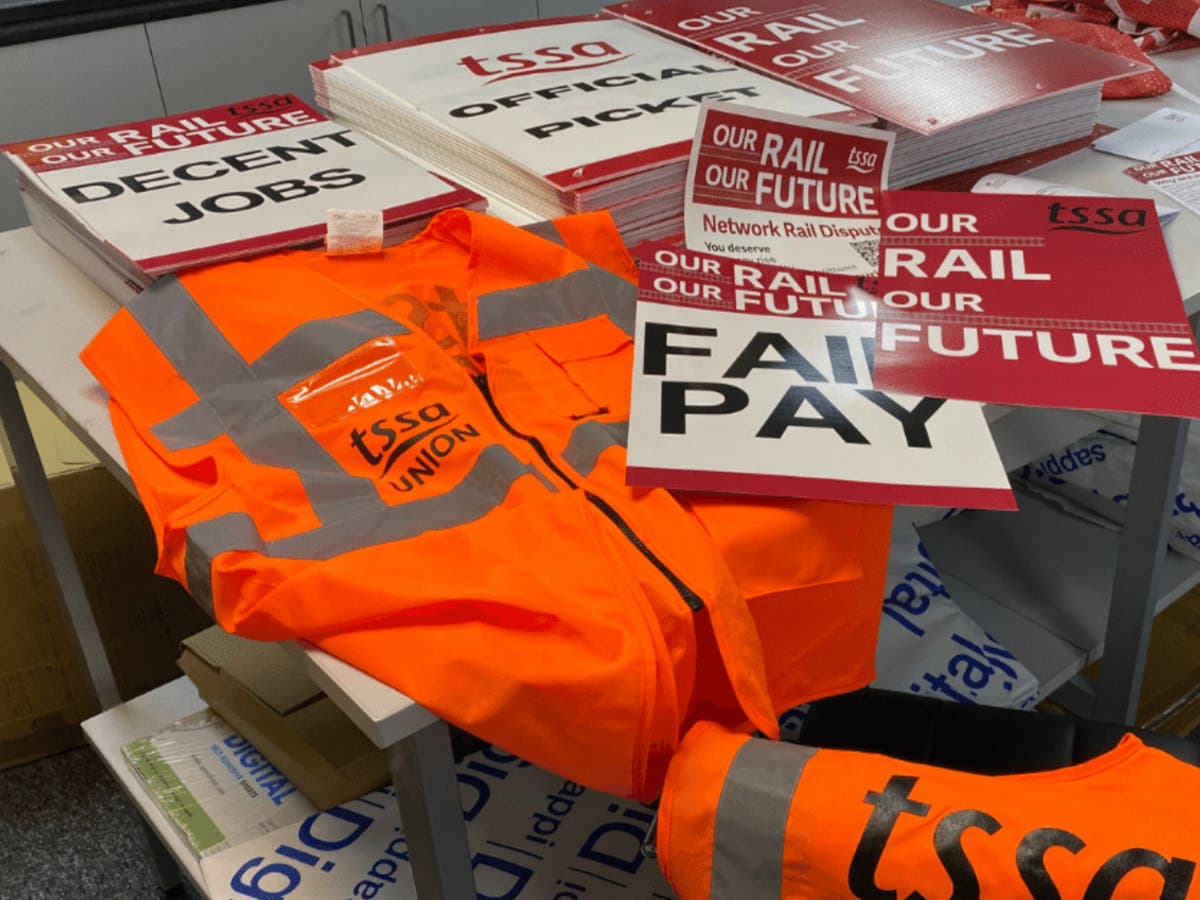 Another rail strike has been announced for September in the ongoing dispute over working conditions and pay. But who’s involved and how will it affect passengers?

Members of the white-collar rail union, the Transport Salaried Staffs’ Association (TSSA) will walk out from 12 noon on Monday 26 September for 24 hours.

The union represents members working as ticket office and gate staff at stations, some control centre and engineering staff and “a wide range of operation and support roles”.

The TSSA is much smaller than the main rail unions, Aslef (representing train drivers) and the RMT (many roles from signalling to guards).

What is the industrial action about?

The TSSA is in dispute with Network Rail and all the train operators regulated by the Department for Transport (DfT) over pay, job security and employment terms and conditions.

The union is striving for a better pay deal than what it calls an “insulting 2 per cent offer” earlier in the summer.

The strike is timed to coincide with the Labour Party Conference being held in Liverpool. The union says: “As a Labour-affiliated union, TSSA will be looking for support from conference delegates and MPs to join them on the picket line to show solidarity in fighting the Conservatives’ cost of living crisis.”

A spokesperson for the Rail Delivery Group (RDG), representing train operators, said: “We are disappointed that TSSA has announced plans to take further strike action at the end of September. The industry is still recovering from the pandemic and passenger numbers remain 20 per cent below pre-Covid levels.”

What will the effect be?

Any strike, by definition, is intended to cause disruption. But while TSSA members play important roles on the railway, the likelihood of significant disruption is low. It’s most unlikely that we’ll see mass cancellations of thousands of trains, as has been the case on days when members of the RMT and Aslef have gone on strike.

In addition, support for strikes is not as strong as with the RMT and Aslef – where ballots have typically gone 90:10 in favour of strikes, on high turn-outs.

But at the latest ballot of West Midlands Trains staff, TSSA members voted 70:30 on a turn-out of 65 per cent – representing only 45 per cent of members.

Could the strike be called off?

A Network Rail spokesperson said: “We agreed a deal on pay and modernisation with some TSSA members a few weeks ago, and as the union has said, we’re making good progress in talks with the rest of their membership.

“We’ll continue to meet with the TSSA over the coming days and weeks, and encourage them to continue working with us to find a breakthrough and avert strike action on 26 September.”

The RDG spokesperson said: “We would urge the union to continue meaningful talks rather than undermining the industry’s post-pandemic recovery.“

The TSSA says: “The union remains in talks with Network Rail about the possibility of a settlement.” But the general secretary, Manuel Cortes, says: “The dead hand of Grant Shapps is sadly stopping DfT train operating companies from making a revised, meaningful offer.

“Frankly, he either sits across the negotiating table with our union or gets out of the way to allow railway bosses to freely negotiate with us, as they have done in the past.

“The reason for the current impasse lies squarely at Shapps’ door and passengers are paying a high price for his incompetence and intransigence.

“I welcome the fact that negotiations are ongoing with Network Rail and the gap towards a resolution is narrowing. Time will tell whether a deal can be done to avert our next strike.”

What does the government say?

A spokesperson for the DfT said: “For the eighth time this summer, union leaders are choosing self-defeating strike action over constructive talks, not only disrupting the lives of millions who rely on these services but jeopardising the future of the railways and their own members’ livelihoods.

“These reforms deliver the modernisations our rail network urgently needs, are essential to the future of rail, and will happen, strikes will not change this.”

The government insists that it is not the employer here and cannot intervene in negotiations between Network Rail, the train operators and TSSA – or the other unions.

But Network Rail is an “arm’s length” part of the DfT, and since the coronavirus pandemic the train operators are effectively doing the DfT’s bidding, so ministers remain very close to the negotiations.