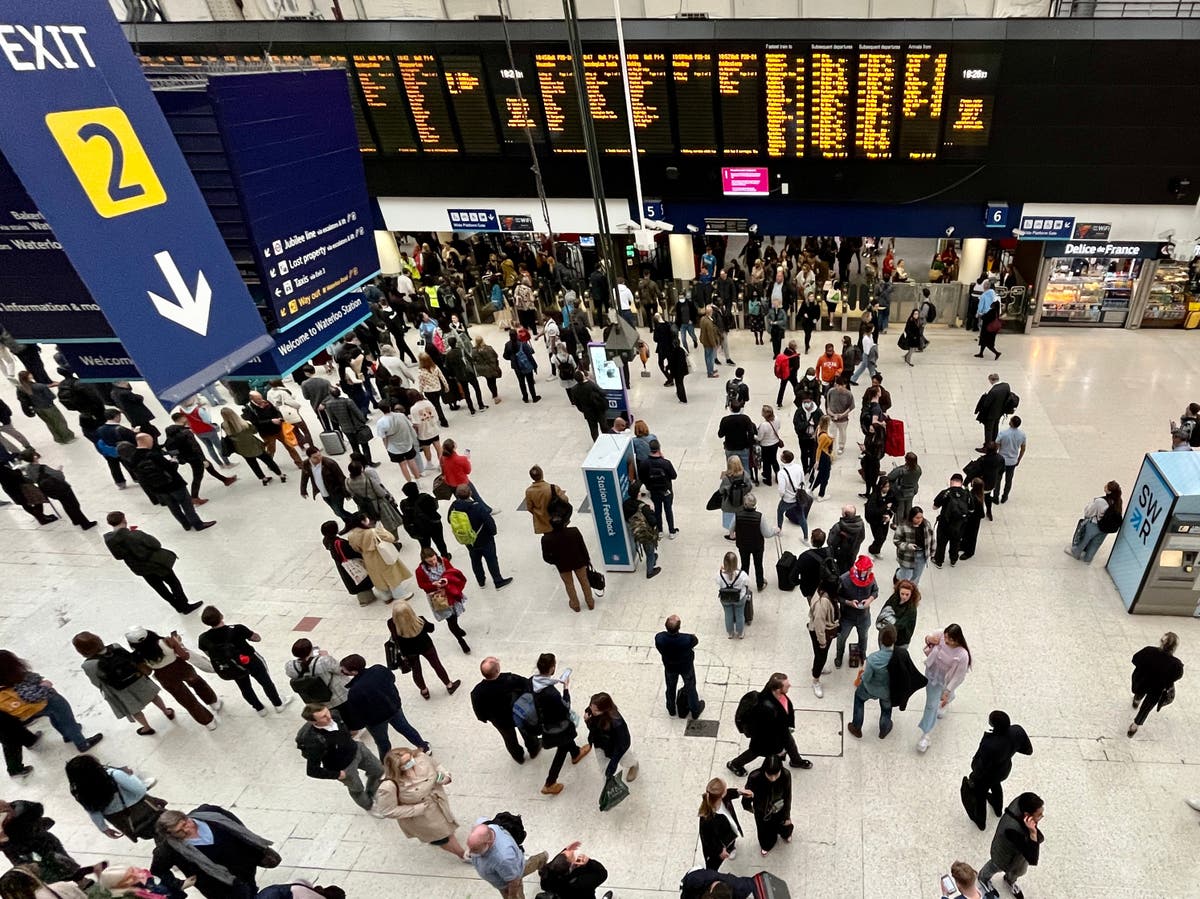 London to Edinburgh for £22 one-way, or under £15 with a railcard: that is one of the bargains in a “rail sale” designed to lure travellers back to trains.

More than one million deeply discounted rail tickets are going on sale as the government and rail industry seek to repair the damage to confidence and revenue caused by the coronavirus pandemic.

From 10am on Tuesday 19 April, travellers will be able to buy approximately half-price tickets for many journeys from 25 April to 27 May inclusive.

The transport secretary, Grant Shapps, said: “For the first time ever, operators across the rail industry are coming together to help passengers facing rising costs of living by offering up to 50 per cent off more than a million tickets on journeys across Britain.”

The half-price deal applies to Advance tickets, which require committing in advance to a specific train. For journeys where these are not available train operators may apply the discount to more flexible Off-peak fares.

A £44 Advance fare from London to Edinburgh on LNER should be available at £22. Railcard discounts still apply, reducing the cost of this journey to £14.50.

The Rail Delivery Group – representing train operators and Network Rail – is coordinating the campaign. The chief executive, Jacqueline Starr, said: “We want everyone to be able to benefit from travelling by train because it’s more than just a journey, it’s a way to connect everyone to the people, places and things they love.”

The number of tickets on offer is insignificant compared with pre-pandemic demand, when more than five million rail journeys were made every day.

But the government and rail industry hope the offer will spur the travelling public to get back on the rails in greater numbers.

In March the Office of Rail and Road revealed that rail usage in the final quarter of 2021 was down 38 per cent on the same three months in 2019.

Journeys made using season tickets were worst affected: they declined by 69 per cent over the same period. But the new promotion is aimed primarily at leisure travel.

Mark Smith, the former British Rail manager who now runs the Seat61.com international rail website, said: “Leisure travel has returned strongly post-pandemic and this is a great move to reinforce that success. What’s not to like about affordable days out?

“But in terms of the cost of living crisis and the persistently sluggish commuter market, a permanent cut in peak fares would be far more helpful that a temporary cut in the off-peak.

“The new Great British Railways organisation has yet to get its feet under the table, we have yet to see whether it will grasp the opportunity for a one-off major fares reform to sort out Britain’s over-complex fares system. This will be the real test, however popular a short-term promotion may be.”

David Sidebottom, director at the independent watchdog Transport Focus, said: “Discounted fares are great news for passengers and will tempt many more to give trains a go.

“Our research consistently shows that better value-for-money fares is one of the key things affecting rail passenger satisfaction.”

Each train operator will apply its own policy on how many tickets to offer and whether to apply “black-out” dates when the half-price deal is not available – for example over the next bank holiday weekend from Saturday 30 April to Monday 2 May.

During the forthcoming long weekend, London Euston station – the hub of the West Coast main line to the West Midlands, northwest England and Scotland – will be closed once again, as it was throughout the Easter weekend.