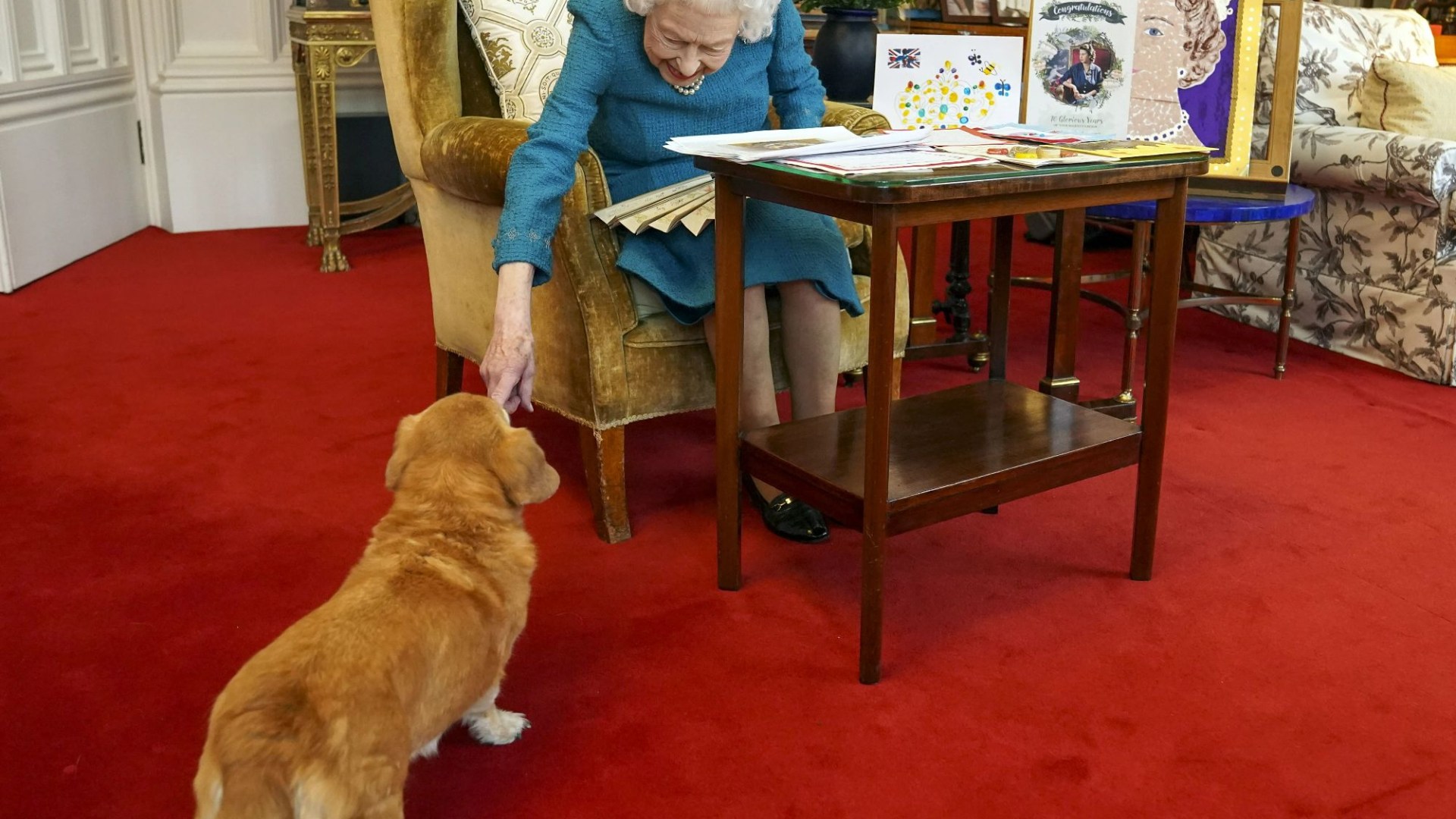 THE Queen suffered heartache with the death of her oldest dorgi shortly before she passed away aged 96.

Candy, a dorgi — a cross between a dachshund and a corgi – sadly died soon after she arrived in the Scottish Highlands at the beginning of summer.

The Queen was reportedly “distraught” at the loss of Candy, who was 18 years old and remained by her side in Balmoral for her final visit before her death on September 8 aged 96.

Staff were surprised to learn that the Queen reportedly decided against burying Candy at Balmoral, and instead chose to fly the dog’s remains to London so she could be buried in Windsor, Daily Mail reports.

Over her lifetime the late monarch owned more than 30, with each one descended from her first, Susan, an 18th birthday present from her father, George VI.

However, none have quite captured the hearts of the nation like Candy.

In February, as Her Majesty modestly marked the 70th anniversary of her accession to the throne, Candy trotted into the Oak Room at Windsor Castle to join her.

The Queen smiled, bent down and gave her a stroke – asking: “And where did you come from?”

She playfully added: “I know what you want.”

The Queen had previously expressed a wish not to add any more corgis – or dorgis – for fear of leaving any young dog behind in the event of her death.

But when the Duke of Edinburgh was hospitalised shortly before his death last March, Andrew presented her with two new puppies.

She named them Muick, after one of her favourite spots at Balmoral, and Fergus after an uncle she never knew.

Her mother’s brother, Fergus Bowes-Lyon, was killed in World War I in 1915.

But in June, on what would have been the Duke’s 100th birthday, Andrew and his daughters, Princesses Eugenie and Beatrice, presented her with Sandy.

It’s believed that Queen Elizabeth II left behind at least three dogs when she passed, including two corgis – Muick and Sandy – and a prize-winning four-year-old cocker spaniel, Wolferton Drama, known as Lissy.

The Queen’s two surviving corgis – Muick and Sandy – have been left to Prince Andrew and his ex-wife, Sarah Ferguson, who reside at the Royal Lodge in Windsor.