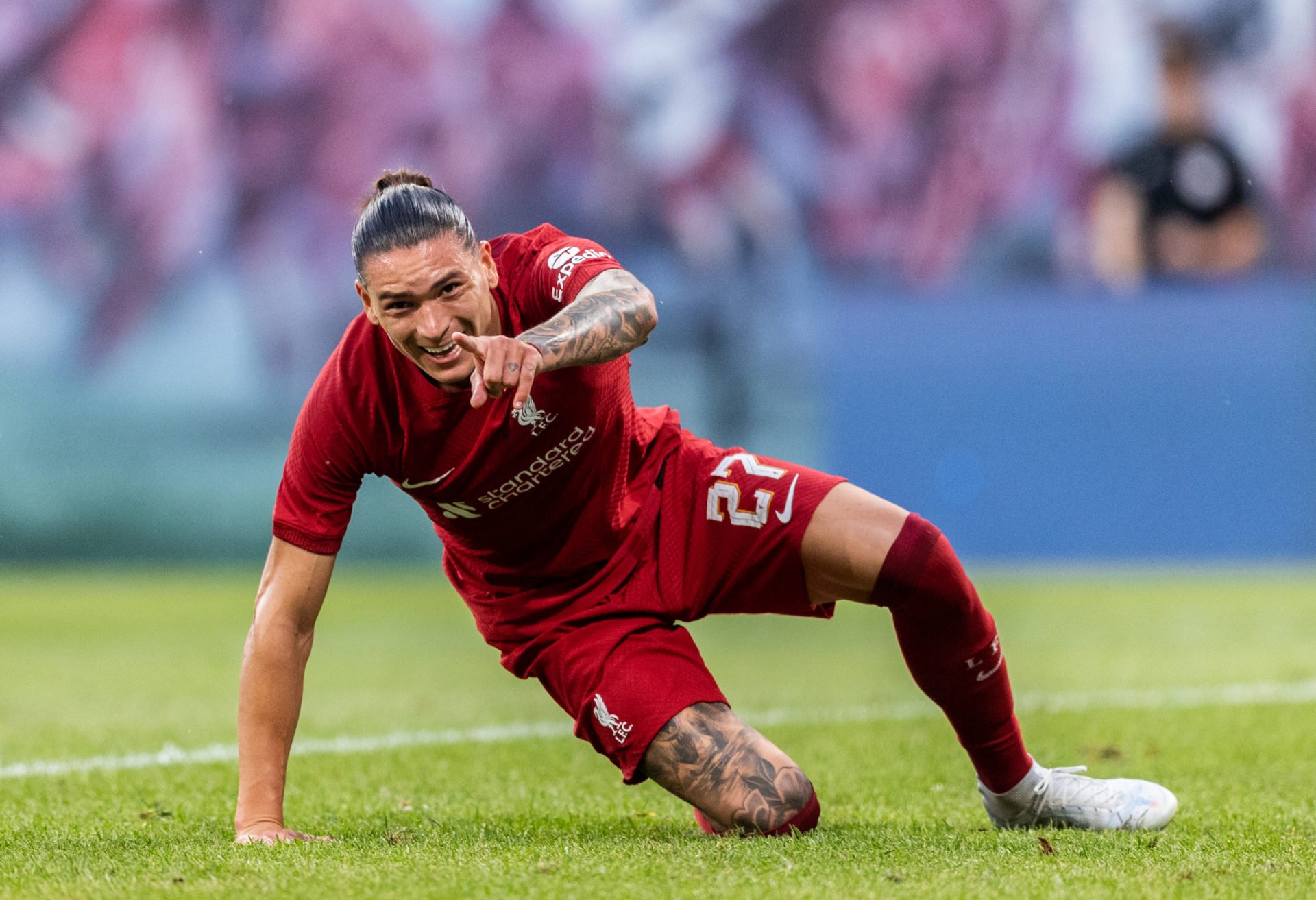 Writing in the BBC Sport predictions column, Danny Murphy has been discussing the emerging rivalry between Darwin Nunez and Erling Haaland.

These two strikers have been compared all summer long. They’re both goalscoring machines who have signed for the two best teams in England, and there’s been much debate as to which player will have the better season.

Indeed, while Haaland is the more proven goalscorer, Nunez’s performance in the Community Shield indicated that he may well hit the ground running in England.

Murphy, despite his Liverpoool affiliations, expects Haaland to get off to the better start, stating that the Norwegian has that bit more experience at the top level.

Murphy gave his verdict on the Premier League’s two most exciting strikers.

“I expect Haaland to settle a little bit quicker than Nunez, only because he has got that little bit more experience, but that is probably a little bit unfair on Nunez because straight away he is looking like a real threat and full of energy. They are going to go toe to toe with City again,” Murphy said.

Remains to be seen

Nunez and Haaland are both hoping to hit the ground running in the Premier League, and while Haaland may look slightly more equipped to be an immediate star, you simply never know until they’ve played a few games.

Players from the Bundesliga can struggle in England, just look at how Haaland’s former teammate Jadon Sancho got on last season.

Meanwhile, Nunez’s former Portuguese League rival, Luis Diaz, was an overnight superstar in the Premier League after joining Liverpool, and there’s no reason why the Uruguayan can’t follow that trajectory.

It will certainly be an intriguing battle between these two, and it won’t be surprising at all if they’re both in the Golden Boot conversation towards the end of the season.

In other news, ‘Said he was nervous’: Klopp suggests Liverpool ace won’t start vs Fulham