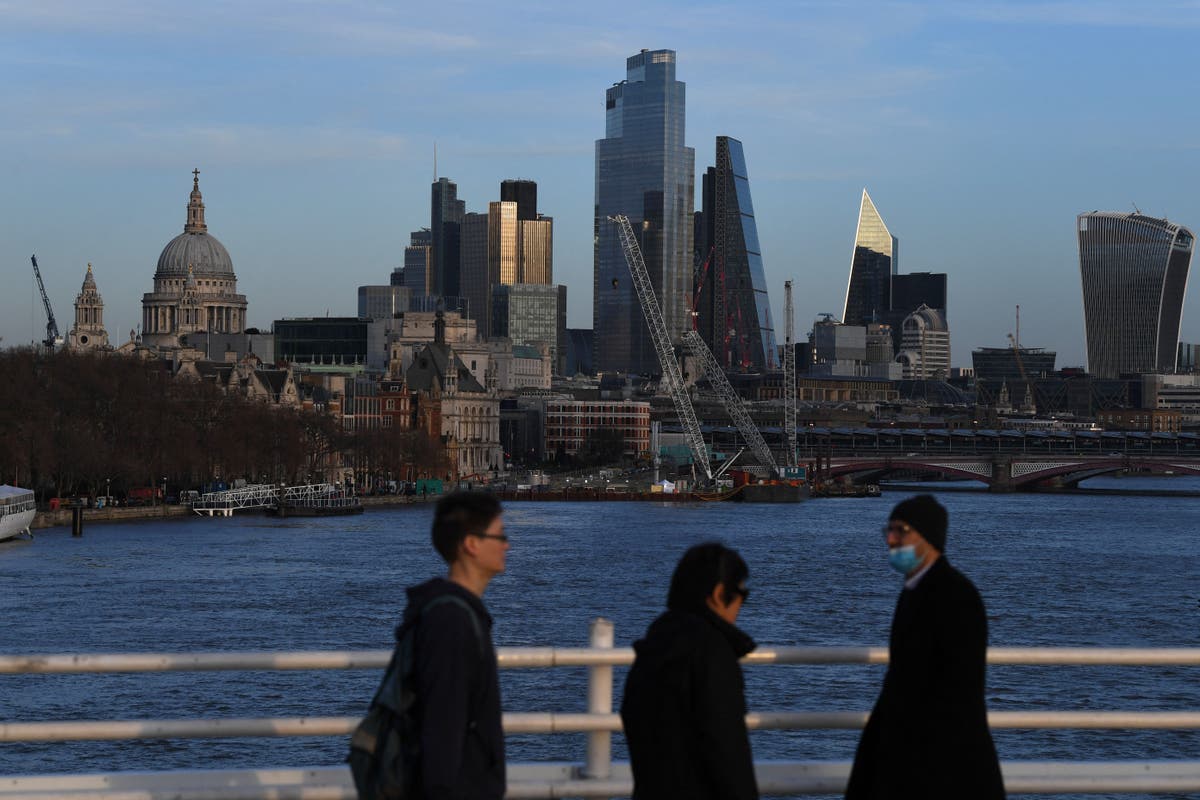 The pound fell to a new two-year low against the dollar on Tuesday, following deepening fears about the future of the UK economy and the threat of a trade war over Brexit.

Sterling slumped more than 1 cent to trade at just above $1.20. The US currency has been strengthened by expectations that the Federal Reserve will aggressively hike interest rates.

Higher rates tend to strengthen a currency as they push up returns for investors.

The Federal Reserve is widely expected to boost rates by 0.75 percentage points tomorrow in a bid to tame inflation which has surged higher than many analysts had forecast.

Record costs for fuel and power have helped to push up prices of goods across much of the world.

The prospect of higher borrowing costs helped to push the main US stock market benchmark into a “bear market”, meaning it has fallen by more than a fifth from its most recent peak.

The S&P 500 opened broadly flat in New York on Tuesday after a 3.9 per cent plunge on Monday.

While the dollar strengthens, the pounds is in freefall, dropping more than a cent against the euro on Tuesday after a series of warning signs for the UK economy

Consumer confidence fell for the sixth consecutive month, according to new survey data from YouGov. That followed news that the economy had unexpectedly shrunk during April as the government wound down its Covid spending, including the test and trace programme.

Gross domestic product (GDP) fell 0.3 per cent in the month, after a 0.1 per cent drop in March.

Meanwhile, wages plunged 2.2 per cent in the three months to April, when adjusted for the soaring cost of living.

The fall in real pay across the economy as a whole came despite unemployment falling close to its lowest level in 50 years. The official unemployment rate dipped by 0.2 per cent to 3.8 per cent, meaning it is below pre-pandemic levels.

Pressures on household budgets are expected to mount as Russia’s war in Ukraine and Western sanctions on the Kremlin keep energy and food prices high.

Domestic energy bills are on course for another sharp rise in October when the price cap is reviewed. Bills already jumped 54 per cent in April, on top of a 12 per cent rise in October last year.

On top of cost of living concerns, markets are also growing increasingly jittery about the fallout from British posturing over the Northern Ireland protocol.

Brussels has vowed to use “all measures at its disposal” to counter a new UK law that would unilaterally override parts of the Brexit deal that are aimed at protecting the integrity of the EU single market while honouring the Good Friday agreement.

The EU is not expected to launch straight into putting tariffs on British goods over the dispute but could begin to ratchet up legal pressure on the UK government.