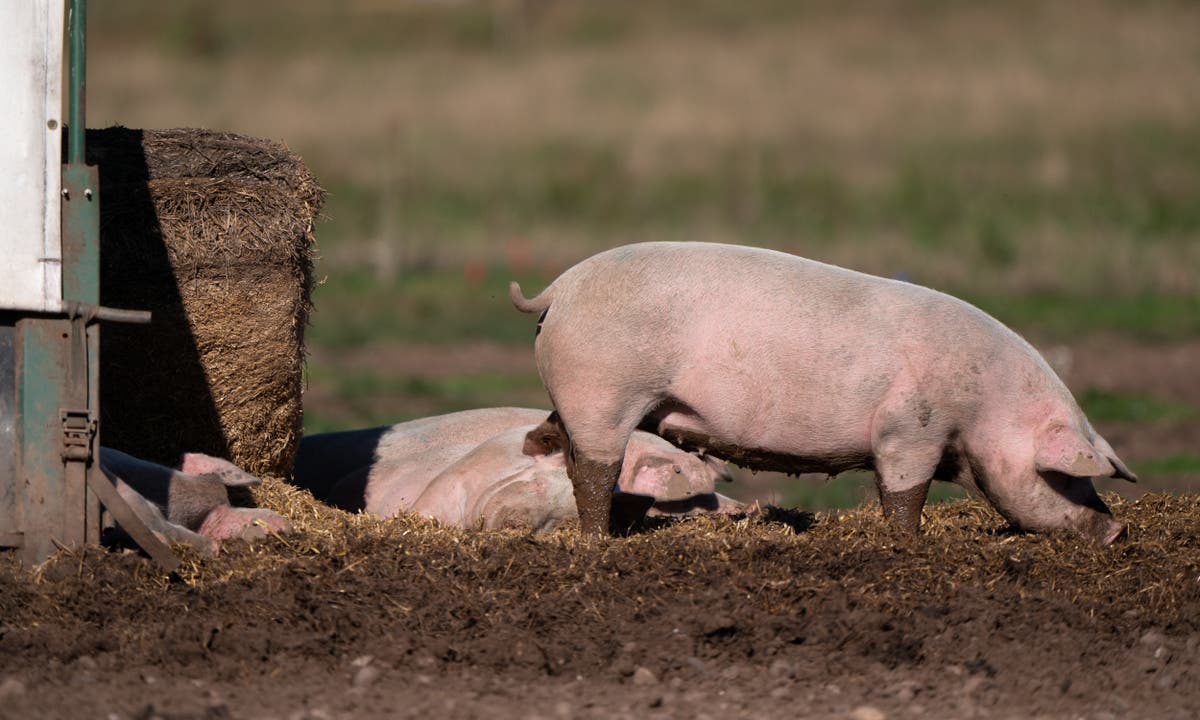 You don’t have to look very hard to see major problems brewing in British agriculture. Farms are packed with 200,000 overweight pigs, glasshouses once laden with salad leaves now sit empty, exports are falling and costs are soaring at a pace not seen for decades.

Farmers report being pushed to breaking point as pressures mount on food production from all sides. The result, they warn, will be less British produce, more imports and higher prices in shops.

Supermarket chains are receiving unprecedented numbers of demands from suppliers to raise the prices they pay for goods. Something has to give.

Suppliers’ demands for price rises are the inevitable result of what National Farmers Union chief Minette Batters has labelled a “perfect storm” battering the industry.

A severe lack of skilled labour is colliding with soaring costs for animal feed, energy, machinery and a host of other inputs.

Now, farmers face a squeeze on vital supplies of fertiliser, as Russia – one of the world’s largest producers – stops production for two months amid growing tensions in Ukraine.

Costs have rocketed for Ali Tapper, who runs Stocks Farm, a 200-year-old hop and fruit farm in Herefordshire.

“Energy prices have gone through the roof, the UK has been hit harder than other countries and the government has failed to introduce some of the mitigation that has been brought in elsewhere,” she tells The Independent.

“It’s pretty hard to grow tomatoes, cucumbers and salad leaves in the UK without energy.”

Ms Capper, who is also chair of the NFU’s horticulture and potatoes board, says many growers are leaving whole glasshouses empty this year. “They can’t bear the energy costs. They can’t compete and it’s simply going to make salad produce too expensive. It’s really hurting the sector.”

While energy and fertiliser costs are dictated by international markets, other pressures have been created closer to home.

A desperate shortage of labour is driving up prices. During harvest season last year in Lincolnshire, the “bread basket of England”, food processing companies were poaching staff from each other at the factory gate, offering higher wages to ensure their produce didn’t go to waste.

But thousands of tonnes of produce – no one knows quite how much – were thrown away in any case, either going into landfill or used for makeshift fertiliser. Few in the industry believe this year will be any different.

The government’s restrictive post-Brexit immigration policy is “not fit for purpose”, says Ms Capper. A temporary visa scheme for farm workers grants access to 30,000 people when the industry needs at least 80,000

“There is an obsession with only bringing in high-skilled workers,” she says. “What happens to all the other jobs?”

The government’s suggestion that businesses should hire local workers makes little sense when unemployment is so low. Not many UK residents want outdoor seasonal work when comfortable, permanent roles are freely available.

Brexit has not just stemmed the flow of workers into the UK. It has also sharply reduced imports of food at a time when domestic production is under threat.

Analysis of official figures for The Independent by the UK Trade Observatory illustrates the scale of the decline.

Food imports from the EU were down 15 per cent between January and October 2021. For comparison, non-EU imports rose 2 per cent.

All of this is before checks on goods began at the UK border in January thus year. Onerous physical checks start in July. Some EU food suppliers have already given up, saying it’s not worth the hassle.

A dramatic collapse in imports might have represented an opportunity for British farmers to fill the gap, but they are struggling.

Pig farmers are among the worst impacted. Soaring costs for energy and feed have helped to push at least 40 producers out of business in the past year.

The number of breeding sows has plunged 10 per cent, meaning the amount of pork Britain produces is likely to fall by a similar amount.

Some 35,000 pigs have been slaughtered on farms in recent months because there aren’t enough skilled workers to butcher them. Those are just the verified kills that the British Pig Association has been able to tally up. It thinks the true figure is much higher.

For around 200,000 pigs, the malaise in British farming has granted them an unplanned stay of execution. They have been left to fatten up on farms when, in normal times, they would have been sent to the slaughterhouse weeks ago.

Now, many of them are getting frisky as they enter an adolescence they were never meant to experience.

An emergency visa scheme to bring in a crack team of 800 European butchers has been a flop. Barely 100 skilled workers have showed up, making a mass cull of thousands more pigs all but inevitable.

This presents an existential problem for farmers who are losing money by the day, says Lizzie Wilson of the British Pig Association.

“These pigs are sat on farms eating lots of feed, and feed is really expensive at the moment. When they do go to slaughter they are so big and out of specification, farmers are only receiving a third or a half of what they’re worth.

“The money coming in isn’t enough to cover bills. It’s dire right now. Farmers have been going through a rough time and there’s no light at the end of the tunnel.”