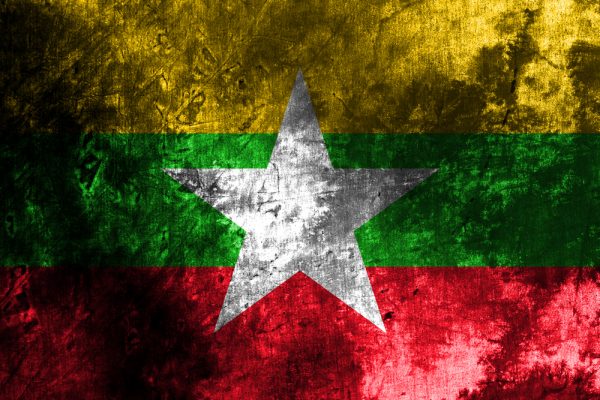 A freelance photographer has become the first journalist to die while in detention in Myanmar since the military’s seizure of power in February tipped the country into crisis. In a cruel twist of irony, Soe Naing was arrested by junta troops on Human Rights Day (December 10), while documenting the remarkable “Silent Strike” boycott in Yangon’s Latha township, when the population vacated the streets in mute protest against the military junta.

The death was confirmed by members of Soe Naing’s family, Radio Free Asia reported yesterday. According to the Associated Press, family members were informed of the death on Tuesday morning and had the body cremated the same day.

The graphic designer and freelance photographer, who leaves behind a wife and child, is the first journalist known to have died in custody since the army seized power in February, ousting the elected government led by Aung San Suu Kyi and the National League for Democracy (NLD).

More than 100 journalists have been detained since the coup, as the Myanmar armed forces, or Tatmadaw, have waged a menacing crackdown on the resistance that swiftly emerged to oppose it. About half have since been released, but the advocacy group Reporters Without Borders (RSF) claims that 53 journalists are still in custody. This week, the junta authorities sentenced three journalists in Shan State to three years in prison for allegedly spreading misinformation, according to a report in The Irrawaddy.

The killing of Soe Naing demonstrates the extent to which the military takeover has turned the country from a flourishing media market into deeply inhospitable terrain for independent reporters. During the decade of limited democratic reforms that took place in the decade prior to the coup, Myanmar’s media flowered: exile media groups like the Democratic Voice of Burma (DVB) and The Irrawaddy relocated inside the country, and new newspapers and journals proliferated. While press freedom was still tightly circumscribed by the NLD government, it was a world away from the blanket repression facing the country’s journalists now.

Since the coup, DVB and other exile media outlets have been forced back underground and into exile. As Philip Smucker detailed in a feature this week for The Diplomat, journalists are continuing, as they did in the old junta days, to run serious risks in order to report on the situation inside the country.

The murder of Soe Naing rounds out a demoralizing week for freedom of speech in Southeast Asia, coming after the shooting death of Philippine journalist Jesus Malabanan last week (the 22nd to lose their life under President Rodrigo Duterte), and yesterday’s conviction and imprisonment of the prominent Vietnamese dissident and activist Pham Doan Trang for anti-state propaganda.

Soe Naing is not the first person to die in custody in suspicious circumstances in Myanmar over the past 10 months. In October, the Assistance Association for Political Prisoners, which has tracked detentions and killings since the coup, had reported 131 deaths in custody, many of them political activists and members of the NLD. In several instances in which bodies were returned to grieving family members, they bore marks that suggested the individuals had been tortured.

According to a recent investigation by the Associated Press, interrogation centers across Myanmar have been increasingly using torture against detainees. Earlier this week, the Myanmar Accountability Project announced that it had submitted evidence to the International Criminal Court, urging The Hague-based tribunal to open a criminal investigation into the “widespread and systematic use of torture” by the military.

This, too, is not a new practice. In June, AAPP reported that it had collected data on 127 deaths from torture inside interrogation camps, prisons, and police custody under the State Law and Order Restoration Council (1988-1997) and State Peace and Development Council (1997-2011). A brief comparison of these figures with those that the junta has racked up in just 10 months reflects the full extent of the barbarity that has been unleashed in the country.