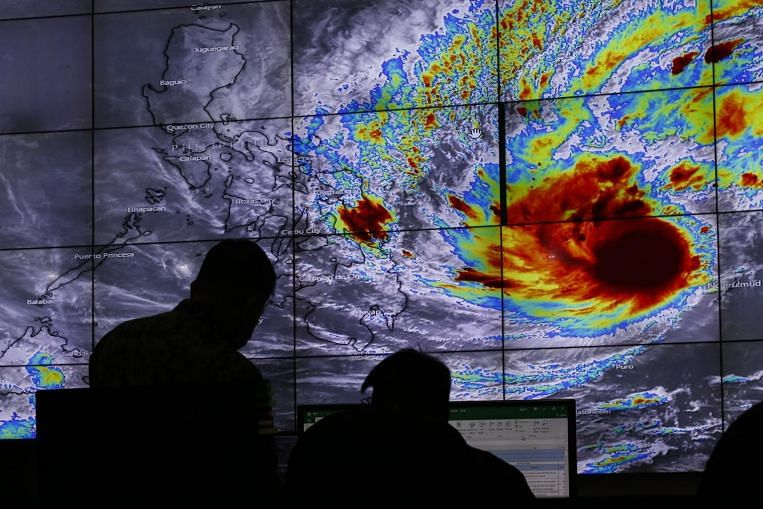 MANILA (REUTERS) – An incoming typhoon has forced the Philippines to delay Covid-19 vaccinations of millions of people living in the path of the storm, as authorities hastened preparations in anticipation of its arrival this week.

Typhoon Rai is expected to hit land on Thursday (Dec 16), bringing strong winds and rain in the central Philippines in what would be the 15th typhoon, and one of the strongest, to hit the South-east Asian archipelago this year. Thousands have been preemptively evacuated.

That will be cut to six regions this week.

Half of the country’s 110 million population has received at least one dose of a Covid-19 vaccine, but coverage remains uneven and the rate of full vaccinations is still low.

The capital region has fully vaccinated most eligible residents, but the rate in central and southern areas is below the national average of 53 per cent.

In its autonomous Muslim-majority southern region, just 13 per cent of eligible residents have been fully vaccinated, government data show.

The weather bureau said typhoon Rai’s wind speed could accelerate to 155kmh from 120 kmh, and it warned of storm surges, flooding and landslides in coastal and mountainous areas in the typhoon’s path.