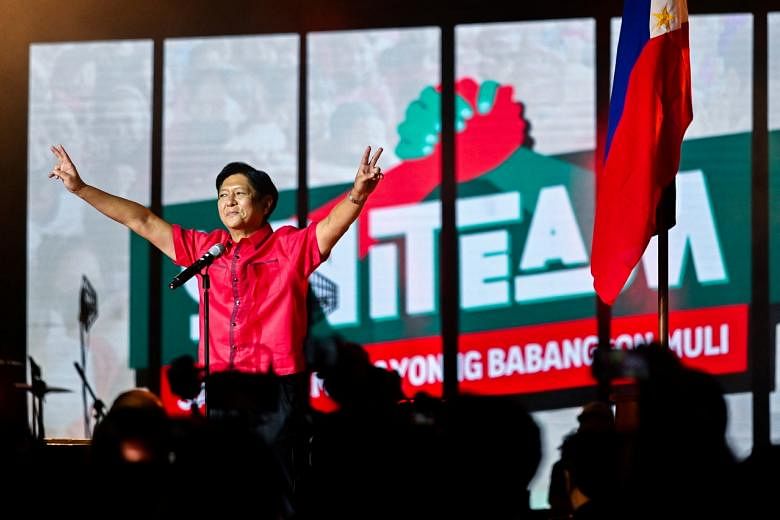 MANILA (REUTERS) – The son and namesake of late Philippine dictator Ferdinand Marcos strengthened his lead over his closest rival ahead of the presidential election in May, results of a new poll released on Sunday (Feb 13) showed.

A total of 2,400 respondents were asked to pick their first choice for president and vice president if the election were held during the survey period, with 60 per cent expressing preference for Marcos, while 16 per cent chose Mrs Robredo.

In the December poll with the same sample size, Mr Marcos was on top with 53 per cent compared to Mrs Robredo’s 20 per cent.

The latest Pulse Asia survey was conducted before the Philippines’ Commission on Elections last week dismissed a series of complaints seeking to disqualify Mr Marcos, removing a major hurdle for him in the May 9 contest.

The complaint’s petitioners have vowed to challenge the decision and can appeal to the Supreme Court.

The election body also rejected a complaint seeking the cancellation of Mr Marcos’ certificate of candidacy.

As the frontrunner, Mr Marcos appears poised to complete a remarkable rebranding of the family name 36 years after a “people power” uprising ended his father’s autocratic rule.