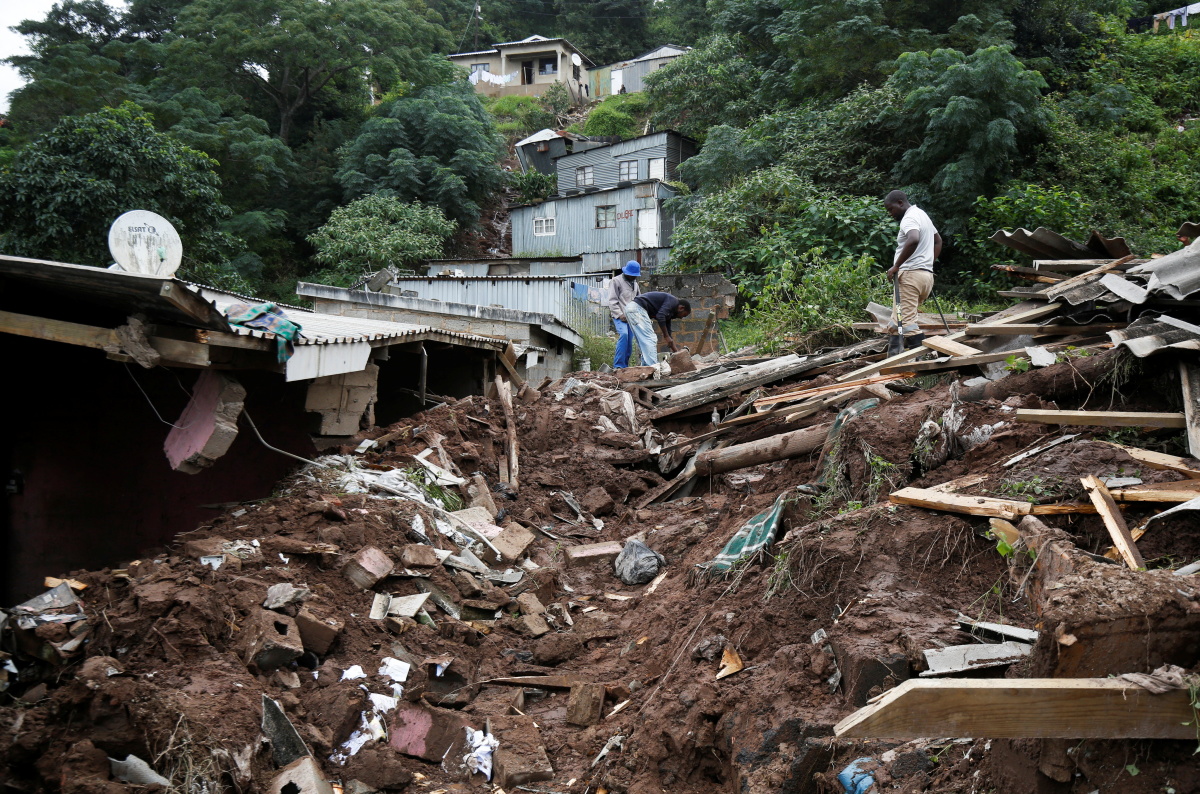 Apetrol tanker washed ashore on a beach in front of the Durban Country Club in KwaZulu-Natal province on Tuesday morning after unprecedented flooding hit parts of South Africa’s south-eastern coast.

The beach was almost covered with debris left by flood waters. Local authorities were seen working to remove the tanker from the shore. Meanwhile, the death toll from the floods has now climbed to 341, while hundreds have been displaced in KwaZulu-Natal. The province is the worst hit and has been declared a disaster area, according to a report in Aljazeera.

“It is bad, it is bad. We don’t have anything. I don’t even have a bed,” Somi Malizole, a resident of Isiphingo informal settlement, told Reuters.

“The place is always flooding, but this time around it was worse, we have never seen it like that before,” said another resident. President Cyril Ramaphosa, who visited the province, said that the disaster has been “a catastrophe of enormous proportions,” and has cited climate change as the reason behind.

“We no longer can postpone what we need to do, the measures we need to take to deal with climate change. Our disaster management capability needs to be at a higher level,” said Ramaphosa. A report by the Intergovernmental Panel on Climate Change (IPCC) earlier this year had said that humanity is not prepared for the climate changes already happening worldwide.

South Africa appears to be the latest victim of climate change. Several areas of the province have been left disconnected, with roads and bridges washed away in the floods. The authorities have been struggling to send basic supplies to the residents of Durban city.

The city has also been seeing protests due to an alleged lack of official assistance. “The level of devastation of human life, infrastructure, and service delivery network in the province is unprecedented,” said Sihle Zikalala, premier of KwaZulu-Natal. He added that a total of 40,723 people have been affected.

The government of KwaZulu-Natal province has also made an appeal to the public to come forward and help stranded citizens by donating non-perishable food, bottled water, clothes and blankets.

According to the reports in local media, the government had to deploy the South African National Defense Force to assist with rescue and mop-up operations.