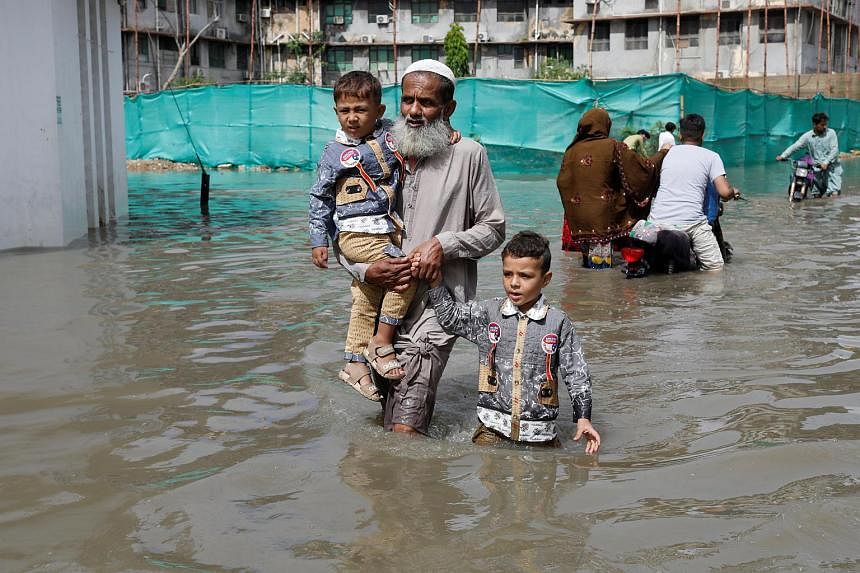 Most underpasses were flooded and there was nowhere to pump the flood waters out to, the chief minister for Sindh province, Mr Murad Ali Shah told reporters.

He said an unprecedented 126mm rain had fallen in three hours.

One death had been confirmed in the latest spell of Monsoon rains, adding to the 29 reported since they began last month.

The streets of posh areas such as the Defence Housing Authority (DHA) complex and Clifton were flooded, with water gushing into houses.

The Pakistan Navy was also taking part in the relief and rescue operations, the Navy said in a statement.

“Deeply saddened by the tragic losses due to torrential rains in Karachi,” Prime Minister Shehbaz Sharif said on Twitter. He offered every possible support for the Karachi administration.

The highway linking Quetta city to Karachi was also closed for traffic as sections of it were swept away by flash floods.

In south-west Balochistan province, about a dozen villages in Lasbela district were submerged as the Winder River overflowed and water flooded into houses.

The Navy and local officials had rescued about 500 people and local administration from the affected villages so far, government official Farhan Suleman Ranjho told Reuters.

The metrological office has forecast more rains in coming days.