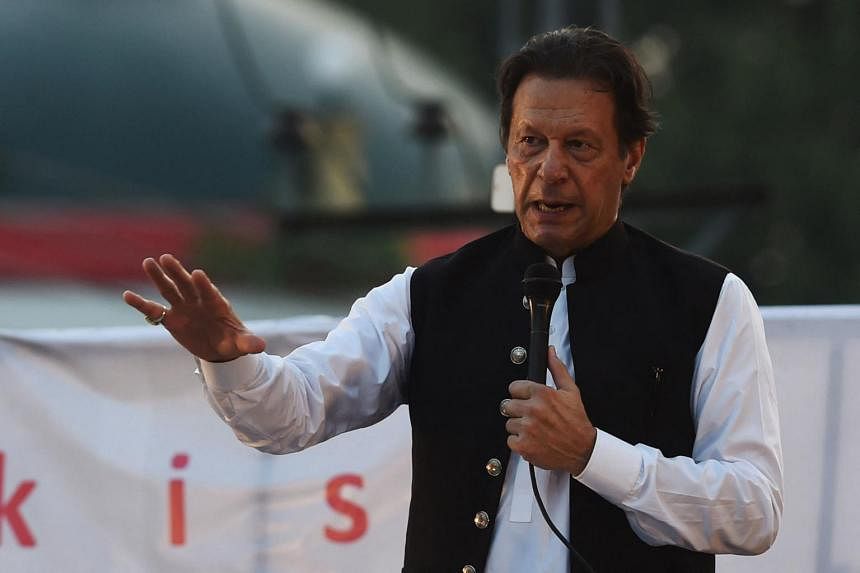 ISLAMABAD – Pakistan’s former prime minister Imran Khan plans to resume his push for snap elections in the South Asian nation even as he faces legal worries that could derail his political career.

On Wednesday, Mr Khan asked his supporters to prepare for the new protest – the “True Freedom” movement – which would start on Saturday. He gave no other details.

In the past, the former leader held large public rallies and urged his supporters to march to the capital Islamabad.

Mr Khan’s announcement comes as the Islamabad High Court is set to formally charge him on Thursday with contempt for angry comments against a female judge he made at a public rally last month.

If convicted, he could face up to six months in prison. Any criminal conviction would also bar him from running for office for five years.

The political tensions come as Pakistan is reeling from catastrophic floods that have killed more than 1,500 people, impacted more than 33 million, and caused more than US$30 billion (S$42.62 billion) worth of damage.

The country is also battling soaring inflation and near record drop in its rupee despite securing a loan from the International Monetary Fund a month ago.

Interior minister Rana Sanaullah has warned that any attempts to reach the city’s red zone – home to foreign embassies and public offices – would be blocked, according to news reports.

The federal government has also increased security in Islamabad ahead of the court’s hearing and in anticipation of protests by Mr Khan’s supporters.

After being ousted in April through a no-confidence vote in Parliament, Mr Khan has been drawing massive crowds at rallies as he demands early elections.

The government has said it plans to continue its term that ends in August next year. BLOOMBERG