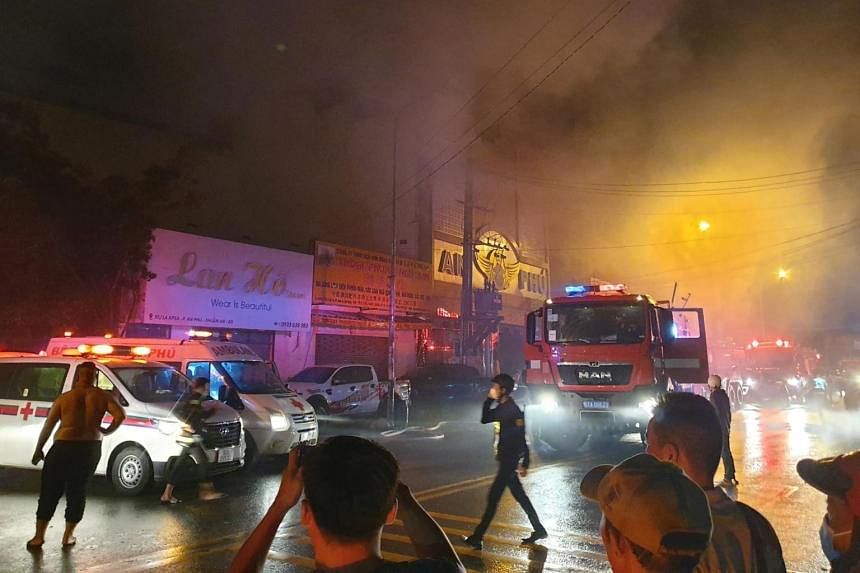 HANOI – Vietnamese authorities have arrested the owner of a karaoke bar where a fire killed 32 people earlier this month, police said on Saturday.

Seventeen people were injured, with many suffering broken bones after the flames forced them to jump from the roof, police said.

He will be held in custody for four months while the investigation continues, police added.

While 15 of the injured have been released from hospital, two of the most seriously hurt are still receiving medical treatment.

The bodies of the 32 people killed have been handed over to their families.

Sixty people were inside the 30-room bar when the fire erupted.

Authorities initially blamed an electrical short circuit for the blaze but said the bar had met all fire safety standards in checks over the past three years.

Vietnam has experienced several deadly fires in recent years, including two at karaoke bars in Hanoi, prompting the prime minister to order an inspection of all high-risk venues. AFP