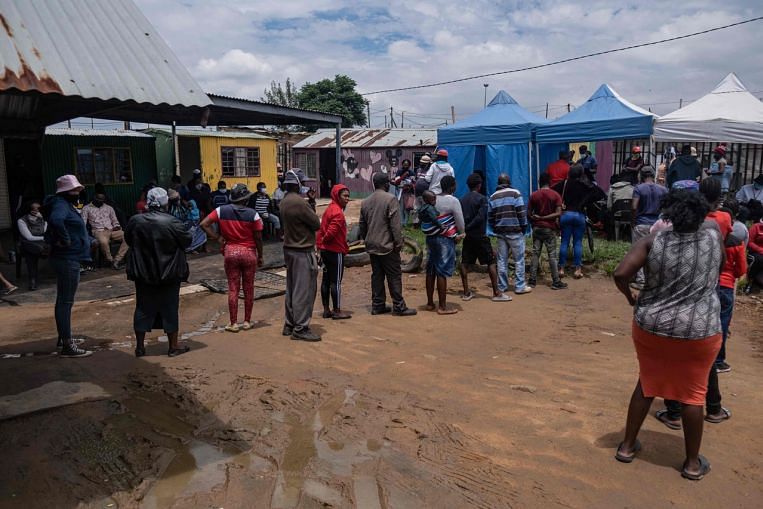 KUALA LUMPUR (REUTERS) – A flagship UN conference in China next spring, where governments are set to ink a new global pact to protect nature, could be thwarted by stricter travel restrictions imposed to contain the Omicron coronavirus variant, environmentalists have warned.

About 195 countries are set to finalise an accord to safeguard plants, animals and ecosystems – similar to the Paris climate agreement – at the UN summit, known as COP15, scheduled for April 25 – May 8 in the city of Kunming.

But the rapid spread of the new Omicron variant of Covid-19 around the world could throw a spanner in the works of the talks, which have already been postponed three times due to the difficulties of meeting face to face during the pandemic.

The next round of in-person technical negotiations on the draft agreement and ways to put it into practice – planned for Geneva in January – was already delayed this month, possibly until March, because of Omicron concerns.

“The upshot… is that COP15 may also need to be postponed again,” said Ms Lin Li, director of global policy and advocacy at green group WWF International.

“It is important that governments use any extra time effectively to ensure an ambitious draft biodiversity agreement is adopted in Kunming,” she said in a statement.

Improving conservation and management of natural areas, such as parks, oceans, forests and wildernesses, is seen as crucial to safeguarding the ecosystems on which humans depend and limiting global warming to internationally agreed targets.

But forests are still being cut down – often to produce commodities such as palm oil and beef – destroying biodiversity and threatening climate goals, as trees absorb about a third of planet-warming emissions produced worldwide.

WWF’s Ms Li said governments should not use the uncertainty of the pandemic and related hurdles to the COP15 talks as an excuse to limit the goals and urgency of the planned agreement.

“Nature loss has not gone away and threatens both human lives and the global economy,” she said. “With one million species currently threatened with extinction, delaying action is not an option.”

The postponement of next month’s Geneva meeting threatens to leave the COP15 negotiations in limbo, said Ms Georgina Chandler, senior international policy officer at the Royal Society for the Protection of Birds (RSPB).

“We must not go another four months without any progress,”she said, calling for the discussions to go ahead online if necessary instead of put off further.

Worries about the biodiversity talks are rising despite a boost from the COP26 climate summit in Glasgow last month.

There, world leaders pledged to halt deforestation by 2030 and to invest US$19 billion (S$25.94 billion) in public and private funds to protect and restore forests.

Dozens of nations also promised to do more to safeguard nature and overhaul farming, including committing US$4 billion to spur innovation such as developing crops that are more resilient to droughts, floods and heatwaves.

Agreement at COP26 to phase down coal power globally will also have significant implications as mining operations – often carried out in or near areas rich in biodiversity – are reduced, green groups said.

“COP26 was extremely helpful in raising the profile of nature and keeping the momentum going toward COP15,” Ms Linda Krueger, director of biodiversity at The Nature Conservancy, a US-based green group, told the Thomson Reuters Foundation.

“It emphasised the links between climate and nature in a way we’ve never seen before,” she added.

Britain, which hosted the COP26 summit, put a strong focus on the connections between climate change and biodiversity, noted Ms Susan Lieberman, vice-president of international policy at the New York-based Wildlife Conservation Society.

“Kunming will be a test of whether governments just gave good speeches in Glasgow or if the commitments made will truly be turned into actions to reduce CO2 (carbon dioxide) in the atmosphere and protect biodiversity as part of the solution,”she said.

But countries may feel the pressure is off with regard to nature as they have already “done their bit” at COP26, warned Ms Chandler of the RSPB, a UK-based conservation charity.

Any loss of political momentum could be compounded by further logistical delays to the COP15 process.

Mr Li Shuo, a policy advisor at Greenpeace China, said the COP26 gathering, with more than 40,000 registered attendees, showed it was possible to hold a major global environmental conference during the pandemic – but not “without problems”.

Participants face considerable health risks, he said, noting equitable access to vaccines and the inability of some delegates from developing nations to travel were “huge issues” for COP26.

“All of these need to be carefully thought through for COP15,” he added.

Mr Charles Barber, a senior biodiversity advisor at the US-based World Resources Institute, said Covid-19 safety procedures at the Glasgow climate summit, which he attended, were “pretty intense”, with daily testing and online logging of results.

Likening the steps taken to the popular Netflix drama ‘Squid Game’ – with an honour system that combines self-preservation with concern for others – Mr Barber said allowances Britain made for unvaccinated people and a lack of social distancing in many areas of the conference would unlikely be replicated in Kunming.

“China is China – so it can and will be pretty strict,” he said, adding the Kunming summit would likely now be delayed following the postponement of the Geneva talks due to Omicron.

More financial commitments and in-person negotiations are still needed to hammer out an ambitious nature deal, he added.

Ms Krueger of The Nature Conservancy said the shortfall in funding needed to halt and reverse biodiversity loss is a sticking point in the COP15 negotiations.

The recent COP26 pledges will help convince nature-rich developing nations that their efforts to protect forests and other vital ecosystems will be supported, she added.

But the draft nature pact still needs improvement when it comes to tackling drivers of biodiversity loss, such as commercial agriculture, infrastructure and finance, she said.

“It makes little sense to raise billions to save nature when governments are spending trillions on the other side of the ledger to support activities that harm ecosystems and wildlife,” she added.