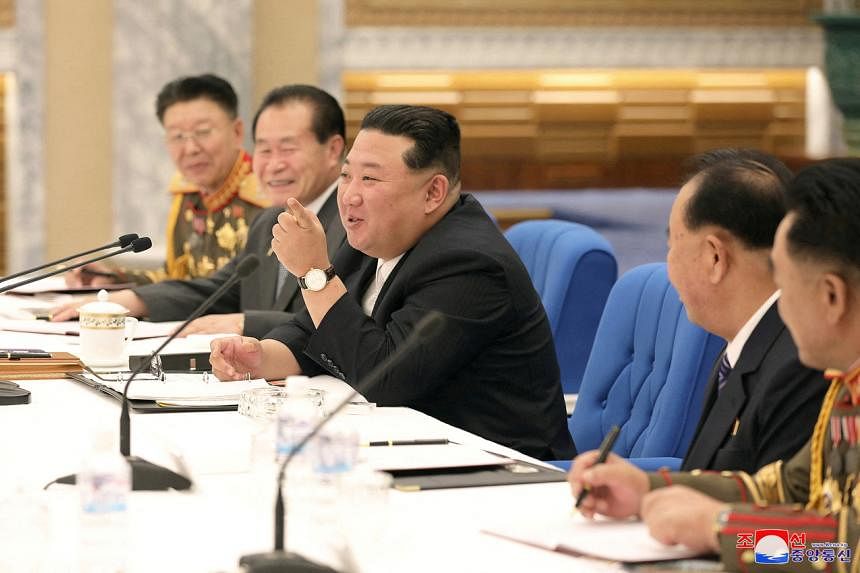 SEOUL (REUTERS) – North Korean leader Kim Jong Un continued to preside over the second day of the nation’s major party meeting on its military and defence policies, the state media reported on Thursday (June 23), amid concerns over a potential imminent nuclear test.

The meeting is being closely watched as it could provide clues on the timing of a nuclear test, which the North is seen to have been preparing for weeks. South Korean officials have said the test can come “at any time” and that the timing would be decided by Mr Kim.

But an official at South Korea’s presidential office on Wednesday said he thought North Korea could be delaying what would be its seventh nuclear test in consideration of China’s political calendar and the nation’s Covid-19 situation.

Mr Kim on Tuesday also presided over the military meeting, which KCNA reported would discuss major tasks to further enhance the function and role of the military commissions at all levels as well as the military policy line and key defence policies of the party.

In April, he called on the country’s military to “bolster up their strength in every way to annihilate the enemy”, and has tested an unprecedented number of ballistic missiles this year, including massive intercontinental ballistic missiles (ICBMs), new hypersonic missiles, and a short-range missile potentially designed for tactical nuclear weapons.

Meanwhile, North Korea has recently reported an outbreak of an unidentified intestinal epidemic in its farming region, which has been adding further strain on the isolated economy, already battling chronic food shortages and a wave of Covid-19 infections.