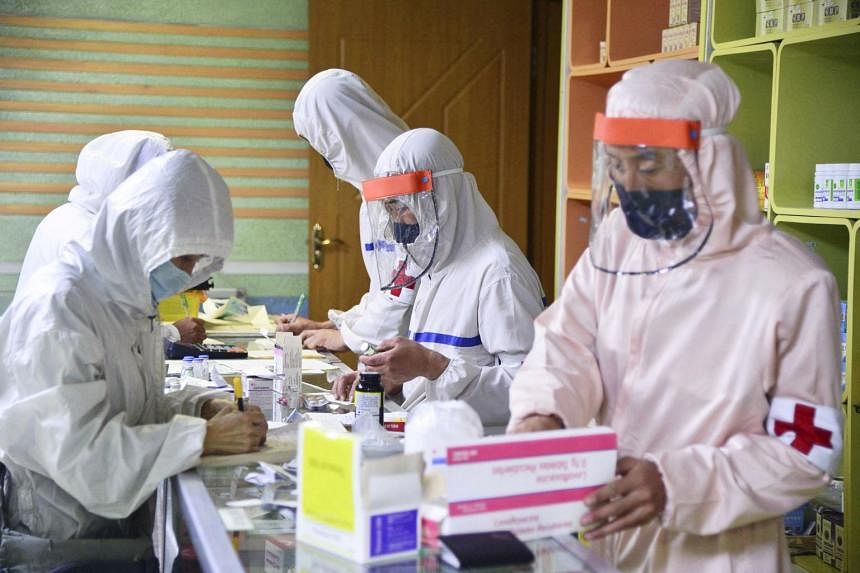 SEOUL (REUTERS) – North Korea is on the path to “finally defuse” a crisis stemming from its first acknowledged outbreak of Covid-19, the state news agency said on Monday (July 18), while Asian neighbours battle a fresh wave of infections driven by Omicron subvariants.

The North says 99.98 per cent of its 4.77 million fever patients since late April have fully recovered, but due to an apparent lack of testing, it has not released any figures of those that proved positive.

“The anti-epidemic campaign is improved to finally defuse the crisis completely,” KCNA said. It added that the North had reported 310 more people with fever symptoms.

The World Health Organisation has cast doubts on North Korea’s claims, saying last month it believed the situation was getting worse, not better, amid an absence of independent data.

The North’s declaration could be a prelude to restoring trade long hampered by the pandemic, one analyst said.

“Under the current trend, North Korea could announce in less than a month that its Covid-19 crisis is over and that could be a prelude to resuming cross-border trade,” said Dr Cheong Seong-chang, director of the Sejong Institute’s North Korea studies centre in South Korea.

Pyongyang blamed its outbreak on “alien things” near its border with the South, urging its people to avoid anything that comes from outside.

Daily new cases of fever in North Korea reported by KCNA have been declining since the reclusive country first acknowledged in mid-May that it was battling an outbreak of Covid-19.

Lacking a public vaccination effort, the North said it was running intensive medical checks nationwide, with daily PCR tests on water collected in borderline areas among the measures.

The North also said it has been developing new methods to better detect the virus and its variants, as well as other infectious diseases, such as monkeypox.

North Korea’s claim of “anti-epidemic stability” comes as other Asian countries grapple with a new wave of infections.