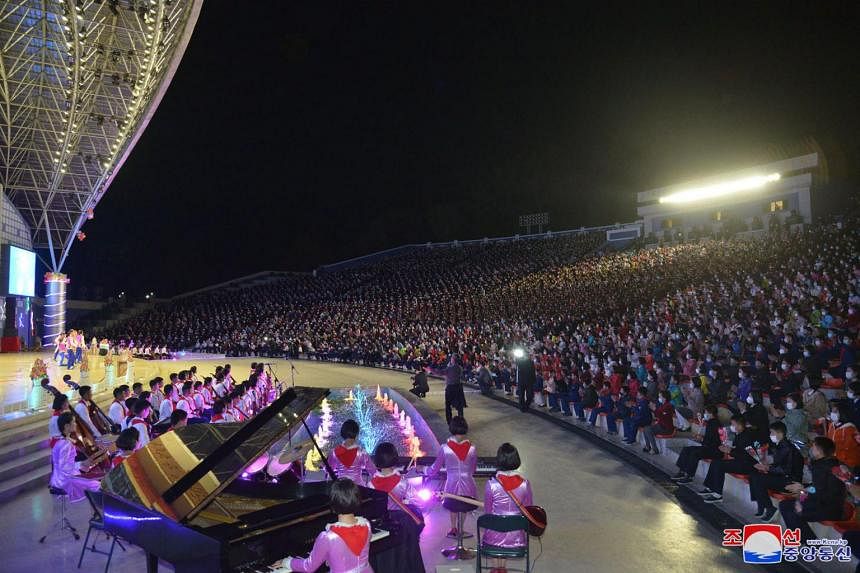 SEOUL (AFP) – North Korea celebrated the birthday of its founding leader on Friday (April 15), state media reported, but mystery surrounded when a military parade – at which the regime may unveil new weapons – might happen.

Known as the Day of the Sun in the nuclear-armed North, the April 15 birthday of the late Kim Il Sung – grandfather of current leader Kim Jong Un – is one of the most important dates in Pyongyang’s political calendar.

There has been a steady drumbeat of celebratory coverage in state media leading up to the day itself, including commemorative stamps, light festivals, dance parties and floral tributes.

The anniversary comes three weeks after North Korea staged its largest intercontinental ballistic missile test ever, the first time Mr Kim’s most powerful weapons had been fired at full range since 2017.

That test was the culmination of a record-breaking blitz of sanctions-busting launches so far this year and signalled an end to a self-imposed moratorium on long-range and nuclear tests.

Analysts and South Korean and US officials had widely expected Pyongyang to mark April 15 with a military parade to unveil new weaponry, or even a test of the country’s banned nuclear weapons.

But there was no mention on Friday in state media of any such event.

But another expert said it now seemed likely Pyongyang’s main military parade could now be held on April 25 – the anniversary of the founding of the North Korean army.

“Since the two anniversaries are just 10 days apart, it seems a bit difficult to hold a parade on both occasions,” Professor Yang Moo-jin of the University of North Korean Studies told AFP.

On previous anniversaries, Pyongyang has broadcast footage of military parades on state TV only many hours after the events were held, and not flagged them in advance in official newspapers.

Seoul military officials said they had no immediate information to share on a possible parade in Pyongyang, but the Unification Ministry said it was “closely monitoring” the situation.

Kim Il Sung died in 1994 but is the country’s Eternal President, and his preserved body lies in state in a red-lit chamber at the Kumsusan Palace of the Sun on the outskirts of the capital.