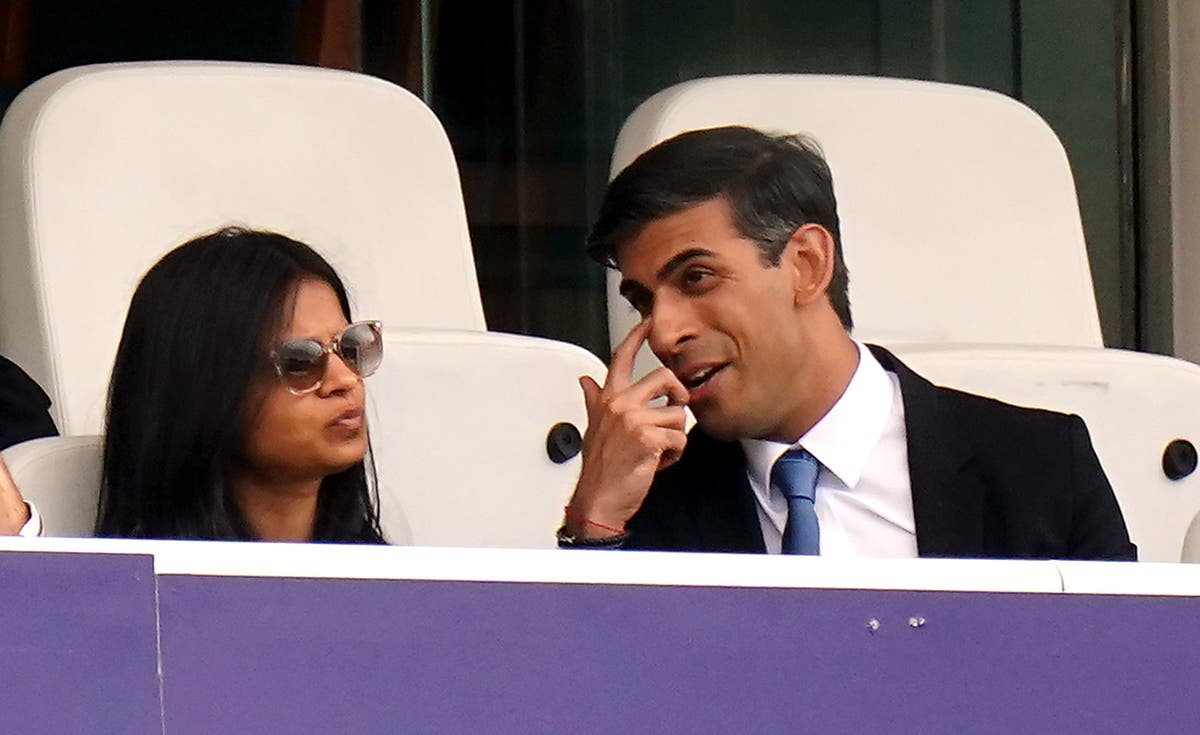 The data come amid heightened interest in the tax break after revelations about how it has been used by leading politicians and their families.

Another former chancellor, Sajid Javid, used an offshore trust to perpetuate the benefits of non-dom status while an MP and working in the Treasury as a ministerial aide, The Independent reported earlier this month.

Arun Advani, associate professor at the University of Warwick, said in response to the figures: “This is a reminder that, while the non-dom regime is alien to most people, use of this tax break is common among the wealthiest.

“The latest figures show the use of this tax perk has continued to remain high, continuing to cost the Treasury money during a cost of living crisis.”

Using so-called non-dom status allows individuals not to pay tax on their worldwide income, unlike other ordinary taxpayers, who must pay income tax on any income whether earned at home or overseas.

It can be claimed on a remittance basis on an individual’s tax return and is costly to retain over time. A person must pay £30,000 a year if they have lived in the UK in at least seven of the previous nine tax years, rising to £60,000 if in the country for at least 12 of the previous 14 tax years.

Non-doms are able to reside in the UK for 365 days a year, though there are supposed to be limits on how long they can use the status to cut their tax bills. The status should be used on a tax return only if an individual has been living in the UK for fewer than 15 of the past 20 years.

However, creating offshore trusts, often based in tax havens, can allow individuals to perpetuate some of the tax benefits that come with using non-dom status.

There is no clear evidence of how much the tax benefit costs or benefits the total tax gathered by the UK.

A new analysis from the London School of Economics and the University of Warwick shows that one in seven billionaires on the 2020 Sunday Times Rich List (STRL) is unlikely to be resident in the UK for tax purposes.

However, of those on the STRL who do live full-time in the UK, close to one third, 28 per cent (251 people), are likely to be non-dom. That compares with 0.1 per cent of the wider UK population.

Andy Summers, associate professor at the London School of Economics Inequalities Institute, said: “Around half of billionaires have significant ties abroad. But those lower down the list appear to be more rooted in the UK, with only one in five living or coming from overseas.”

One in seven billionaires, 14 per cent, reside in zero or low-tax jurisdictions, according to the study. Popular locations include Monaco, the Channel Islands, the Isle of Man and The Bahamas.

Hannah Tarrant, research officer at the LSE Inequalities Institute, said: “Though many own substantial wealth in the UK, it is striking to see that one in seven of the billionaires lives in a tax haven.”