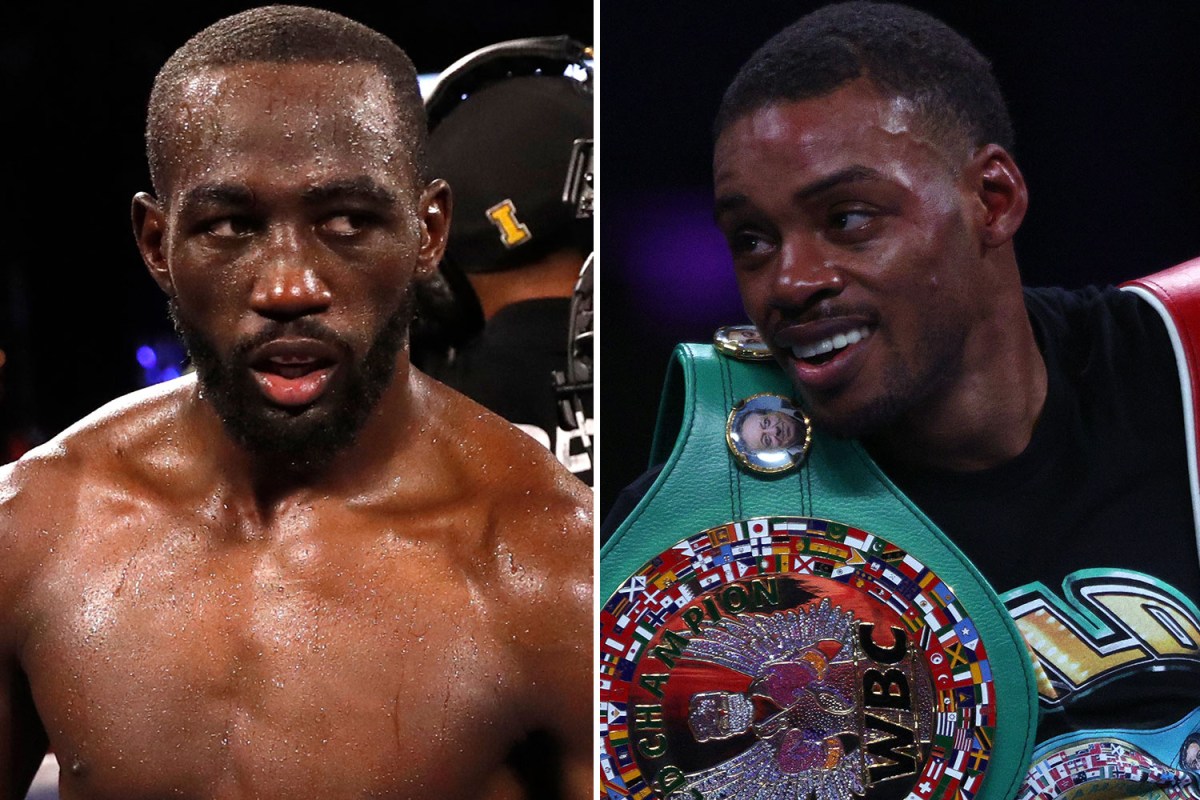 TERENCE CRAWFORD is ready for an undisputed super-fight with Errol Spence Jr.

Spence left Yordenis Ugas’ right eye so battered their welterweight unification was brought to an end in round ten.

The Texan added the WBA belt to the WBC and IBF straps he brought into the fight.

And afterwards he called out Crawford, whose WBO title is the only thing standing in Spence’s way of undisputed supremacy.

“No more talk no more side of the street let’s go.

“Keep my belts warm I’ll be coming to grab em later this year.”

In the past, promotional and network alliances have stood in the way of the all-American dream-fight.

It leaves nothing standing in the way of a mega-fight with Spence, who himself called for the score to be settled once and for all.

Spence said: “Everybody knows who I want next, I want Terence Crawford next.