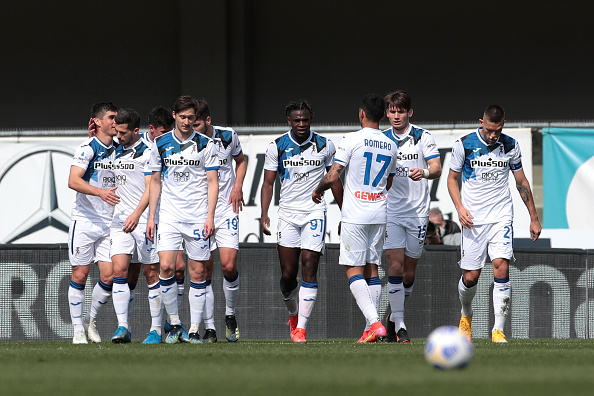 Newcastle wanted Duvan Zapata in January and could now sign the Atalanta striker for just £15million this summer.

The Magpies have enjoyed a productive window so far, which was kickstarted by a permanent deal for loanee Matt Targett from Aston Villa.

Botman was a key target in January but Newcastle had to wait months to get him in – and it could be a similar story with Atalanta striker Duvan Zapata.

Newcastle allegedly offered a deal worth £19million for Zapata during the January transfer window.

That was formed of a £4million loan deal with a mandatory £15million permanent deal if Newcastle stayed up.

Atalanta said no, but transfer insider Dean Jones reported that Newcastle did have personal terms sorted with Zapata.

They just couldn’t agree a deal with Atalanta – and then Zapata missed two months of the season due to an adductor injury.

Zapata still managed 10 goals and four assists in 24 Serie A games last season, continuing his reputation as one of the top strikers in Italy.

The 31-year-old now appears to be available though as The Sunday Mirror (10/07, p76) report that Newcastle have been told that Zapata can be signed for £15million.

That’s the permanent fee Newcastle offered in January so such a deal may well appeal.

Newcastle take on Atalanta in a pre-season friendly at St James’ Park later this month; if the Magpies are still keen, who knows who Zapata could line up for in that game?

The Colombian international has been likened to Romelu Lukaku over in Italy but it’s a little difficult to imagine Newcastle going for this deal.

Both Callum Wilson and Chris Wood are 30 now and adding another striker with a similar age profile in Zapata just wouldn’t make sense.

That’s why Newcastle have been going for younger strikers with potential in Hugo Ekitike and Armando Broja, to name just two.

Atalanta may now want to cash in on Zapata but the ship may well have sailed on a move to Newcastle.

In other news, £30m player has picked his next club amid Leeds and Arsenal interest