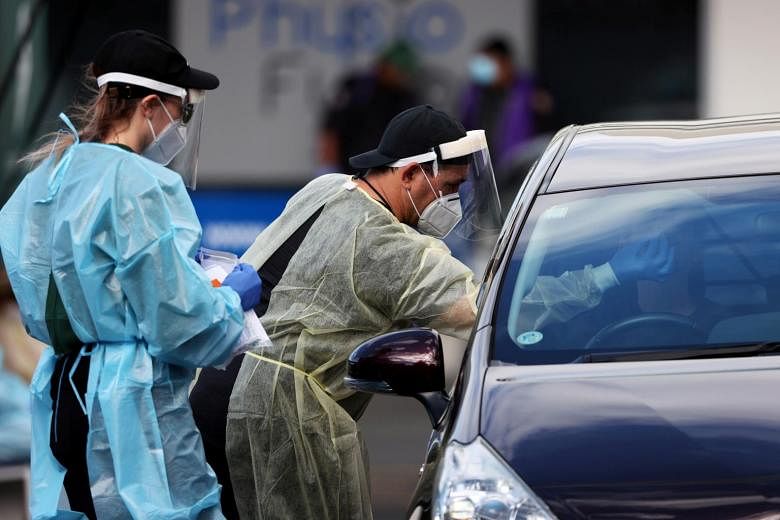 SYDNEY (BLOOMBERG) – Covid-19 cases in New Zealand have more than doubled in the two days since Christmas Eve, with 126 new infections in the community reported on Sunday (Dec 26).

Forty-five people are hospitalised with the virus, including eight in intensive care.

Further south in Victoria, numbers declined 27 per cent compared to a day prior with 1,608 new cases. Six more people in Victoria entered the intensive care unit, with 129 people in the ICU across both states.

The picture is similar in other parts of the nation, with Queensland state registering 714 cases and Tasmania reporting a new daily record of 44 cases.

More than 180,000 tests were conducted for Covid-19 in Australia’s two most populous states over the Christmas Day holiday.

New South Wales State Premier Dominic Perrottet addressed the growing frustration at long lines at testing centres across the state as citizens scrambled to comply with travel rules for some destinations.

“If you do not feel unwell, if you are not advised by New South Wales Health, there is no need to receive a PCR test,” Mr Perrottet told reporters on Sunday. “You are taking spot in the queue from somebody who needs a test.”