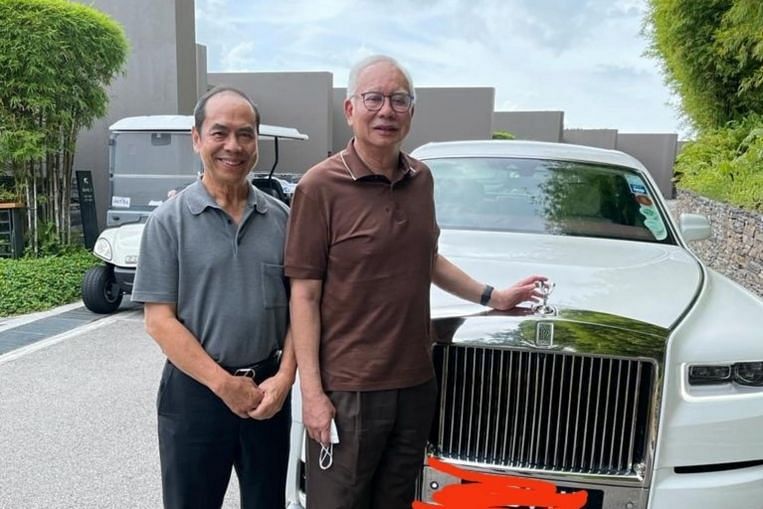 KUALA LUMPUR (THE STAR/ASIA NEWS NETWORK) – Malaysia’s former prime minister Datuk Seri Najib Razak on Sunday (Dec 12) responded on social media to backlash he received after earlier posting a picture of himself meeting up with Sam Goi, better known as the Popiah King, in Singapore.

The former prime minister had received many questions on social media asking why he was still allowed to leave the country.

He had stated back in October that his purpose of visiting Singapore was to visit his daughter who was then expecting.

“Must I be with my grandchild 24/7 during the six days I am in Singapore?” asked Najib in response to a Facebook post questioning the purpose of his visit to Singapore.

He added that the meeting with Goi was to discuss a business matter.

“He asked about Malaysia’s current direction in economy and development because he is planning to invest further in Malaysia,” Najib wrote.

“Sam Goi was a fan of the economic and development policies during my time as a prime minister and yes, that Rolls Royce belongs to him.”

He added: “Is it so wrong for me to spend my personal time giving my opinions to a potential foreign investor to Malaysia despite me no longer being the prime minister?”

In July last year, the High Court found Najib guilty of all seven counts in the SRC international cases and was found to have abused his power as a prime minister and finance minister.

Najib is set to appear again in court on Monday.