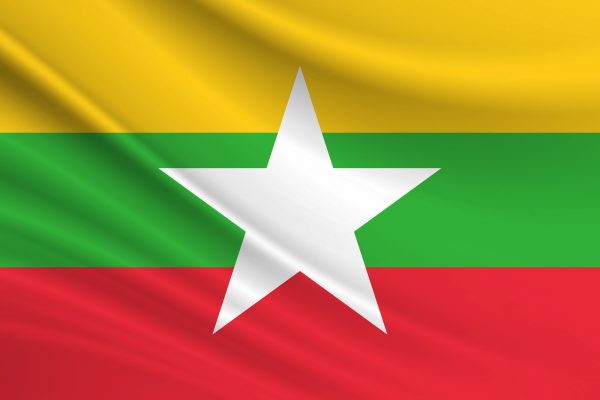 But there are good reasons to think this concession will serve the military administration’s broader goals.

Myanmar’s military junta has declared that it will allow a special envoy from the Association of Southeast Asian Nations (ASEAN)  to meet with members of the ousted civilian government on a future trip to the country.

According to a senior official from Cambodia, which as this year’s ASEAN chair has the unenviable duty of leading the bloc’s response to Myanmar’s tangled political crisis, coup leader Senior Gen. Min Aung Hlaing made the promise in a call with Cambodian Prime Minister Hun Sen on January 26.

“They have said during the video conferencing between our prime minister and senior general Min Aung Hlaing that they would provide access to some of the NLD figures, but we don’t know those yet,” Kao Kim Hourn, a minister in Hun Sen’s office who was part of the video meeting, told the Reuters news agency yesterday.

Engaging “all parties” in dialogue is a key aim of the Five-Point Consensus established by ASEAN last April, as is granting the current special envoy, Cambodian Foreign Minister Prak Sokhonn, access to the various contending parties. But the implementation of the Five-Point Consensus has languished in the face of the military junta’s dissimulation and foot-dragging. In June, for instance, when the last ASEAN special envoy, Brunei’s Erywan Yusof, traveled to Myanmar, he was blocked from meeting with detained members of the NLD.

In this context, while the promise of limited access for Prak Sokhonn represents a small concession on the part of the junta, there is little reason to think that it marks any meaningful breakthrough. Leaving aside whether any of the junta’s promises can be taken at face value – just ask Hun Sen, who yesterday incorrectly announced the junta’s release of detained Australian economist Sean Turnell after receiving “false information,” possible from the Myanmar military authorities – it will almost certainly not involve a meeting with ousted leader Aung San Suu Kyi, who is currently facing more than 10 criminal charges that are transparently designed to seal her irreversible retirement from political life.

The most important question is who from the NLD the military administration would view as both suitably symbolic and politically innocuous to make available to the envoy and his delegation. Some clues may have been offered in the recent comments of a junta official, who declared that three-quarters of the NLD were “moderate,” and so would potentially be permitted to meet with the ASEAN special envoy, while the remaining quarter were “hardliners” and would be dealt with according to the law. Indeed, in his interview with Reuters, Kao Kim Hourn admitted that the prospect of a meeting between Prak Sokhonn and Aung San Suu Kyi was unlikely.

This points to the second reason to be skeptical of a breakthrough: namely, that these concessions are being offered in service of the junta’s wider goal of co-opting a portion of the NLD, perhaps to be reanimated in some form for stage-managed elections next year, in order to sever the party from the gathering resistance to its rule.

Rather than allowing the special envoy full access to detained NLD members, which would be in line with the spirit of the Five-Point Consensus, the junta is seeking to buy off the Cambodian government by offering access to a few hand-picked officials. But almost by definition, any detained NLD official made available by Myanmar’s military would have little power to advance meaningful dialogue involving “all parties.”

The fact is that the junta has slowed down the process of implementing the Five-Point Consensus to such an extent that even limited and cost-free concessions look like major breakthroughs. In the absence of any desire to cease its violent attacks on the anti-coup resistance and engage in equal political dialogue with those opposing (assuming the latter would be interested in such talks), it is doubtful Sokhonn’s meeting with a few NLD officials will make any meaningful advance in the Five-Point Consensus, let alone a resolution to Myanmar’s tortured crises.