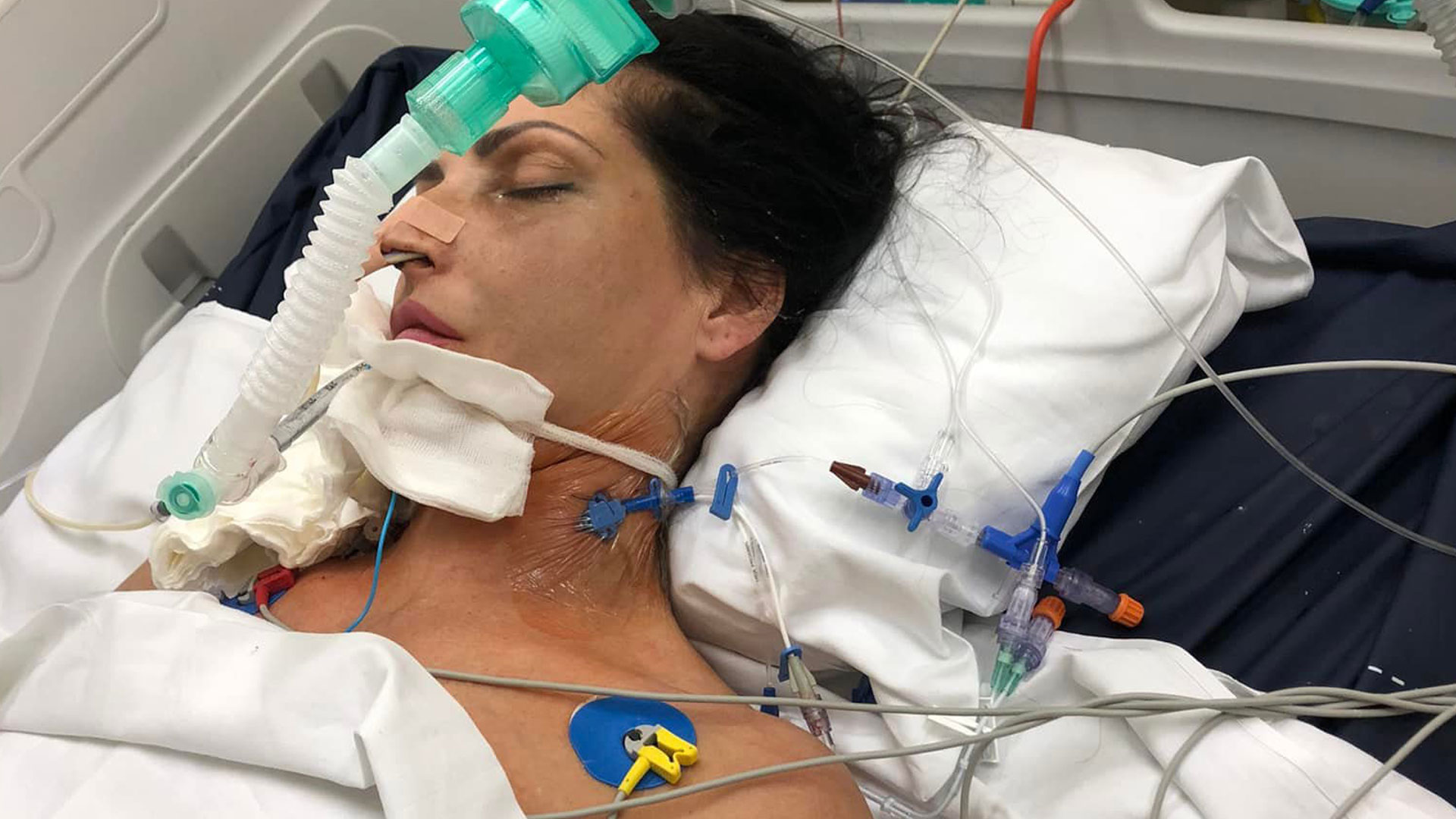 A WOMAN’S botched £18k cosmetic surgery has left her in a coma – she’ll never recover.

Dagmara flew in from the USA to be by her sister’s bedside in Poland after her dentistry operation went horribly wrong.

Beata Filipek’s family in Leeds claim the 57-year-old had been given fentanyl during the procedure and had a bad reaction that led to permanent brain damage.

The gran-of-three, who is a Polish national and is said to have exercised every day, was suffering from bone loss in her lower jaw and wanted implants to maintain her appearance.

She booked in for the £18,569 procedure at a private dental clinic in Lublin, eastern Poland, on April 13 and was supposed to have her aunt pick her up afterwards.

That afternoon, she texted her aunt saying the surgery was going ahead and should last 90 minutes, plus the two hours needed to recover from anaesthetics.

But Beata’s aunt called at 7pm and after getting no reply, decided to go to the clinic on her own.

She was shocked to find her niece lying unconscious on the bed with a plastic mask on her face.

She was rushed to an intensive care unit at a nearby hospital and just days later, was met by her sister Dagmara, who flew into Poland from the USA to find out what really happened.

“I entered the doctor’s office under the pretext that I was a client,” she said.

“They took me upstairs. He closed the door, and only then did I admit that I was Beata Filipek’s sister.

“He got very scared and said ‘I really don’t know what happened, but her blood pressure started to drop.

“‘It was very hard to pull out teeth. I even stopped doing the procedure because I felt something was wrong.

“‘I ordered a quick recovery from anaesthesia. But what happened, you have to talk to the anaesthesiologist’.”

Dagmara called the anaesthesiologist who allegedly told her: “I don’t know what happened, but she got some convulsions.”

Beata only had three teeth removed and had no implants in because the doctor didn’t have time to insert them.

The clinic – which is now under investigation – was due to return the money for the unfinished procedure.

“I am completely devastated. I have told my three children that their grandmother will never recover from her injuries,” she said.

“We are all due to fly out to Poland next week to say our goodbyes.

“She has now been transferred from hospital to a rehabilitation centre but I’ve been told by doctors she is brain dead and will never recover.

“A couple of weeks ago she opened her eyes which gave us some hope but doctors have confirmed that there is nothing more they can do.

“She was so fit and healthy before this surgery. We need answers as to what has gone so badly wrong.

“Apparently she was given fentanyl and she has reacted to it.”

Dagmara, who has lodged a complaint with the prosecutor’s office, is holding a bedside vigil in Poland.