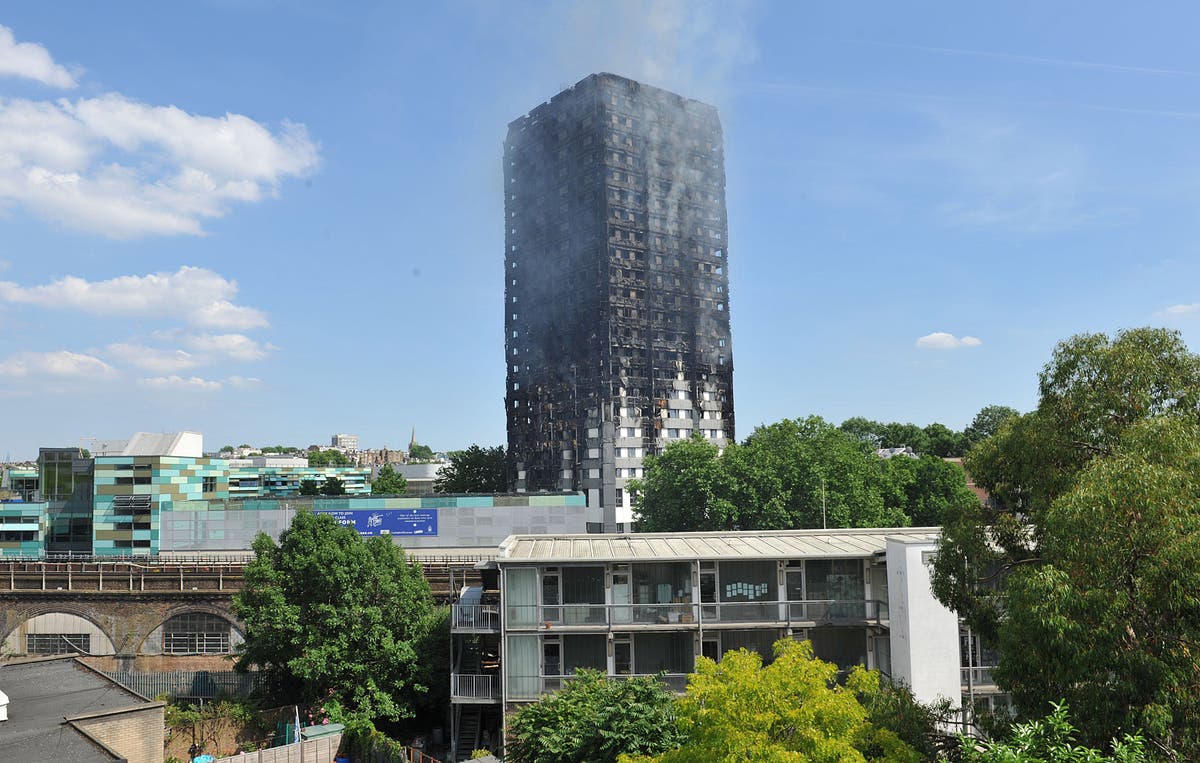 Five years on from the tragic fire that claimed 72 lives in Grenfell Tower, the inquiry into events leading up to 17 June 2017 has uncovered some stunning evidence.

The hearings have laid out a litany of failings, missed opportunities, a shocking level of complacency and what the inquiry’s cousel Stephanie Barwise QC has described as a “cover-up” that went up to ministerial level in government.

While the earlier phases of the inquiry looked at the events of that fateful night and the failings of companies that sold combustible building materials, the latest phase has zeroed in on the government’s role.

These are some of the most alarming reveleations, among many many more.

The UK government had all the evidence it needed to know as far back as 2002 that the dangerous cladding used on Grenfell Tower should “never, ever” have been installed on tall buildings.

When the cladding – which consisted of a plastic core coated with thin sheets of aluminium – was tested in 2001, molten metal began to drip from the panel after just three minutes.

Documents reviewed by the inquiry showed the 30-minute test was halted after just five minutes for safety reasons when flames raged as high as 20 metres.

The Building Research Establishment (BRE), a privatised testing organisation which carried out the test in summer 2001, handed its evidence to government in September 2002.

Dr Debbie Smith, former managing director of the BRE told the inquiry it was the government’s responsibility to release the findings.

Asked whether the government “was in no doubt at all that ACM panels” with a polyethylene core should “never, ever” be used over18 metres, Ms Smith said yes, providing the government trusted the methodology.

Despite the “catastrophic” test failure, ACM panels were widely marketed as being compliant with a key standard known as Class 0, which meant they could be used on high-rise residential blocks.

The government issued no warning to industry and did not withdraw the Class 0 standard despite major concerns about its adequacy. ACM cladding was allowed to be installed on hundreds of high-rise developments over the fifteen years following the 2002 report.

The man responsible for crucial building regulations guidance on fire safety for almost 20 years admitted he could have potentially prevented the Grenfell Tower fire on a number of occasions.

Brian Martin, the head of technical policy for building regulation, was given numerous warnings that the construction industry was using dangerous cladding, in part because guidance he was responsible for was confusing and unclear.

He admitted he did not appreciate the scale of the risk.

Mr Martin claimed that he had updated the guidance, known as Approved Document B to highlight the dangers of plastic-cored cladding, following a series of major fires.

However, the new guidance only referred to “filler” without explicitly stating that it meant cladding panels.

The civil servant conceded that he was concered that if he specifically referred to the dangers of cladding panels then manufacturers might take legal action against the government for failing to consult on changes to the guidance.

Asked if this was therefore “really more about… keeping it under the radar” and making the change “sufficiently quietly that people wouldn’t make a fuss”, Mr Martin said: “I think there was a component of that in the thinking, yes.”

Eric Pickles, who led the hosing ministry through a crucial period between 2010 and 2015, caused anger among bereaved families when he challenged the inquiry not to waste his time.

Under questioning, Lord Pickles told the inquiriy’s senior counsel to “use his time wisely” because he had a very busy afternoon of meetings.

Lord Pickles said: “By all means sir, feel free to ask me as many questions as you like, but could I respectfully remind you that you did promise that we would be away this morning and I have changed my schedules to fit this in.”

The former minister was in charge of what was then the Department for Communities and Local Government when the inquiry found that key lessons from the 2006 Lakanal House fire were not learned.

He claimed that his department’s failure to act swiftly to implement the coronoer’s recommendations would not “have made any difference whatsoever”.

The inquiry’s lead counsel, Richard Millett QC, said: “You were spectacularly out of touch with what was happening in your department.”

Mr Pickles added: “This isn’t about deregulation,” but about the “nameless victims” of Grenfell.

He then struggled to remember how many people had died, eventually guessing at 96, which was the number of people who lost their lives in the Hillsborough tragedy, until the death of a Liverpool fan was last year ruled as the 97th.

72 people were killed in the Grenfell fire.

Grenfell in numbers on fifth anniversary of fire

One of the UK’s leading fire safety experts said last week that a key aspect of government advice is flawed and must be changed urgently.

Professor Professor José Torero, a professor of civil engineering at University College London, called for a change to advice that residents in most high-rise blocks to “stay put” in the event of a fire.

This is not safe if the buildings contain materials that allow any amount of fire spread on the external walls.

This is not something that the UK’s current testing regime can guarantee, so the stay put guidance must be changed, Professor Terero wrote.

“Any building envelope that allows for any form of fire spread will not be consistent with a ‘stay-put’ strategy,” he wrote.

“Depending on the design of the building, and the building envelope, different approaches can be considered, but all of them will have to guarantee that the fire will not spread beyond the unit where it originated.”

He added: “Current testing practices and the prevailing professional competency do not enable us to make this characterisation [no external fire spread] with confidence.

“Thus, the abandonment of the ‘stay-put’ strategy for [high-rise residential buildings] is essential.”

The government ignored a key recommendation from the inquiry despite earlier claiming that all of the findings would be followed.

Priti Patel rejected recommendations to prevent a repeat of the Grenfell tragedy, sticking with “stay put” advice in tall buildings instead.

The inquiry into the deadly fire called for new legal requirements on building owners to have evacuation plans, in particular of disabled residents – something the Home Office was expected to accept.

Fifteen of the 73 residents of Grenfell Tower who had disabilities died in the 2017 blaze., and the inquiry found that “many more lives” could have been saved with an evacuation plan.

But a new strategy on “improving fire safety” has rejected both evacuation plans and so-called “personal emergency evacuation plans” (PEEPs) for the disabled, which are deemed to be too expensive and impractical.

Instead, a new consultation will be staged on sharing the location of disabled residents with fire services – but only in buildings known to have serious fire safety risks.