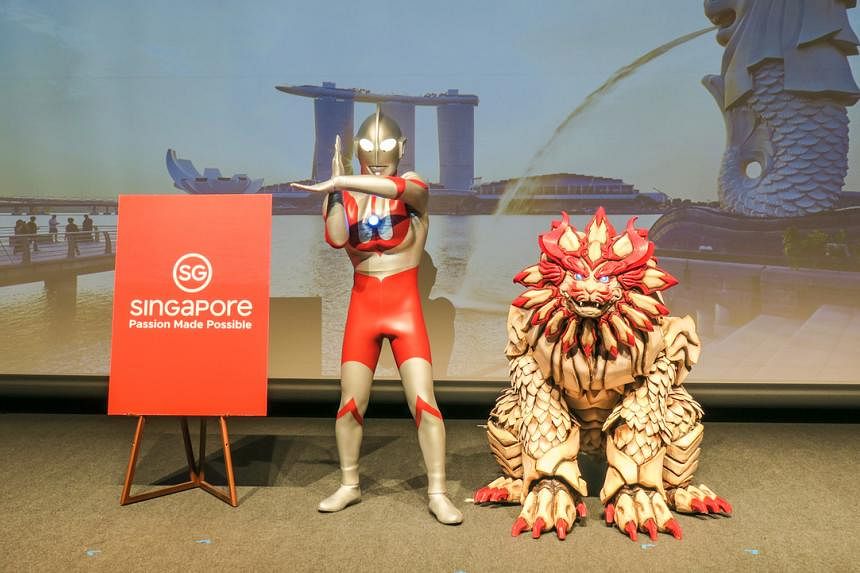 TOKYO – The Merlion, Singapore’s beloved icon which marks its 50th birthday in September, transforms into a superhero in a new tourism video commissioned by the Singapore Tourism Board (STB) and released Tuesday (April 12).

In the 6½ minute video, the Merlion, with a red-and-white mane and red paws, rises from the waters of Marina Bay to join hands with Ultraman to fend off monsters that lay siege on landmarks such as Gardens by The Bay, Marina Bay Sands and Jewel Changi Airport.

STB began a tie-up with Japan production house, Tsuburaya – which owns the Ultraman copyright – last year to mark 55 years of diplomatic relations between Singapore and Japan – a milestone that also coincided with Ultraman’s 55th birthday.

At a tourism campaign event in Tokyo’s youth hub Shibuya on Tuesday, Mr Markus Tan, STB’s regional director for North Asia, said that Covid-19 meant the brakes had to be slammed on the SingapoReimagine Ultraman campaign but that more would be done this year.

“Singapore is ready to connect with the world,” he said. “We’re very proud to have partnered with Tsuburaya for Ultraman is not only a very iconic character in Japan but all over the world. He’ll be helping us with our tourism recovery programmes.”