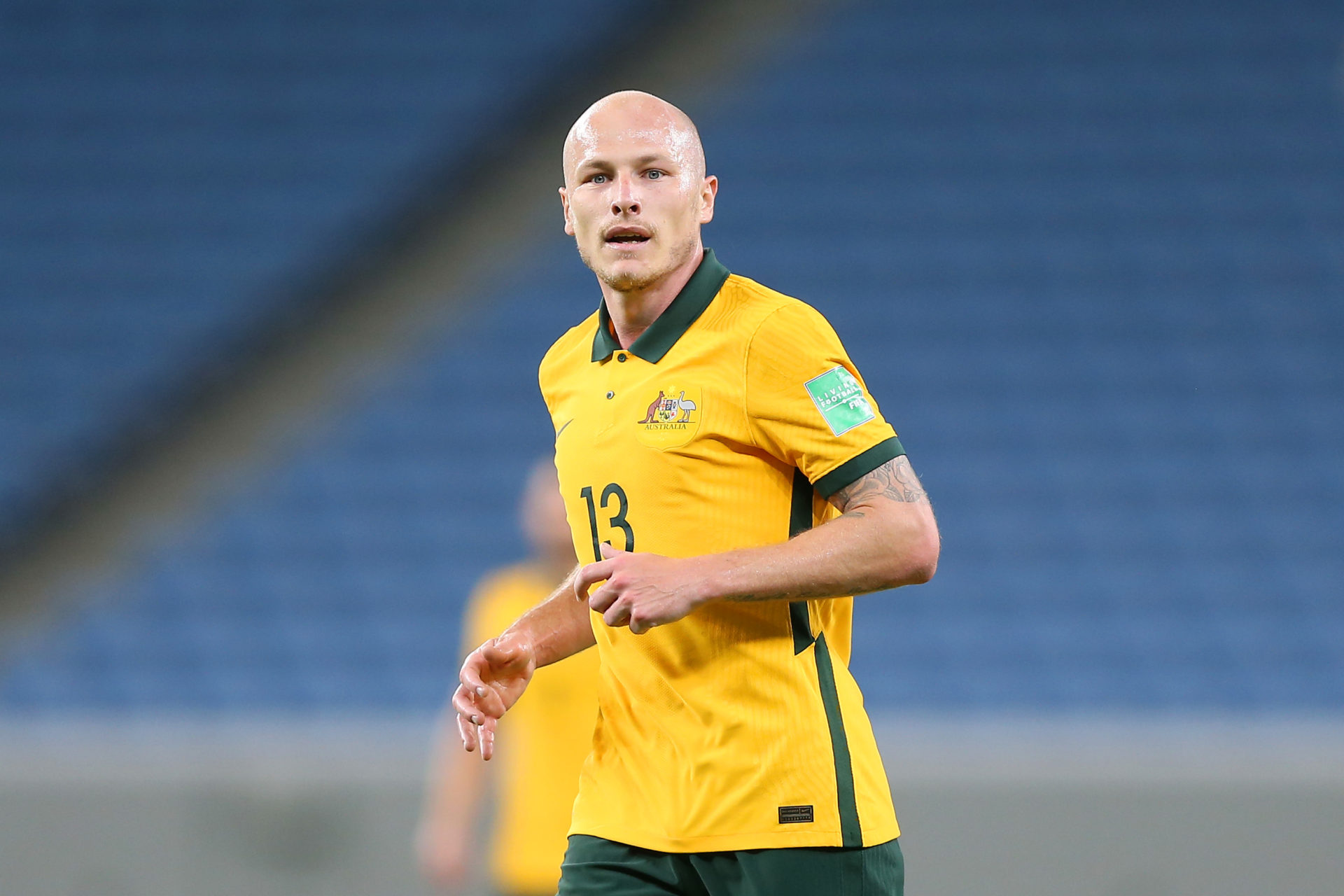 How on earth could Ange Postecoglou replace Celtic’s very own ‘Wizard of Oz’? A footballer who’s technical ability, vision and guile is unrivalled throughout Scottish football? Well the answer to that particular question, it seems, is with more of the same.

Out goes Tom Rogic, in comes another spell-binding Australian capable of pulling the cast of Watership Down out of a hat. Aaron Mooy – the man rumoured to have been Postecoglou’s number one midfield partnership during his first summer at the helm – has joined the Hoops at last following the termination of his contract at Chinese Super League outfit Shanghai Port FC.

Aaron Mooy and Moritz Jenz in at Celtic

Moritz Jenz, like Mooy, has been on Postecoglou’s radar for the best part of 12 months. And he too was finally confirmed as a Celtic player on Tuesday afternoon, joining from Ligue 1 outfit FC Lorient.

“I’m delighted that we’ve been able to bring in both Aaron and Moritz,” Postecoglou beams. “I’m sure they’ll be great additions to our squad.

“I obviously know Aaron from my time coaching the Australian national team. He brings with him a wealth of experience. Moritz is a player we’ve been aware for a while now, and I’m pleased that we’ve been able to sign him.

“I know that our supporters will be looking forward to seeing them both in a Celtic jersey.”

With a new playmaker and a versatile, ball-playing centre-half joining Felipe Jota, Benjamin Siegrist and Alexandro Bernabei at Parkhead, attention will now turn to a defensively-minded, ball-winning number six. One capable of stepping into a Nir Bitton-shaped hole in Postecoglou’s engine room.

Fausto Vera the next Celtic target

After missing out on top target Vinicius Souza to La Liga outfit Espanyol, Celtic appear to have installed Argentina U23 international Fausto Vera as their number one target. And the message coming out of Argentinos Juniors is that – if Celtic are willing to meet the £5 million asking price – no one will stand in Vera’s way (HBVL).

“There are a number of clubs fighting to sign Fausto. He is a top player. It is normal that there is a lot of interest,” explains Kristian Bereit, Vera’s agent.

“We are currently working with the board to, hopefully, reach an agreement for his departure.”

Vera, meanwhile, tells TYC Sport he’s ready for a new adventure on the other side of the Atlantic. These comments came just a few days after Argentinos Juniors president Cristian Malaspina admitted; ‘When there is an offer that cannot be refused, we have to negotiate’.

“Nobody is irreplaceable,” Malaspina adds. “In addition, (defensive midfield) is a position in which we are well covered. We are calm.”

The question is, how does Postecoglou fit Mooy, Vera and Jenz into an already well-stacked Celtic XI?

Well, Jenz’s confidence with the ball at his feet means the Berlin-born centre-half should have few problems adapting to life under a forward-thinking, possession-orientated coach like Postecoglou. He will provide competition for Cameron Carter-Vickers and Carl Starfelt, while also offering cover for Anthony Ralston and Josip Juranovic at full-back.

That Jenz models himself on Leonardo Bonucci and Jerome Boateng speaks volumes.

And if one player is to benefit from the potential arrivals of Vera and Mooy, it’s the eternally-overworked Callum McGregor. Celtic’s totemic captain has played more than 50 games for club and country every single season since 2017/18. It’s o surprise he’s looked exhausted at times. As he approaches his 30th birthday, finding a way to ease McGregor’s workload would work wonders for his longevity.

Vera, dubbed one of the finest midfielders in Argentina, could step in against high-quality opposition in Europe; Offering a disciplined defensive shield in front of an often vulnerable backline. This would also free up McGregor to influence things further forward.

Mooy, meanwhile, is likely to compete with Riley McGree, Reo Hatate and David Turnbull for one of the dual number eight roles in Postecoglou’s favoured 4-1-2-3 formation.

If there was one criticism of Celtic in 2021/22, it’s was the substantial drop off in quality between Postecoglou’s first XI and his back-up options. The arrivals of Jenz, Mooy and potentially Vera too would go a long way to addressing that imbalance.

In other news, Report: £49k-a-week after-tax wages too much for club trying to sign Tottenham ace