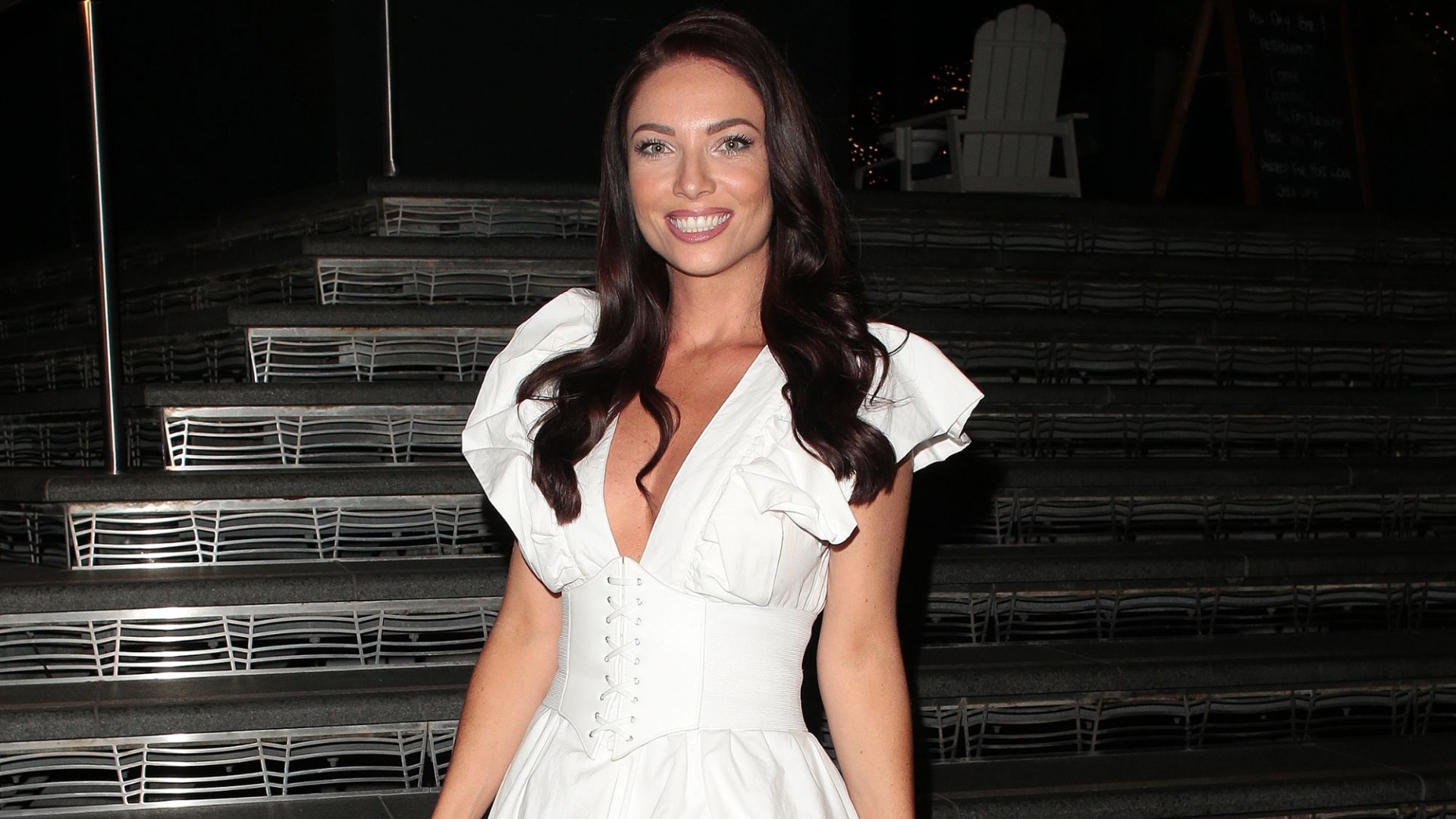 The former Miss Great Britain posed for snaps outside a swanky London venue as she was joined by her nearest and dearest to watch her first episode of the E4 show.

April, 32 – who was crowed winner of the coveted beauty pageant back in 2020 – looked stunning in the corset-style minidress.

She smiled wide for the camera as she headed into No 29 at Battersea Power Station last night to watch the MAFS UK episode.

The white gown featured a low cut neckline and dramatic sleeves, as well as a stylish puffball hemline – as well as a corset middle.

She paired the dress with white strappy sandal heels, wearing her long brunette tresses down, and a light palette of make-up.

April took to her Instagram stories to confirm she had hosted a glamorous watch party – attended by co-stars and her closest pals.

“Watch party,” April captioned the post of her and her co-stars. “I love you all so much. So lucky to have you all in my life.”

It comes after Miss GB star April wowed fans after revealing that she had taken up an extreme sport on the show last night.

The current contestant on the controversial dating show revealed that she’s been flying PLANES in her spare time.

She hinted at being part of the Women’s Gliding Association during her introduction, as she explained her unusual pastime.

After revealing she had won the Miss Great Britain pageant title, she said: “I’m learning to fly a plane! I believe that we’ve got one life, so live it. I want to do as much as I can.”

Pinning an old post she made to her social media followers, the beauty queen gave fans a closer look at her passion for aviation in a video clip

“In what is predominately a male dominated industry I found a love for aviation after my first flight,” she wrote under the video, which saw her flying and performing loops in the air.

“The adrenaline I got from it made want more, especially as women are rarely spoken about in aviation. I can’t wait to hopefully have my licence by the summer time.”

Elsewhere on the first show last night, April revealed her reasons for taking part in the dating experiment on E4.

“I never get chatted up in a bar,” she said. “Men do not approach me ordinarily, which is why I turned to online dating.”

The Miss GB winner – who was crowned in 2020 – has also appeared in The Cabins as well as The Bachelor in her quest for love.

She first began her career as a bridal dress designer, but left her job after the coronavirus pandemic cancelled weddings.

April explained: “Always the bridal designer, never the bride! I feel like that’s the common thing that’s always said to me. I want to be the bride!”

Last night, fans were left shocked after April and George’s wedding – when he revealed he already had FOUR children.