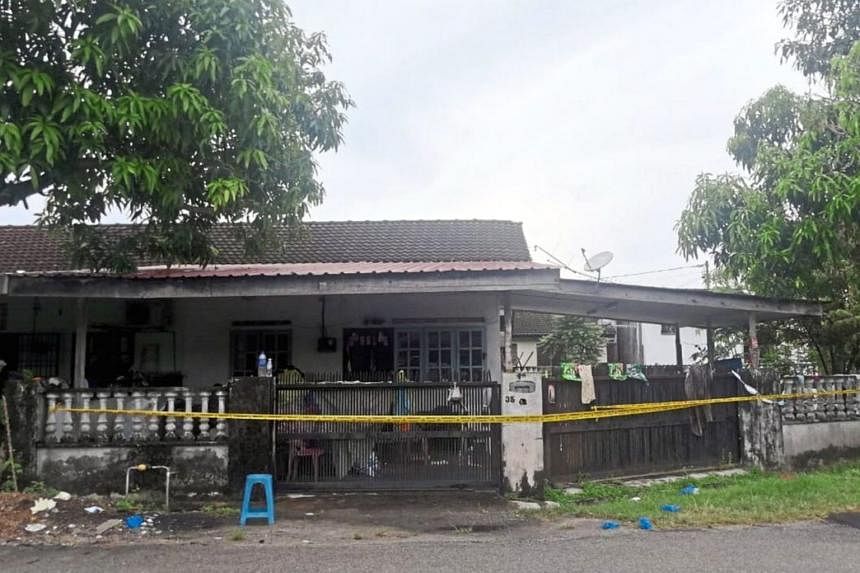 IPOH (THE STAR/ASIA NEWS NETWORK) – A fight over inheritance is believed to have driven a Malaysian man to kill his mother before cutting her up into 15 pieces and disposing of the parts in a sewage tank behind their house in Perak.

Police made the gruesome find after a neighbour complained about a stench coming from the single-storey house in a housing estate near Parit Buntar town on Saturday evening (June 4).

The 42-year-old man was arrested over the murder of his 68-year-old mother.

Following the neighbour’s complaint of a foul smell, the police went to search their home, Datuk Mior added.

“We found wooden planks covering the sewage tank behind the house. A forensics team later discovered the body parts, and the suspect was arrested immediately,” he told reporters on Sunday.

Mr Mior said the victim’s daughter, who lives elsewhere, lodged a police report on May 28 after failing to locate her mother.

“She calls her mother daily but on that day, her brother (the suspect) answered the call and told her that their mother had gone out and had yet to return home,” he said.

Based on the missing persons report, the police went to the house to investigate and question the son on May 28.

“Both mother and son collect used items and recyclables, and the house was really messy and smelly,” the police chief said.

When the police were there on Saturday, they found two knives and a machete, believed to be the murder weapons.

“The suspect had hit his mother over her head with a weapon before she collapsed. After that, he chopped her into 15 pieces,” he added.