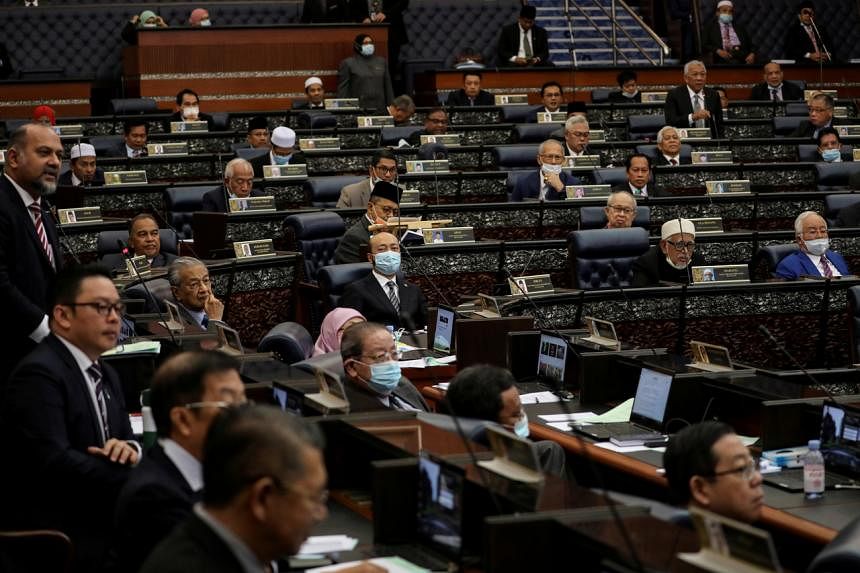 KUALA LUMPUR – An effort to prevent members of political parties from jumping ship in Malaysia, which has been in the works since September last year, remains in limbo because politicians are struggling over how to define “party hopping”. Here’s a closer look at the landmark legislation.

The need for a law to stem party defections came into the spotlight in Malaysia following the collapse of the Pakatan Harapan (PH) government in 2020. PH had assumed power for the time after an unprecedented victory at the 2018 general election in 2018 but a mass defection from its ranks led to its collapse. This precipitated a political crisis that has largely dominated Malaysian politics since. The two subsequent governments have only been able to count on a single-digit majority in Parliament as the incidence of defections and aisle crossing remained prevalent in the country.

The anti-hopping law was a key condition of the confidence and supply agreement (CSA) signed between the Pakatan Harapan bloc, now in opposition, and Prime Minister Ismail Sabri Yaakob’s government in September last year. The CSA provided Datuk Seri Ismail with breathing room to pass key legislation and, in return, he agreed to push for several crucial reforms, among them the anti-hopping measure.

The government kick-started the process on the legislation on Monday (April 11) by tabling a proposed amendment to Article 10 of the federal constitution but the wording was almost roundly rejected by MPs debating it. Article 10 provides for freedom of speech, freedom of assembly and freedom of association.

The new proposed clause stated that “restrictions to form associations conferred by paragraph (c) of Clause (1) relating to membership in a political party of members of the House of Representatives and members of the State Legislative Assembly may also be imposed by federal law”.

MPs on both sides of the political divide wanted the amendment to be reworded to make specific references to hopping or defections, so that the restriction on fundamental liberty cannot be read with any other future federal laws and be used to curtail political opposition.

The government’s current plans – as it stands – is to introduce a new Parliamentary Act covering anti-hopping, after amending Article 10 to enable such a law.

Monday’s tabling was already overdue. The whole anti-hopping legislation was supposed to have been debated and passed in Parliament in March, but the lack of consensus pushed back its introduction.

The initial idea for the anti-hopping legislation (AHL) was to introduce a new article under the federal constitution – Article 49A – stating that elected representatives must vacate their seats for any of three reasons – if they quit their party, if they are sacked from their party, or if, as an independent lawmaker, they wished to join a party.

But the idea for Article 49A was seemingly dropped by the government in favour of a Parliamentary Act amid reports that some parties, especially the Perikatan Nasional pact – a key government ally, was against defining exclusion from any party as a form of “party hopping”.

PN chief Muhyiddin Yassin said in Parliament on Monday (April 11) that including expulsion would essentially silence dissenters in a party who feared losing their seats.

Singapore Institute for International Affair senior fellow Oh Ei Sun said that apart from concerns over the legal implications of AHL and MPs concerns over the expulsion clause, there were also those who were attempting to “sabotage” the legislation due to its importance in maintaining the CSA between PH and the prime minister.

Early termination of the CSA could pave for a snap general election in Malaysia, which many in Umno – the biggest bloc in the current government – is pushing for. Mr Ismail, who is an Umno vice-president, had been reticent about an early election.

In all its current and proposed guises, the AHL still does not cover political parties that quit coalitions en bloc. The PH government’s collapse in 2020 was largely due to Tan Sri Muhyiddin’s Bersatu party, which decided to leave the then ruling coalition.