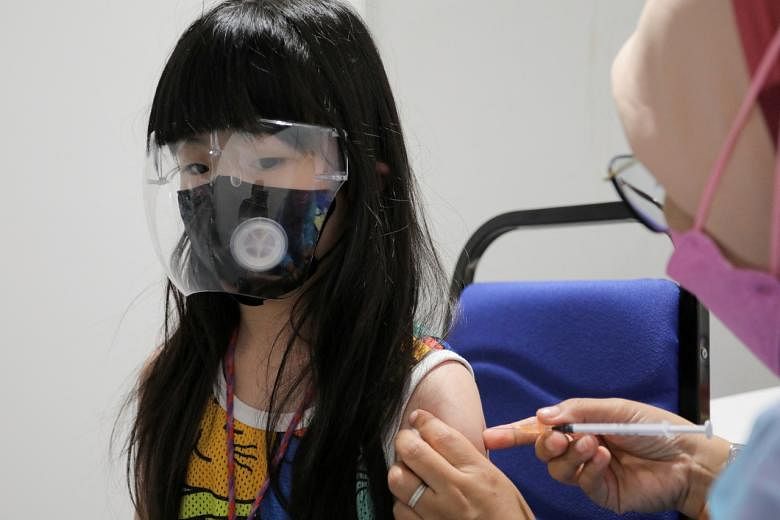 PUTRAJAYA (THE STAR/ASIA NEWS NETWORK) – There has been a 160 per cent rise in the number of Covid-19 cases among children below 12 years old over the past week, says Health Minister Khairy Jamaluddin.

“The ministry is worried over a developing trend which showed that Covid-19 cases among young children had seen an increase of 160 per cent between the fifth and sixth week of this year.

“A total of 6,524 Covid-19 cases were detected among children in the fifth week and it increased drastically to 16,959 in the sixth week.

“Of these, 4,242 children were between the ages of five and 11 in the fifth week while 10,796 cases involving the same age group were recorded for the sixth week.

“The point here is that there has been a rise in the number of paediatric cases, which also includes admissions,” he said at a press conference on Thursday (Feb 17).

In light of this, Mr Khairy said it was imperative for parents to voluntarily register their children, between the ages of five and 11, for vaccination under the PICKids immunisation programme.

“Although response to the programme has been good, we have yet to reach one million registrations and we hope that more parents will come forward to get their children vaccinated in light of the sharp increase in Covid-19 cases among children,” he added.

He noted that the sharp rise may be due to the recent opening of schools.

As for newborns and those aged below five, Mr Khairy said that there has yet to be a vaccine developed for this age group.

“We will look at other intervention measures which can be implemented for this age group,” he added.

Mr Khairy urged employers to allow employees time off work to get their children vaccinated based on their appointment slots in their MySejahtera app.

He also urged employers to implement work from home or remote working, as a means to avoid face-to-face gatherings.