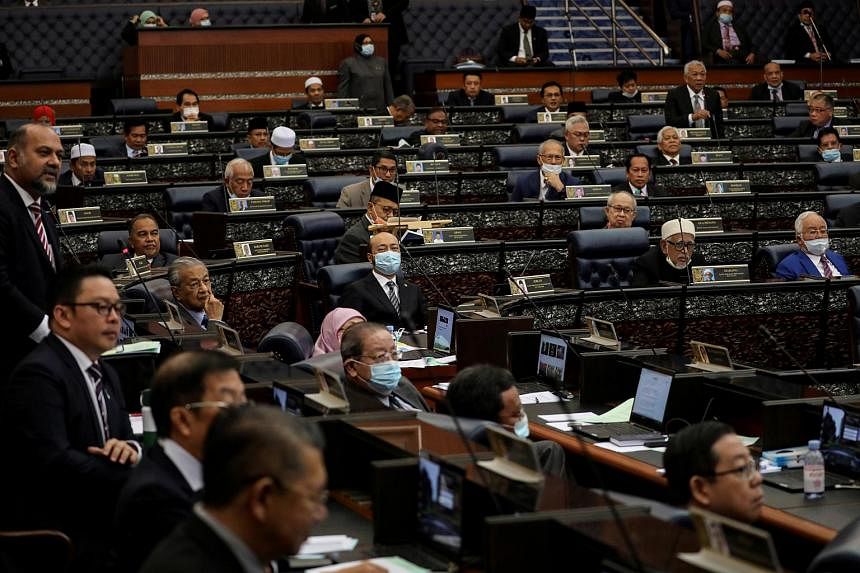 KUALA LUMPUR (BLOOMBERG) – Malaysia’s Parliament on Thursday (July 28) passed a bipartisan Bill to curb defections by lawmakers, a major cause of political instability and a sign that elections may be round the corner.

The ban on party-hopping was approved with a two-thirds majority and is part of a series of reforms introduced by Prime Minister Ismail Sabri Yaakob in September last year aimed at strengthening the administration of government.

The Bill, seen as a prelude to general elections that are widely expected to be held before the September 2023 deadline, aims to end a persisting culture of political horse trading among lawmakers.

Mr Ismail tabled the Bill on Wednesday after a bipartisan committee oversaw amendments to the constitution to facilitate the proposed law.

“Party hopping, defection or floor crossing, has caused a lot of debate among the general public,” the prime minister told Parliament.

“This is because it involves the mandate or trust of the people who elect their representatives in Parliament.”

Speaker Azhar Azizan Harun said on Thursday that 209 lawmakers supported the bill while another 11 lawmakers were not present. No lawmaker voted against.

The anti-party hopping Bill was one of the main conditions set out in the agreement between Ismail’s government and opposition alliance Pakatan Harapan. The pact was signed last year to ensure political stability and to push through crucial Bills to support the economy during the pandemic.

“The anti-hopping Bill is expected to at least help ease Malaysia’s political turmoil but will not able to realistically end it,” said Awang Azman Awang Pawi, an associate professor at University Malaya in Kuala Lumpur. “There is still room in the bill that can be manipulated. In fact, when making the bill, many members of parliament who jumped parties were also involved in the process.”

A revised version of the draft Bill makes provisions for a recall election should a lawmaker switch parties, though this would not apply to those who are expelled or if a party is dissolved.

It further lifts a five-year ban on public office for those who vacate their seats and gives states the power to bar defections via constitutional amendment, according to a report by the Straits Times earlier this month.

The Bill was first meant to be presented in parliament in March, and was deferred on at least two occasions. The special bipartisan committee held more than half a dozen meetings and discussions between April 15 and July 12 and had received inputs from various quarters, including non-governmental organisations, academicians and political parties.

The Bill will now be presented to the king between Aug 11 and Aug 26, and the law could come into force by September, Law Minister Wan Junaidi Tuanku Jaafar said earlier this month.