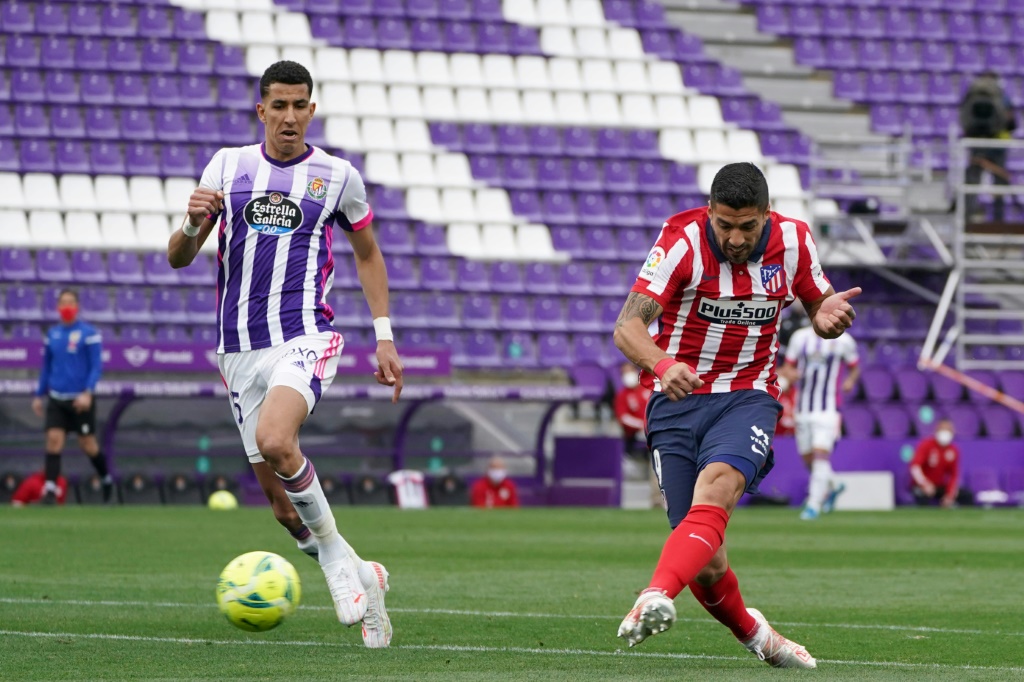 La Liga leaders Real Madrid are ready to welcome defending champions Atletico Madrid to the Santiago Bernabeu on Sunday evening. While Los Blancos are in top form at the moment, they won’t underestimate their opponents, especially Luis Suarez.

The former Barcelona forward was injured in midweek and was substituted out of Atletico’s Champions League match against Porto. However, he has apparently recovered quickly, and is ready to be called up for the Madrid Derby. The Uruguay international will visit the Santiago Bernabeu along with the rest of the Atletico Madrid squad, and manager Diego Simeone is hoping that he will be able to make a notable contribution just as he had in the past.

According to Marca, Suarez trained at the same pace as his teammates ahead of the big match, and he does not appear to be hampered by any more fitness concerns. Simeone himself confirmed as much in his pre-match press conference.

“He’ll be there with us, and we’ll decide if he’ll start or be used later on from the bench,” said the manager.

Suarez has already scored five goals at the Bernabeu as a Barcelona player, but because Real Madrid played at Valdebebas last season, this will be his first visit to the stadium wearing the Atletico Madrid jersey. He will be eager to remind the Bernabeu faithful of all the other times he silenced the stadium while he was still playing for FC Barcelona. Last season, he also dealt the death blow for Real Madrid when he helped Atletico clinch the title by holding Los Blancos to a draw at the Wanda Metropolitano in the closing stages of the campaign.

Simeone praised Suarez for his attitude, especially the way he celebrated his teammates’ goals against Porto in midweek.

“I told him that I admire him. At 34, having won everything he had won, having had to come off because he wasn’t 100 percent fit, to celebrate those goals like that spoke volumes of what Suarez is,” said the manager.

Real Madrid will also have Karim Benzema back in the squad, and the Madrid Derby is quickly becoming something of a La Liga final. If Real Madrid win, they will have a firm hold on the title and a wider gap to cushion their lead at the top of the table. If Atletico win, it will be their chance to catch up and get their title defence back on track.