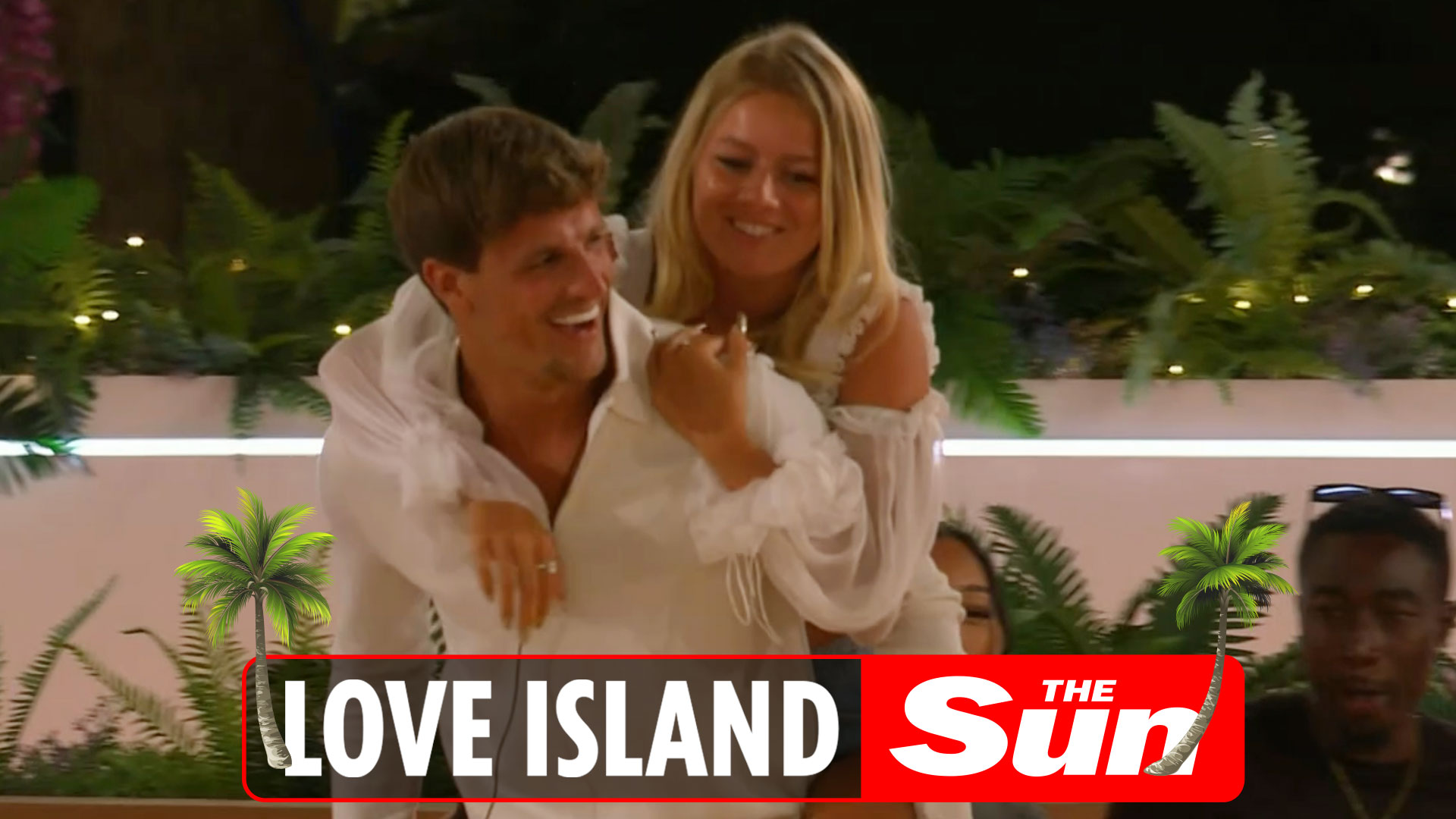 FORMER Love Island star Jay Younger has suggested that Luca Bish actually fancies Tasha Ghouri, which is why he continues to be rude to her.

It comes as viewers of the hit show made a dramatic U-turn after Monday night’s episode, backing Tasha, 23, and boyfriend Andrew Le Page, 27, after an epic showdown with Luca and Dami Hope.

The argument was sparked when Luca, 23, picked Tasha during a brutally honest game with their fellow Islanders.

He was told to give a piggyback to the contestant ‘most likely to ride on the coattails of their partner’ in order to win the ITV2 reality show.

Now, Jay, who was voted off earlier in the series, has taken to social media to write: “Luca, do you fancy Tasha?”

The tweet has been liked thousands of times, and Love Island fans can’t help but agree with his theory.

Viewers of the show have long believed he hates the model, after she was seen breaking down in tears in front of him last month.

During the poignant moment, Luca sat back, watching on the other side, offering her a hug with one arm as he told her to “go and talk to Andrew”.

And there’s no doubt the series has seen Luca and Tasha’s friendship get progressively worse, with viewers convinced fishmonger Luca is still miffed that he was turned down by her in the first week of the show.

Replying to Jay, one fan fumed: “He’s just bitter she rejected him in week,” and another person added: “Honestly that’s my theory. I feel like a lot of this hatred and intense bullying of Tasha boils down to him resenting her choosing Andrew.”

A third said in agreement: “He is obsessed with her. Won’t leave the poor girl alone!”

Another said: “Are we all forgetting Luca had a thing for Tasha in the beginning?!?! Truly think he resents her because she picked Andrew over him, just look how he’s treating Gemma for billy breathing in her direction #loveisland.”

Tasha got her payback during Monday night’s episode, however.

During a game of Snog, Marry, Pie, she slammed a cream pie in Luca’s face, saying: “I’ve pied this guy because clearly he has bad feelings towards me and isn’t my friend.”