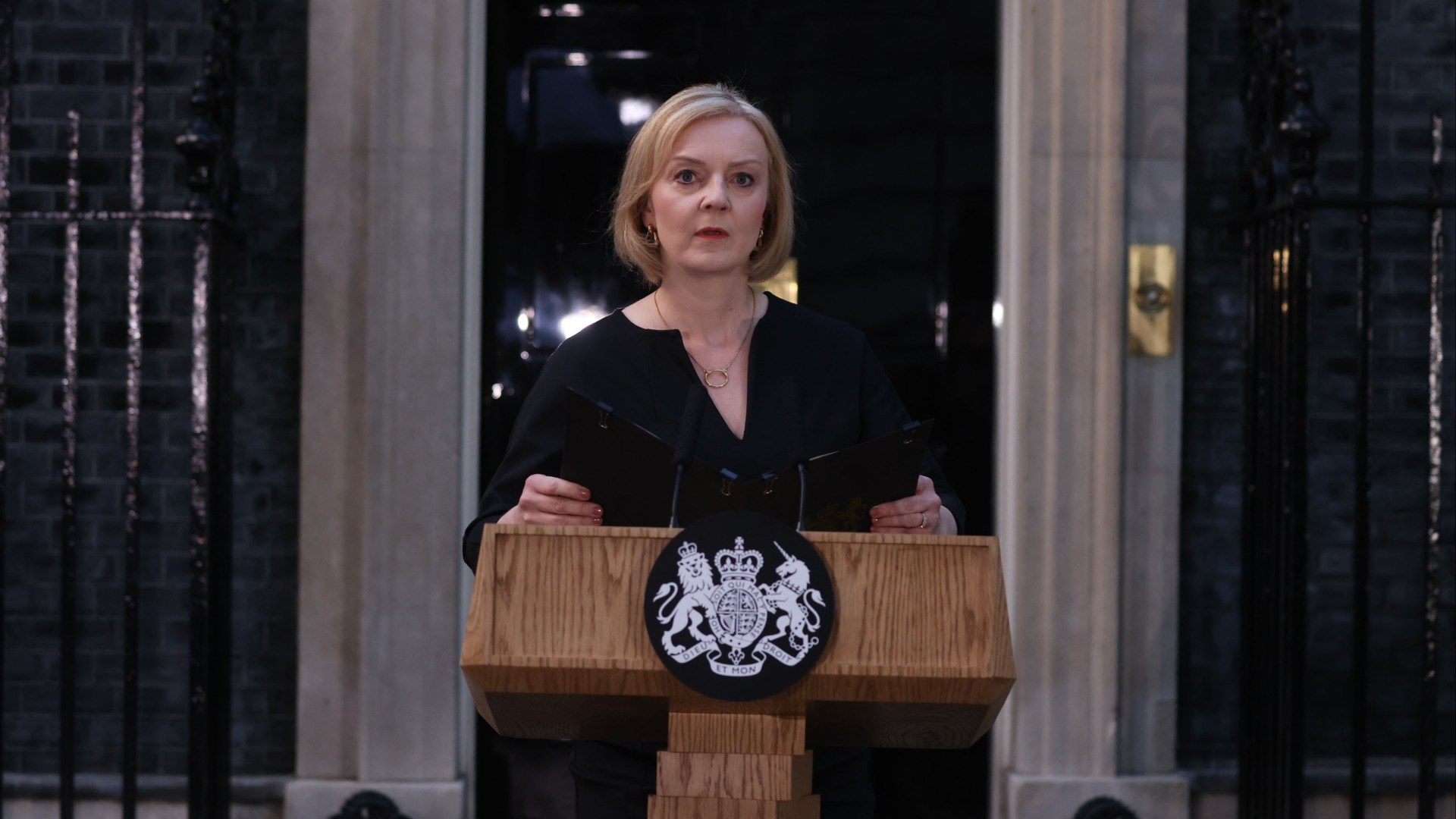 LIZ Truss last night hit back at “desperate” Putin for doubling down on his “catastrophic” war and threatening to nuke the West.

The PM ripped up her first major speech to the United Nations after the Russian president ramped up the invasion and called up hundreds of thousands of reservists to fight.

Ms Truss slammed the evil dictator for sending his people “to a terrible fate” as the gruelling war continues, with rape and “barborous weapons” being used.

And she called on world leaders to fight back, saying: “the time to act is now.”

The PM dismissed his threats of nuclear war as just more “sabre rattling”.

She blasted: “This morning we have seen Putin desperately trying to justify his catastrophic failures.

“He is desperately trying to claim the mantle of democracy for a regime without human rights or freedoms.

“And he is making yet more bogus claims and sabre-rattling threats.

“This will not work. Ukraine is strong.”

“The Ukrainians are not just defending their own country – they are defending our values and the security of the whole world.
“That’s why we must act.”

Joe Biden also hit out at the Kremlin chief for “pumping out lies” and the world “should see these outrageous acts for what they are”.

On the risk of nuclear armageddon, he warned the deranged Russian leader: “A nuclear war cannot be won and must never be fought”.

Senior diplomatic sources said yesterday they were taking Putin’s nuclear threats “very seriously” but they would not engage in a battle of words.

“We’re not going to engage in a battle of words about a nuclear threat from a man who postponed his speech last night, was shaking when he delivered it, and is now attempting to mobilise reservists who are attempting to get to airports across Russia.

“His lies are catching up with him.”

At a meeting of foreign ministers, he will call out Russia’s violations of law, expose their plans to fix the results of sham referendums, and demand justice for their illegal invasion.

He is set to say:  “We can and must make clear to President Putin that his attacks on the sovereign will of the Ukrainian people – so clearly expressed as they fight for their homes – must stop.

“His assaults on the UN charter and international norms that protect us will not be tolerated and that he must withdraw from Ukraine to enable a return to regional and global stability.”

Britain will also meet with the International Criminal Court’s Chief Prosecutor who is leading the probe for war crimes.