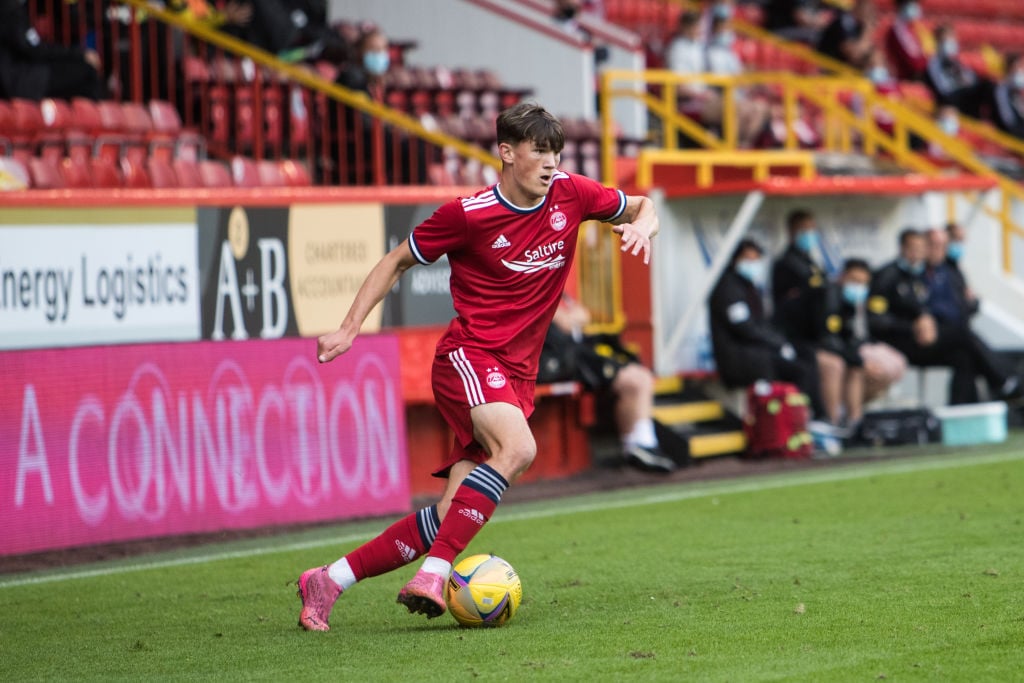 The well-known and well-respected journalist has told GiveMeSport that Liverpool have been working on a deal for Ramsay for a few weeks, and that the former Premier League champions are now close to striking a deal.

This will come as a blow for Leeds, who have also been linked with a move for the 18-year-old right-back.

The Times reported last week that Leeds have shown an interest in Ramsay.

The report added that the Scottish teenager prefers a move to Liverpool to a transfer to Leeds, and that he has told Aberdeen to get a deal to the Merseyside club done.

Sky Sport have reported that Aberdeen have told Liverpool that they want at least £5m up-front, with £5m in add-ons for Ramsay.

Jones told GiveMeSport: “It’s close. It’s one they’ve been working on in the background for a few weeks. This isn’t one that’s going to get people super excited, but he is a good player.”

We can understand why Calvin Ramsay would want to join Liverpool and not Leeds United.

Liverpool are a very appealing and attractive club who are winning trophies and have a world-class manager in Jurgen Klopp.

Yes, Trent Alexander-Arnold is the number one right-back at Liverpool, but Ramsay is only 18.

The Scottish youngster would be able to work with brilliant coaches at Liverpool and work under Klopp, and that would help him develop his game and progress as a footballer.