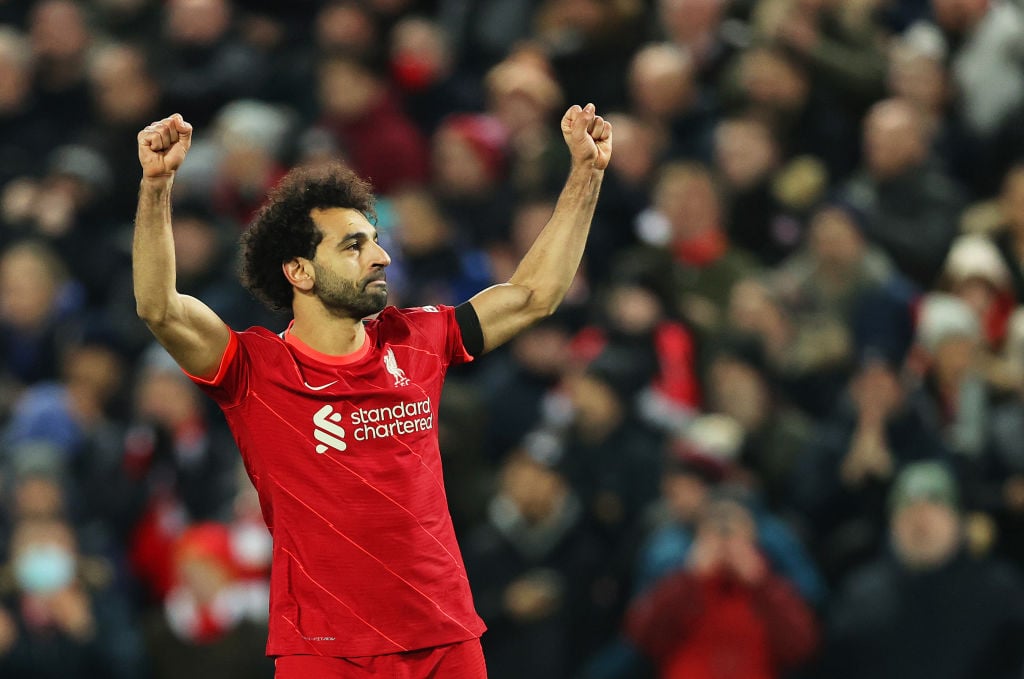 Yesterday, FourFourTwo released their ranking of the best youngsters on the planet, where Liverpool wonderkid Kaide Gordon got a mention.

The 17-year-old, who was signed from Derby for £1m in 2021, has been given his Premier League, FA Cup and Carabao Cup debut by Jürgen Klopp this season.

Gordon even started the Carabao Cup semi-final second leg against Arsenal, which says a lot about how highly Klopp rates him.

Now, FourFourTwo have showered the teenager in praise – they even stated that he could one day replace Mohamed Salah at Anfield.

Ranking him as the 28th best youngster on the planet right now, FourFourTwo liken Gordon to Salah as they are ‘stylistically’ similar – both tend to cut inside from the right flank onto their stronger left foot.

The England Under-18 even scored on his FA Cup debut, netting the equaliser in a 4-1 win over Shrewsbury.

Liverpool have a gem in Kaide Gordon

In our view, Gordon will become one of the best attackers in England one day, and will also be a big part of a seriously bright group at Liverpool.

Aside from the Derby-born wonderkid, the Reds have Harvey Elliott, Mateusz Musiałowski, Tyler Morton and Caoimhin Kelleher.

That goes without mentioning Curtis Jones and Trent Alexander-Arnold, who are still youngsters themselves.

It’s easy to forget that at times, as they are superb, experienced players.

The next generation at Anfield looks very exciting, and they should ensure that Liverpool remain competitive even after Klopp has left.

In other news, ’13 or 14′: Jürgen Klopp shares what ‘always’ happens in Liverpool group chat before a game