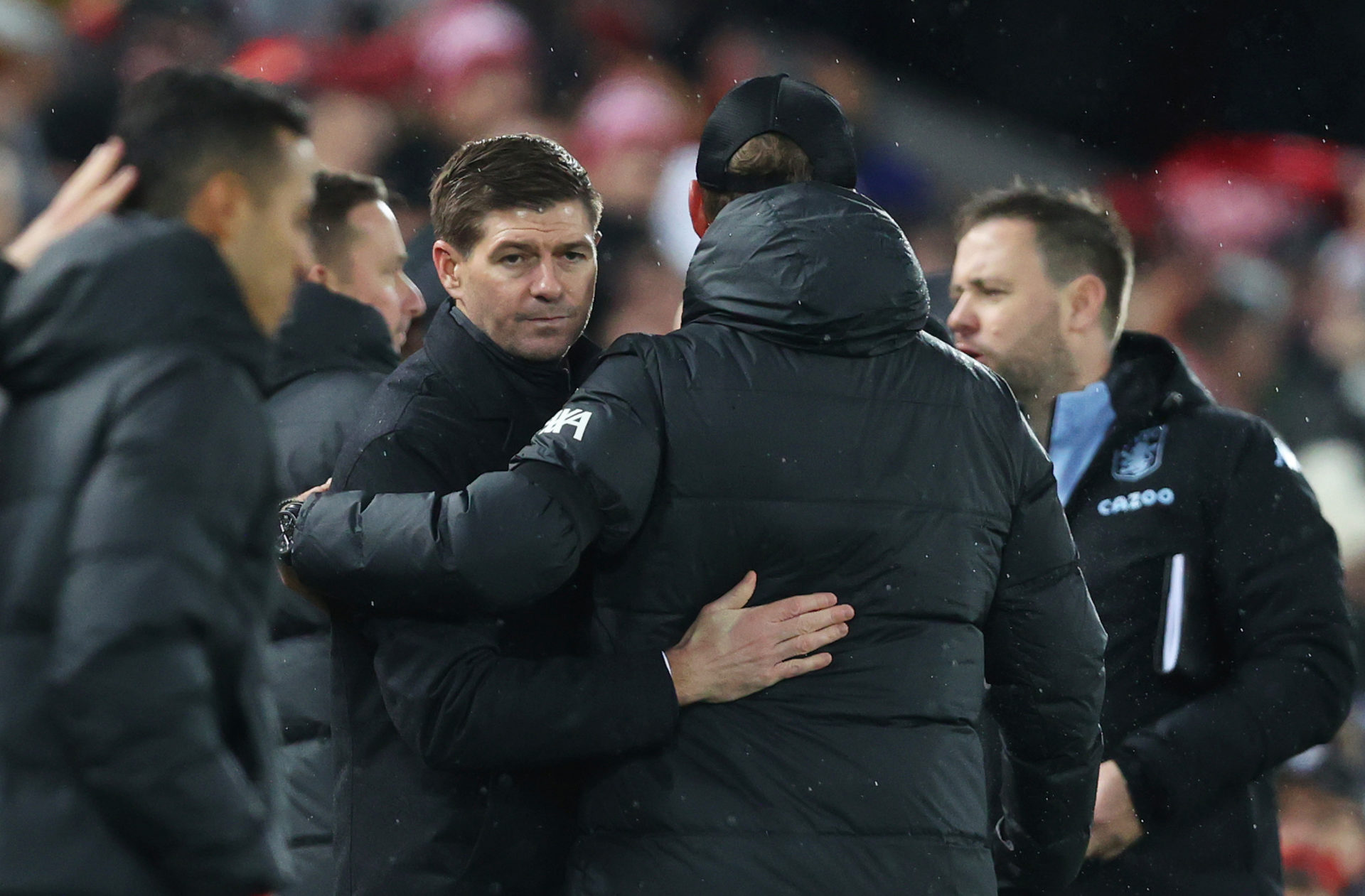 From the moment Gerrard was confirmed as Aston Villa manager in November, this fixture away to Liverpool was a contest that people immediately started talking about.

And that’s because the 41-year-old is arguably the most-adored footballer to ever play for the Merseyside club.

Liverpool supporters certainly let Gerrard know that he remains revered at Anfield by serenading him with his chant throughout Saturday’s clash, which Jurgen Klopp’s side won 1-0.

But when asked about the reception from the Anfield faitful, Gerrard offered quite a cold response.

According to Neil Jones of Goal, the former Rangers manager said: “For me the priority is the support from the Aston Villa fans.”

The iconic midfielder offered very little acknowledgement to the Liverpool supporters – and here’s how a collection of them reacted to Gerrard’s comments on Twitter after the contest.

Listen, Gerrard absolutely adores the Liverpool support and there’s not a single doubt about that.

However, he is Aston Villa’s manager now and these comments, blunt as they were, are about respecting his current club’s fanbase.

Everything he said before the game was done with a clear intention that his focus was on the Villans and nothing else.

The reception from the Liverpool fans’ undeniably hit him in the feels and just because he didn’t gush over the reaction doesn’t mean it didn’t fill his heart.

In other news, ‘Beautiful’: Mourinho hails £8.5m man Crystal Palace are about to bid for