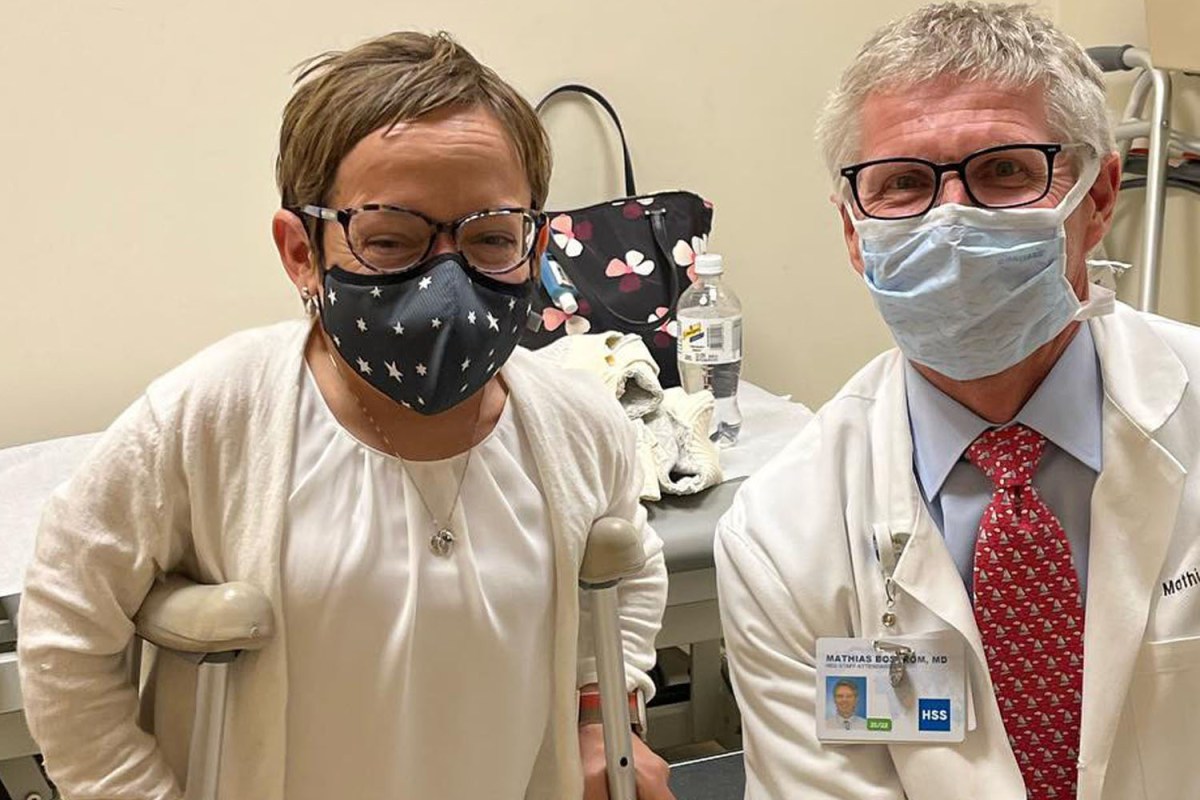 The reality star has been off social media for some time as she recovers from the surgery.

On Friday, after some time away from Instagram the mom of two posted a photo of herself laying on the couch with a blanket over her.

She appeared makeup free, and included a lengthy caption in which she provided an update on her recovery journey.

“I haven’t been online in a while – balancing work & hip revision surgery & mommy hood keeping me busy & tired,” Jen wrote.

Jen went on: “Sharing a recovery photo… More to come as I’m now walking with only one crutch.”

Fans wished her well in the comments, while many appeared worried.

One commenter wrote: “Hoping for a smooth recovery!”

A third commenter added: “Bless your sweet heart you are such an inspiration healing prayers and good vibes your way.”

Earlier this month, Dr. Jen revealed that she went under the knife.

She thanked her doctor in the post crediting him with having taken such good care of her and her husband.

“This hip replacement revision surgery wasn’t the easiest I’ve had, with a small pelvic fracture & not being able to bear weight on my leg for 6weeks,” Dr. Jen continued.

The Little Couple star went on to say that this surgery was easy compared to the many orthopedic procedures she has had in the past, noting that she had to be in full body casts for weeks at one time.

Being a mom and starting a new job has made recovery that much more challenging for her, but now that she is starting physical therapy she hopes it’ll get easier.

This marks her second hip surgery, as she had gotten the right one operated one some time before.

Dr. Jen had her left hip operated on 20 years ago, but it failed.

She traveled to New York for her operation in order to work with one of the top doctors.

The post came amid even more worries about her health.

Even in the midst of her surgeries and health struggles, Dr. Jen took on a new job.

She used to work as the director of the Simulation Center at John Hopkins All Children’s Medical Center in Florida.

Dr. Jen and her family have since moved to Boston after landing a new job.

She is now the program director of Boston Children’s Hospital’s Simulator Program.

“I am both a passionate neonatologist and healthcare simulation educator,” she wrote in her bio on Boston Children’s Hospital website.

“As a person born with a physical disability, a rare type of skeletal dysplasia, it has been my goal as a physician to give back and help future generations of babies and kids lead healthy and happy lives. It was the inspiration of my own surgeon, Dr. Steven Kopits, who inspired me to enter into medicine,” Dr. Jen continued.

The couple moved their kids up north, selling their Florida home for $3.6 million.

The kids – William and Zoey, both of whom are adopted – appear to be enjoying their new home, even experiencing their first snow day.