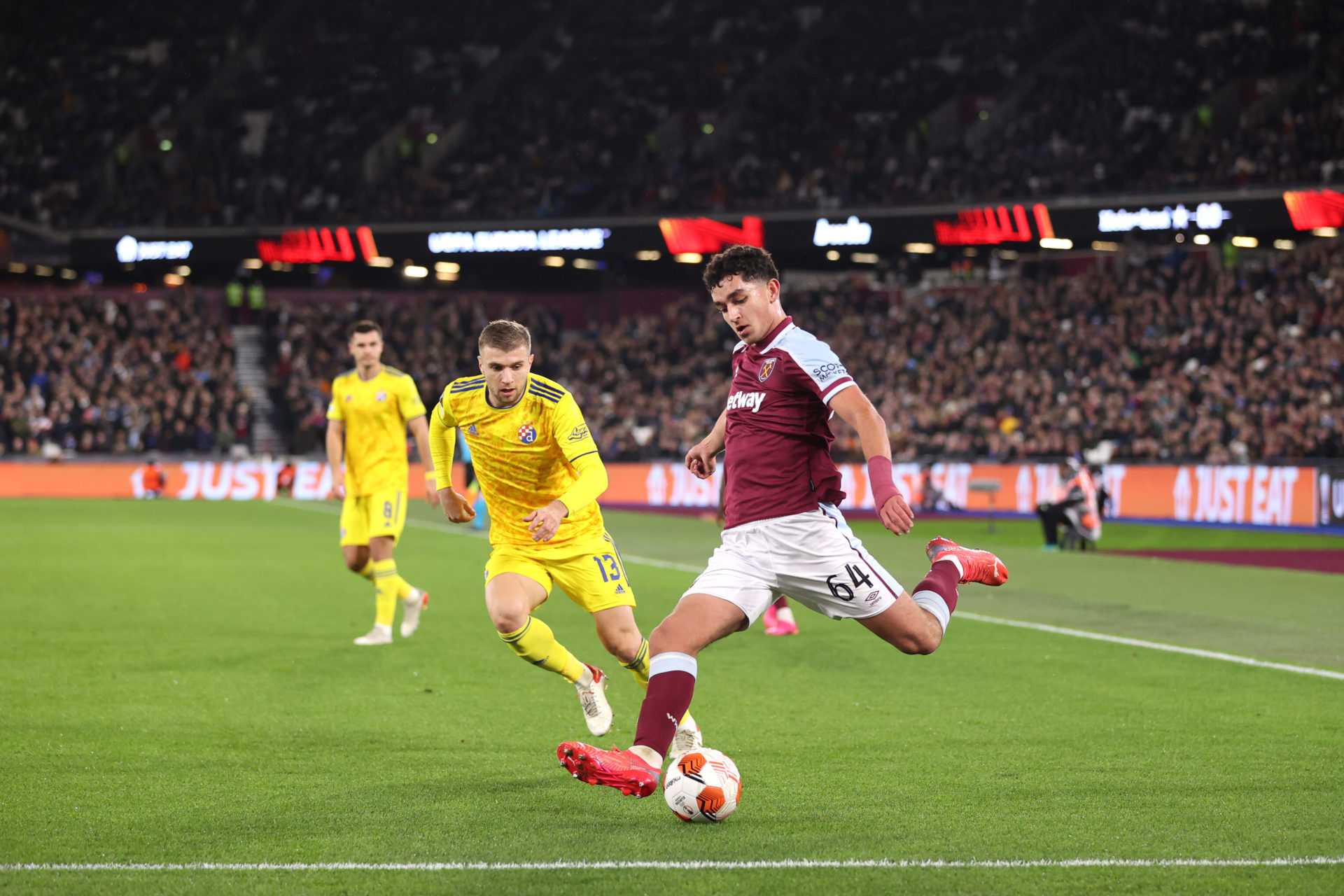 Leeds United have signed Sonny Perkins from West Ham United – and have confirmed that he will start in the club’s Under-21 side.

Past transfer windows have seen the additions over players like Joe Gelhardt, Pascal Struijk, Sam Greenwood and Lewis Bate arrive at Elland Road.

All have started their Leeds careers in the Under-21’s before featuring in the first team and it looks like the same fate awaits Perkins.

Leeds have today confirmed the signing of West Ham talent Perkins after his contract at the London Stadium came to an end this summer.

Perkins has penned a three-year deal with Leeds and the Whites confirmed – at the very bottom of the announcement – that Perkins will start his Leeds career in the Under-21’s.

Perkins, 18, looks to be a very exciting additions to the Leeds ranks having shown promise at West Ham.

The versatile attacker made three first-team appearances last season and won the Dylan Tombides Award at West Ham this past season – the award given to West Ham’s outstanding scholar in their academy.

10 goals in 20 Premier League 2 games showed what Perkins can do and West Ham will have held high hopes for the teenager.

Yet Perkins has instead chosen to leave the club and claimed on Instagram last week that he was moving on ‘in the best interest of my career’.

West Ham released a rather angry statement earlier this summer claiming that Perkins had effectively been tapped up by another club and were ‘disappointed’ with his representatives.

Aston Villa and Tottenham Hotspur were also in the race for Perkins but he has picked Leeds.

West Ham may now feel that Perkins has taken a step back; from being in and around the first-team picture at the London Stadium to the Under-21’s at Leeds.

Perkins seems confident that this is best for his development and with compensation not yet sorted out, Leeds may still face a big bill for this signing, possibly via tribunal.