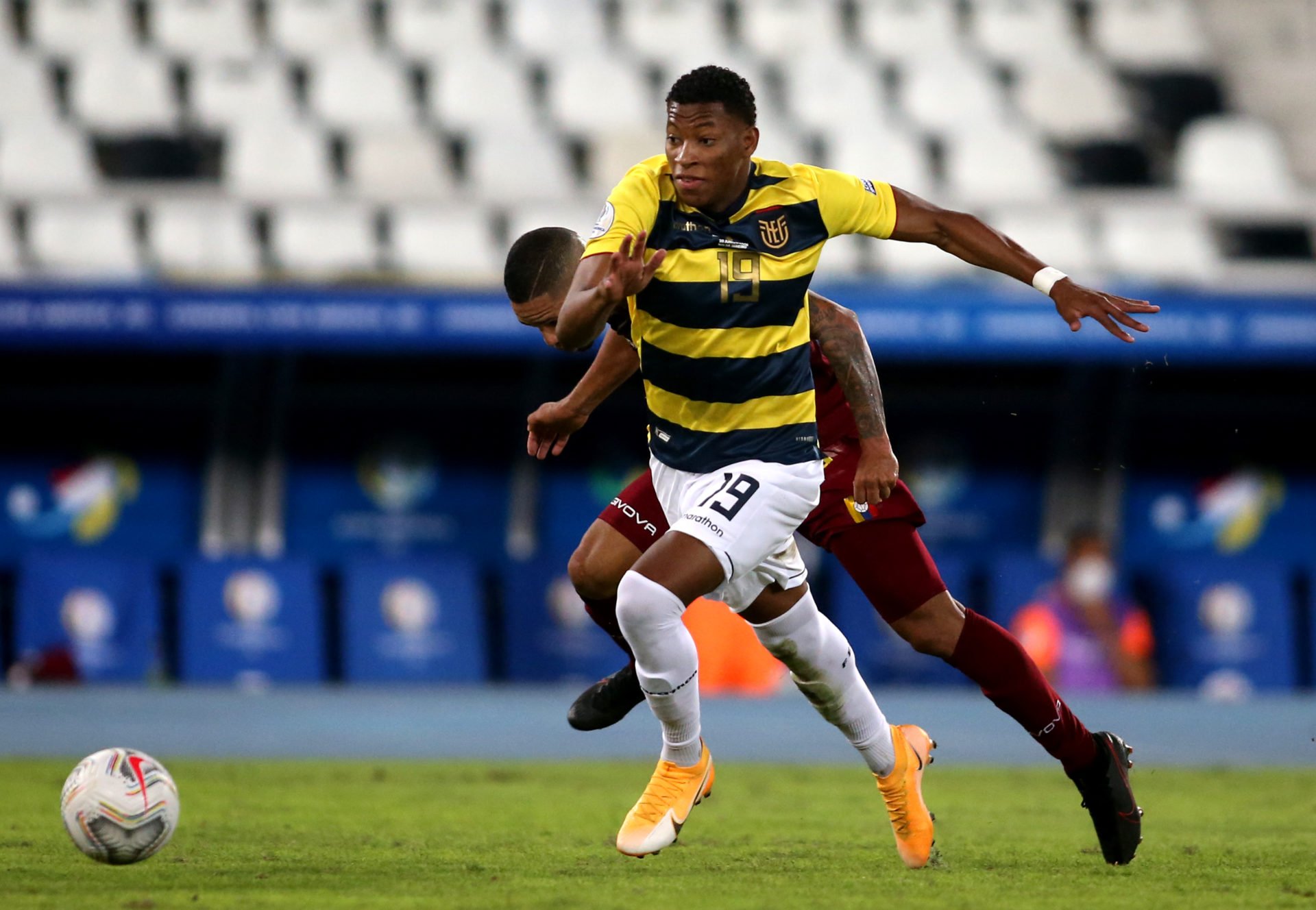 According to O Jogo, Leeds United have identified Sporting Lisbon winger Gonzalo Plata as a potential replacement for Raphinha, who is reportedly on the radar of Mikel Arteta’s Arsenal and Antonio Conte’s Tottenham Hotspur.

Arsenal and Tottenham are interested in signing Raphinha from Leeds in the summer transfer window, according to The Athletic.

It seems that Leeds are concerned that they will lose the Brazil international this summer and have identified 21-year-old Ecuador international Plata as a potential replacement.

O Jogo have reported that Plata suffered an injury during international duty at the weekend that could see him sidelined for up to eight weeks.

The report has claimed interest from Leeds in the winger, adding that a potential sale for Plata, who spent the 2021-22 season on loan at Spanish club Real Valladolid, could now be complicated.

Another media report has claimed that Leeds are willing to pay Plata £35,000-a-week as salary to bring him to Elland Road.

Leeds interest in Gonzalo Plata encouraging for Arsenal and Tottenham

In our view, Leeds United’s reported interest in Gonzalo Plata is encouraging for Arsenal and Tottenham Hotspur in their pursuit of Raphinha.

It shows that the West Yorkshire outfit are making plans in case they have to sell Raphinha.

Now, if Leeds were determined not to sell the Brazilian winger, then they would not even look for a replacement.

Leeds will sell Raphinha this summer, although Arsenal and Tottenham will have to pay a lot in transfer fee for the winger.

In other news, Report: Arsenal furious over £6m bid for star once worth £45m, not even responding to offer