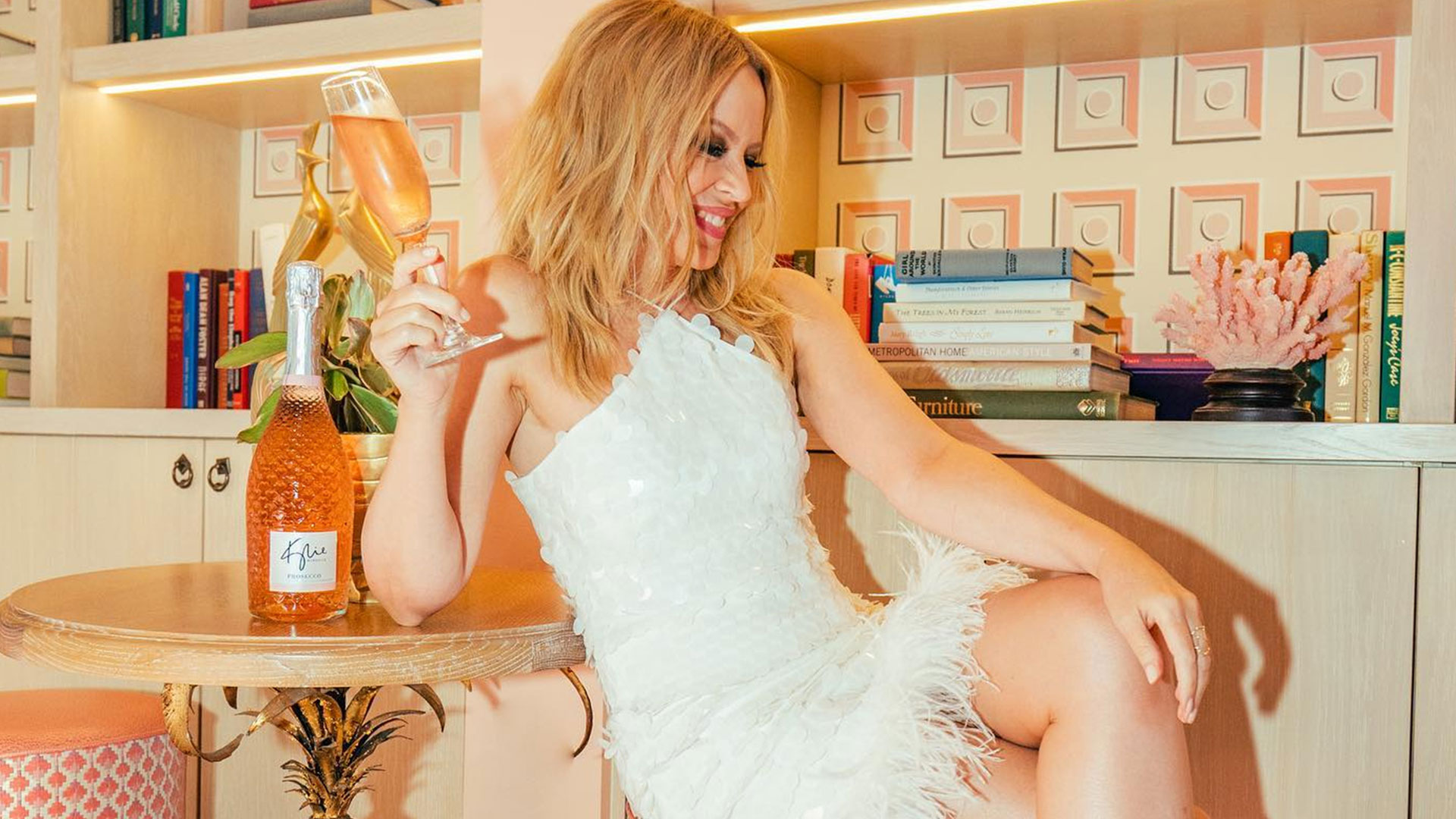 KYLIE Minogue looks tickled pink to be getting absolutely feathered on a glass of her own brand wine.

The Aussie pop star, 54, raised a glass of her rosé to celebrate its arrival in the US.

The I Should Be So Lucky singer posted the pic online with a thank you to The Goodtime Hotel in Miami.

She launched her wines at the hotel, owned by fellow pop star Pharrell Williams, last month.

Kylie has sold five million bottles worldwide and hers is the most popular rosé prosecco in the UK.

Appearing on Andy Cohen’s Watch What Happens Live, 54-year-old pop star Kylie revealed how she felt after emerging victorious from the trademark war.

Her legal team previously slammed the cosmetics entrepreneur as a “secondary reality TV personality” who appeared as “a supporting character” on Keeping Up With The Kardashians.

But Kylie now claims: “It was just business.”

She added: “I’ve spent a lifetime building my brand and protecting my brand, so it had to be done!”

Kylie then high-fived 54-year-old host Andy as he agreed: “Yes!”

The Aussie hitmaker revealed that her moniker was a lot rarer when she first got her big break back in the 1980s.

“When I was named Kylie, I think I met one person older than me called Kylie,” she added.

The Grammy award winner revealed that she didn’t have to contact the beauty mogul or her momager Kris Jenner, 66, but that she’d “love to meet them.”

However, she did hint at a potential settlement between her and the Jenners, saying “we came to an agreement.”