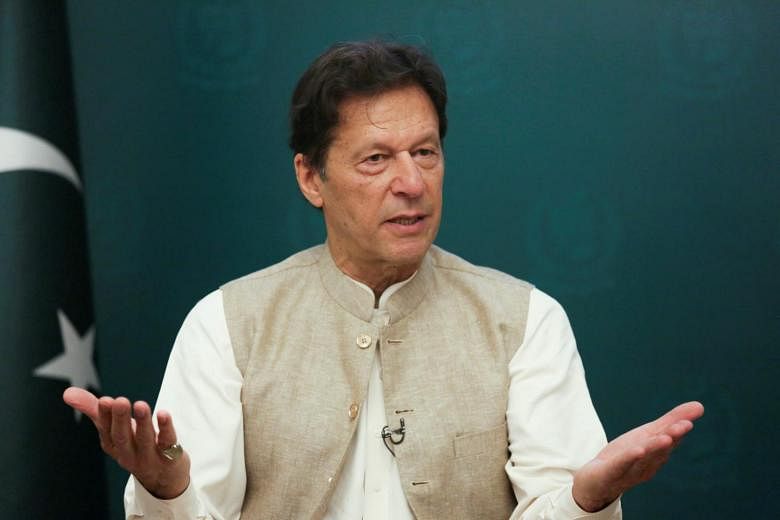 LAHORE (BLOOMBERG) – Pakistan Prime Minister Imran Khan’s government is on the verge of losing majority in Parliament as his three key allies are about to quit his Cabinet, a top leader from a party supporting the government said.

This would shore up support for the opposition group in a no-confidence vote slated for later this month, Mr Chaudhry Parvez Elahi, whose Pakistan Muslim league-Quaid party is a key government partner with five members in the lower house National Assembly, said in an interview at Hum TV on Tuesday evening.

“It’s up to Imran Khan now to personally reach out to his allied parties and convince them to stay in the coalition government,” Mr Elahi said.

The opposition parties have asked the speaker of the National Assembly to call a vote of no-confidence against Mr Khan accusing him of mismanaging the economy and the foreign policy.

Some government ministers have said the lawmakers may vote between March 28-30.

Mr Elahi said his group, Balochistan Awami Party with five seats and Muttahida Qaumi Movement-Pakistan’s seven members have decided to take a joint decision on whether to support the opposition or stay in the government.

The group’s combined strength of 17 members is enough to end Mr Khan’s 7-seat majority in the National Assembly.