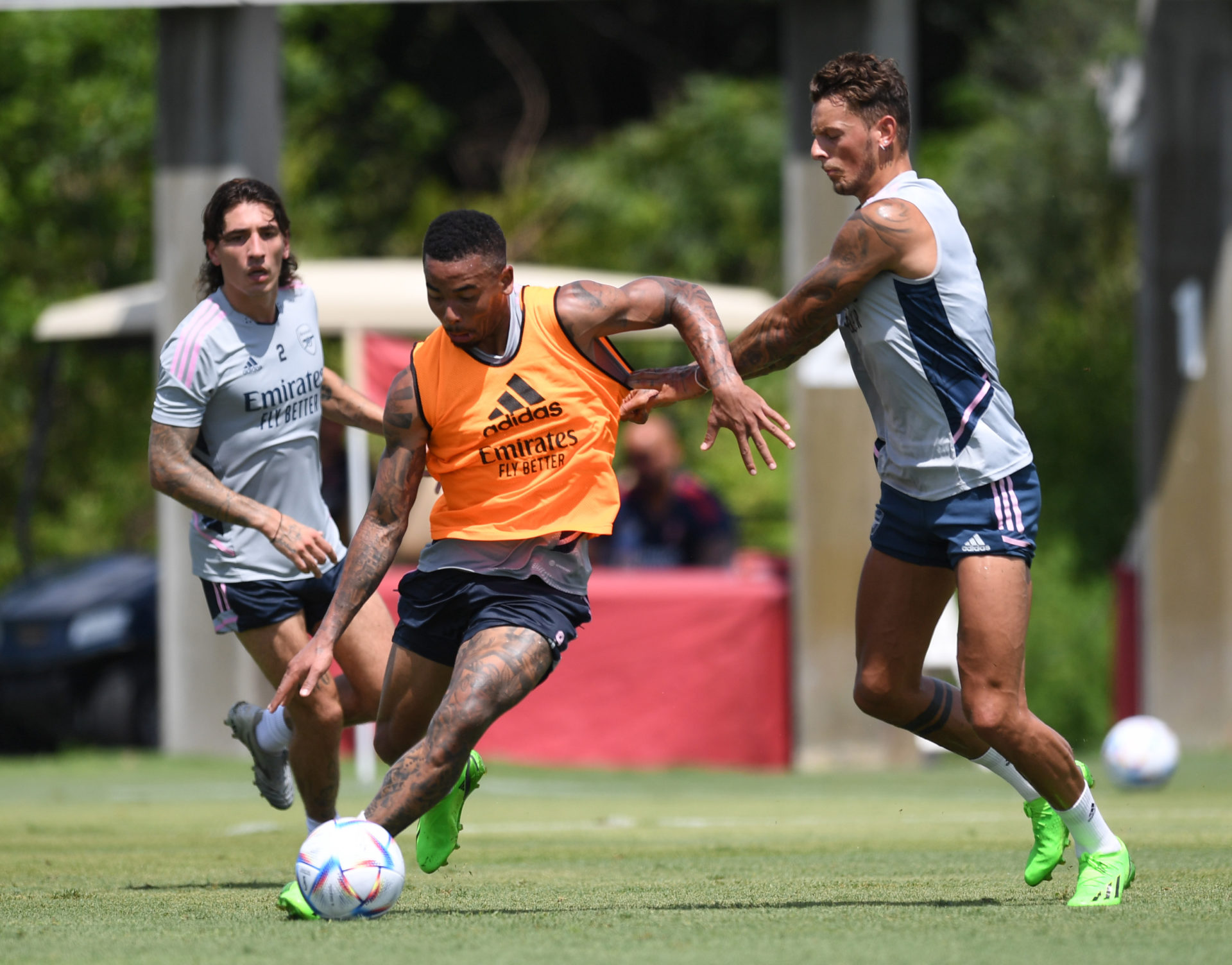 Kevin Campbell has claimed that Gabriel Jesus is the ‘complete striker’ for Arsenal and he has been a ‘breath of fresh air’, in pre-season, as he told the Highbury Squad.

The Arsenal legend added that he hears in the background that Jesus’ attitude has been spot on since he joined the club from Manchester City this summer.

This was a much-needed capture for Mikel Arteta and a player that would have been right at the top of his transfer wishlist at the start of the summer window.

When the Gunners lost out to Champions League football last term, there might have been some worried faces at the Emirates because they could have easily questioned if their top targets would sign.

But Arsenal’s pull shouldn’t be questioned because Jesus landed on their doorstep in next to no time, as Campbell has been left wowed by the player so far.

“I think you would be right (on Jesus being a hybrid of Kevin Campbell and Ian Wright),” said Campbell. “The hold-up play and the link play, it’s Lacazette mark two.

“Lacazette was good last season. But he is different class. Then you have got the hunting for space and the devastating finishing, then just harassing defenders. He has that as well.

“He looks the complete striker. Do you know when the striker is a real problem? When they start kicking him. Everton handed out some hefty treatment and then Chelsea handed out hefty treatment. That’s when you know that your game is on track. They are trying to slow you down.

Come next summer, Jesus could find that his status as a goalscorer could hit the roof and beyond, for both club and country.

The main aim for Arsenal is to secure Champions League football and if they can add a trophy to boot, then it will be even better.

In the middle of that, there is the small matter of the 2022 World Cup in Qatar and Jesus will be part of the Brazil squad.

The South American giants are one of the favourites for the tournament and if Jesus starts well in north London, then he should be a starter.

If he can help Brazil lift the World Cup, added with being a success in Arsenal colours next season, then it will do his career the world of good.

In other news, ‘Feel sorry for him’: Graham Roberts says he has sympathy for Spurs 26-year-old