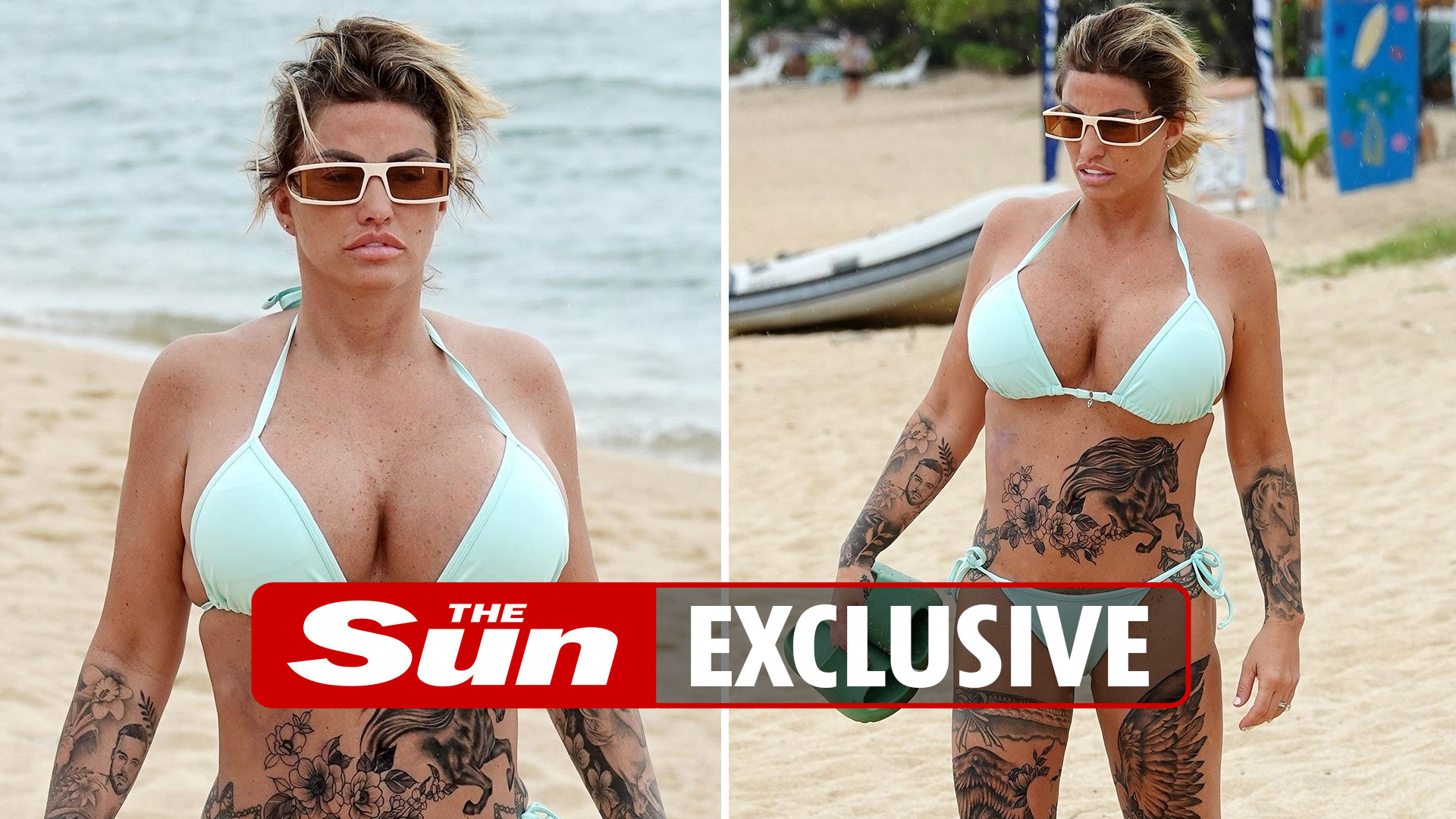 The 44-year-old took to the beach in a pastel bikini and showed off her attention-grabbing body art.

The horse-loving star has had a magical unicorn inked across her stomach leaving a trail of flowers in its wake.

And she’s had a large eagle-like wing tattooed on each of her thighs, again embellished with flowers.

The surprise new designs come after Katie overcame a bout of suspected food poisoning that forced her to take a break from social media.

Her new designs join a garter around her upper thigh, portraits of fiancé Carl Woods on her forearms and a floral tribute to terminally ill mum Amy.

Katie looked proud of her new designs as she strutted her stuff on the beach before taking a seat on a bean bag.

She has been enjoying some rest and relaxation following a string of court appearances.

Yesterday we showed her relaxing in a hammock in a neon green bikini.

In her latest snaps she wore striking shades and chatted on the phone during her solo beach day.

Katie, whose long-running bankruptcy case is still yet to be resolved, has been flogging used clothes on Depop and sexy pics on Only Fans in recent months.

Prior to her holiday, she dodged a jail sentence after branding ex-husband Kieran Hayler’s fiancee Michelle Penticost a “gutter s**g”.

She could have been jailed for a maximum of five years for breaching her restraining order, but was instead handed an 18-month community order, 170 hours of unpaid work and £1,500 costs.