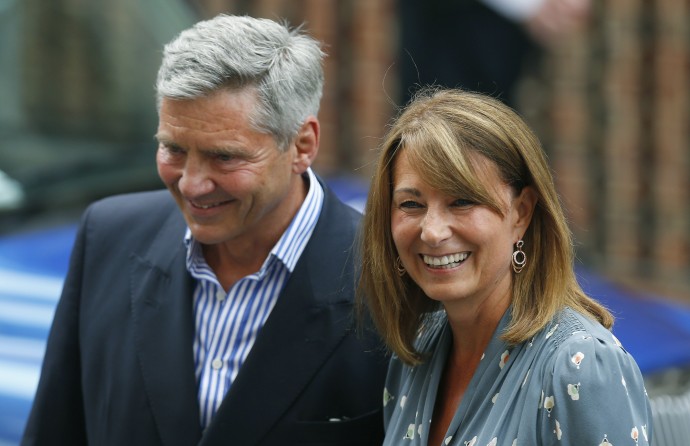 It is believed that Kate Middleton has not spoken to her mother Carole for three months because the latter tried to take over her home life.

Tension reportedly grew between the Duchess of Cambridge and her mum, which started in the early days of the pandemic. The mum-of-three used to always turn to her mother for extra help with her children Prince George, 8, Princess Charlotte, 6, and Prince Louis, 4.

However, the 63-year-old has reportedly become too involved with the royal’s home life that it became intrusive. A source claimed that she became a “very push mother” to the point that Kate Middleton had no choice but to tell her “to back off.”

Referencing that time in the early days of the pandemic, the insider said that the Duke and Duchess of Cambridge were finally able to stay home to attend to their children without assistance. It was said to be the first time that the 40-year-old got to be with them full time and she enjoyed every moment of it.

“The Duchess embraced every minute of it and realised she can do without her bossy mother trying to take over,” the source said according to OK! magazine, adding that Carole would just come in unannounced and expect to take over the children.

“Kate would be in the middle of a Zoom call or homeschooling the kids, and it would be Carole with a suitcase expecting to stay over. She’d walk into the house like she owned the place and try to take over the homeschooling and tell Kate how to dress the kids,” the insider remembered, adding that “it irritated William to no end.”

Moreover, the source claimed that Prince William did not want his mother-in-law there “at night after the kids were put to bed.” It is said to be the “only quality time he gets to spend with his wife.” Likewise, Carole’s love for her royal grandchildren is believed to be “bordering on obsession.”

The insider added that Prince William and Kate Middleton are also annoyed that Carole uses her royal connection to promote her business “Party Pieces.” She even has Platinum Jubilee-themed products which are deemed “tacky.” The duchess reportedly “can’t take any more humiliation and told her mum to stop pushing her products” onto the royal family.