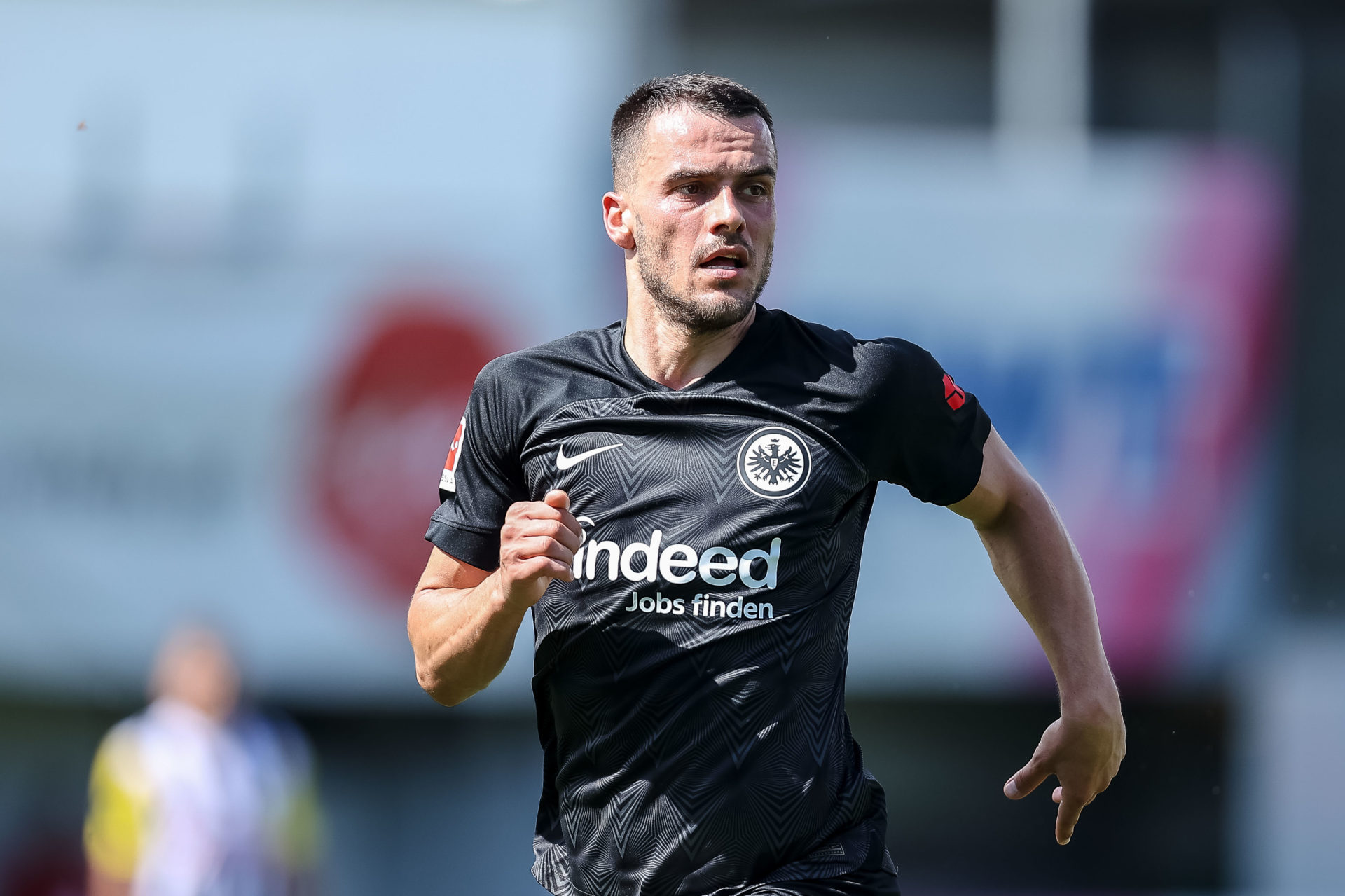 Juventus will now reportedly increase their transfer offer for Eintracht Frankfurt star Filip Kostic, with the Serie A side now in pole position to sign the Bundesliga attacker over West Ham, who have been chasing the forward.

According to Gazzetta dello Sport, the Italian giants will look to match West Ham’s offer for the Serbian international, with the report stating Kostic is eager to sign for Juventus despite strong interest from David Moyes’ side in recent weeks.

Kostic played a huge role last season in Frankfurt’s UEFA Europa League triumph, but with one year left remaining on his contract, the German side are open to cashing in on the 29-year-old winger this summer, with previous reports stating that the Bundesliga star could leave for as much as £16m.

West Ham have been in talks with Frankfurt for Kostic for some time, however, as per Gazzetta dello Sport, Juventus’ interest has peaked the attacker, and the former Hamburg star is now keen to move to Turin, where he will play UEFA Champions League football for the first time in his career.

Lauded by former Frankfurt director Fredi Bobic as an ‘extraordinary’ player, Kostic is ready for a big move after being one of Eintracht’s best players in recent years, and whilst West Ham and the Premier League would have been an upgrade on the Bundesliga, there’s no denying that Juventus is too good an opportunity to turn down.

With Massimilano Allegri eager to bring the Scudetto back to Turin, Kostic could play a big role in Juventus reclaiming the Serie A title, and with Champions League football on offer, the Serbian attacker could achieve a lot more than if he was to sign for West Ham.

Kostic should sign for Juventus despite strong West Ham interest

West Ham have made huge strides under Moyes since the Scottish coach’s return to east London, but for Kostic, there’s no denying that signing for Juventus at this stage of his career would be the more exciting move, with the winger hitting the peak of his footballing abilities.

Although the Premier League would have been a fantastic league for Kostic, Juventus and regular Champions League football is a huge selling point for the winger, and whilst West Ham’s project is exciting, the Irons simply can’t offer anything close to what the Bianconeri have on show.

In other news, ‘Get rid: Jamie O’Hara says Arsenal 29-year-old ‘lets you down’ and needs to go