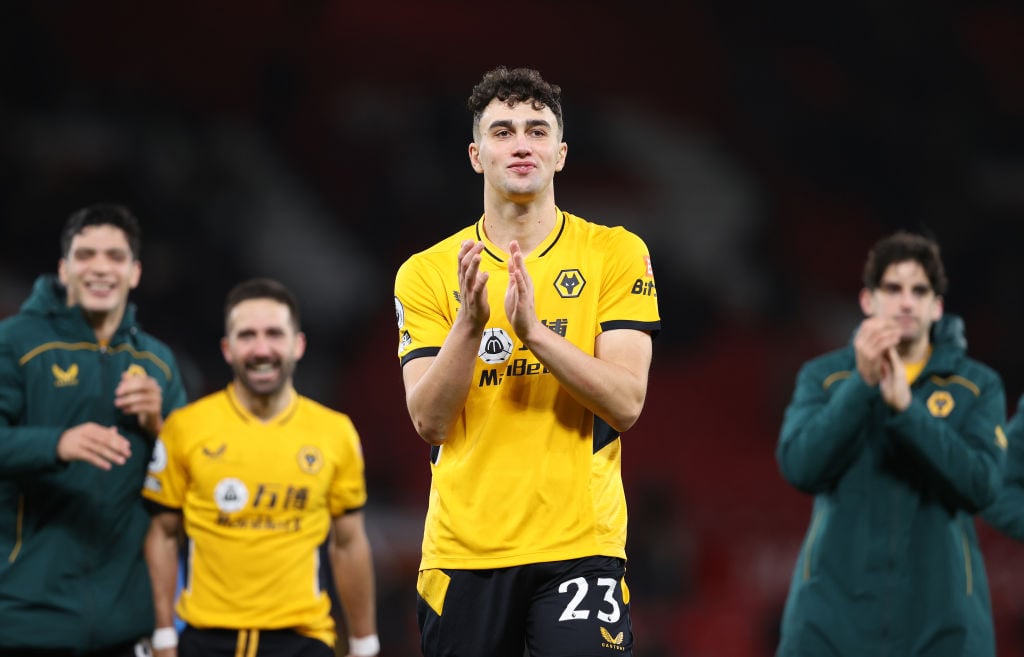 Speaking on the Last Word on Spurs YouTube channel, CBS journalist, Ben Jacobs, has been discussing Tottenham’s interest in a new defender and Max Kilman.

Spurs have been linked with a plethora of big-name defenders this summer from Josko Gvardiol to Alessandro Bastoni, but according to Jacobs, they’ve also had their eye on a rather more low-key domestic option.

Indeed, the journalist says Tottenham have actually scouted Wolves defender Max Kilman, and while they’ve not made a move this summer, Jacobs hinted that he could be an option.

The reporter claimed that Spurs have scouted Kilman.

“Tottenham have also, by the way, scouted Max Kilman historically which is more of a domestic option, they’ve not made any kind of move over the course of this summer, but it will be interesting to see if that changes. I don’t think Wolves would like to sell,” Jacobs said.

Kilman isn’t the most glamorous defender Spurs have been linked with this summer, but it would be very interesting to see him play under Antonio Conte.

As a former futsal star, Kilman is one of the most technically proficient defenders in the Premier League, and if Conte could bring on the physical and tactical side of his game, he could become a star.

Yes, he’s never played at the top level – he’s never even been capped by England at the age of 25, but Conte knows how to transform a defender and Kilman could be a great pet project for the Italian.

Of course, as Jacobs says, Wolves won’t been keen to sell the 25-year-old, but if Spurs’ interest in genuine, they could force the Midlands club’s hand.

Kilman would certainly be intriguing to watch under Conte if this move came to fruition.

In other news, ‘So agile’: Declan Rice says 31-year-old player Chelsea sold one of his toughest opponents