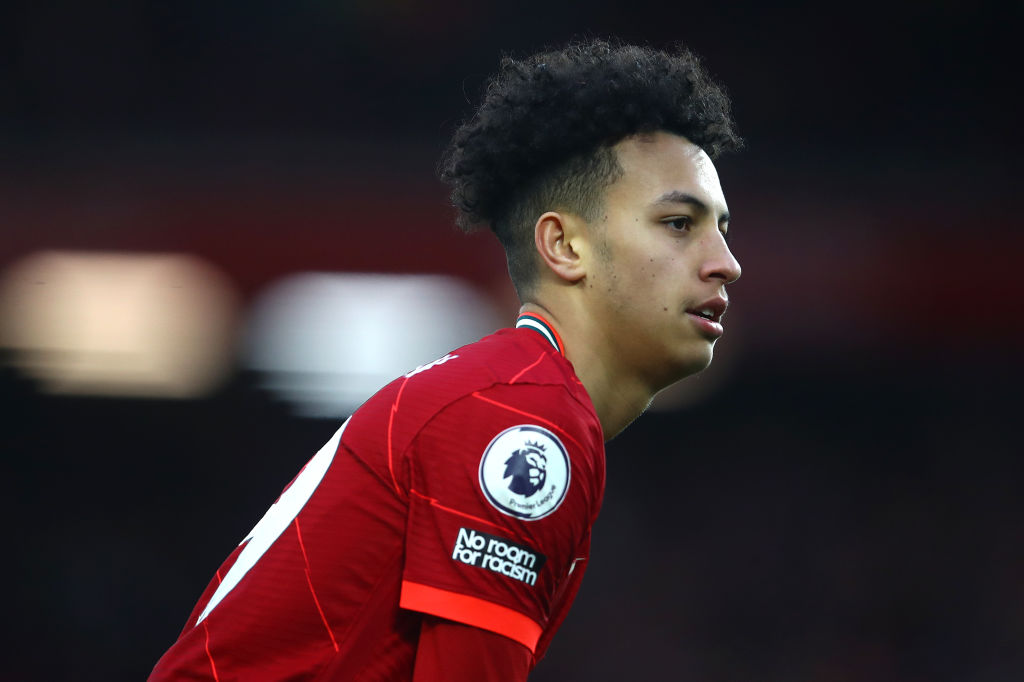 Speaking on The Redmen TV Podcast, Neil Jones has shared what he’s heard about Kaide Gordon and a potential move into the midfield.

Gordon has been very impressive for Liverpool since joining from Derby County in the summer, and while his performances have only been fleeting, he’s certainly caught the eye.

He placed 28th on Goal’s NxGn list, while he’s already been branded as ‘exceptional’ by Jurgen Klopp.

However, while Gordon has made his name as a winger so far, Jones claims that there has been talk about the 17-year-old playing as a number eight in the future.

“You’re right, Liverpool have moved players back in the past, Curtis Jones moved out of the front three, Coutinho did it before that, Ox, Elliott and now, I’ve spoken to people, and it’s very early in his career so let’s not put this out hard and fast, but I’ve heard people say that Kaide Gordon can play as a number 8 if you need him to,” Jones said.

Whether or not Gordon settles as a winger or as a midfielder remains to be seen, but having this sort of versatility in your locker certainly can’t hurt.

As Jones said, Liverpool love using a converted winger in the midfield – Curtis Jones, Harvey Elliott and Alex Oxlade-Chamberlain are fine examples, and it seems as though Gordon could follow in their footsteps too.

This youngster has a bright future, and the fact that he’s already showing his versatility is yet another good sign.

In other news, ‘You look at Tottenham’: Ian Wright expresses his frustration at Arsenal