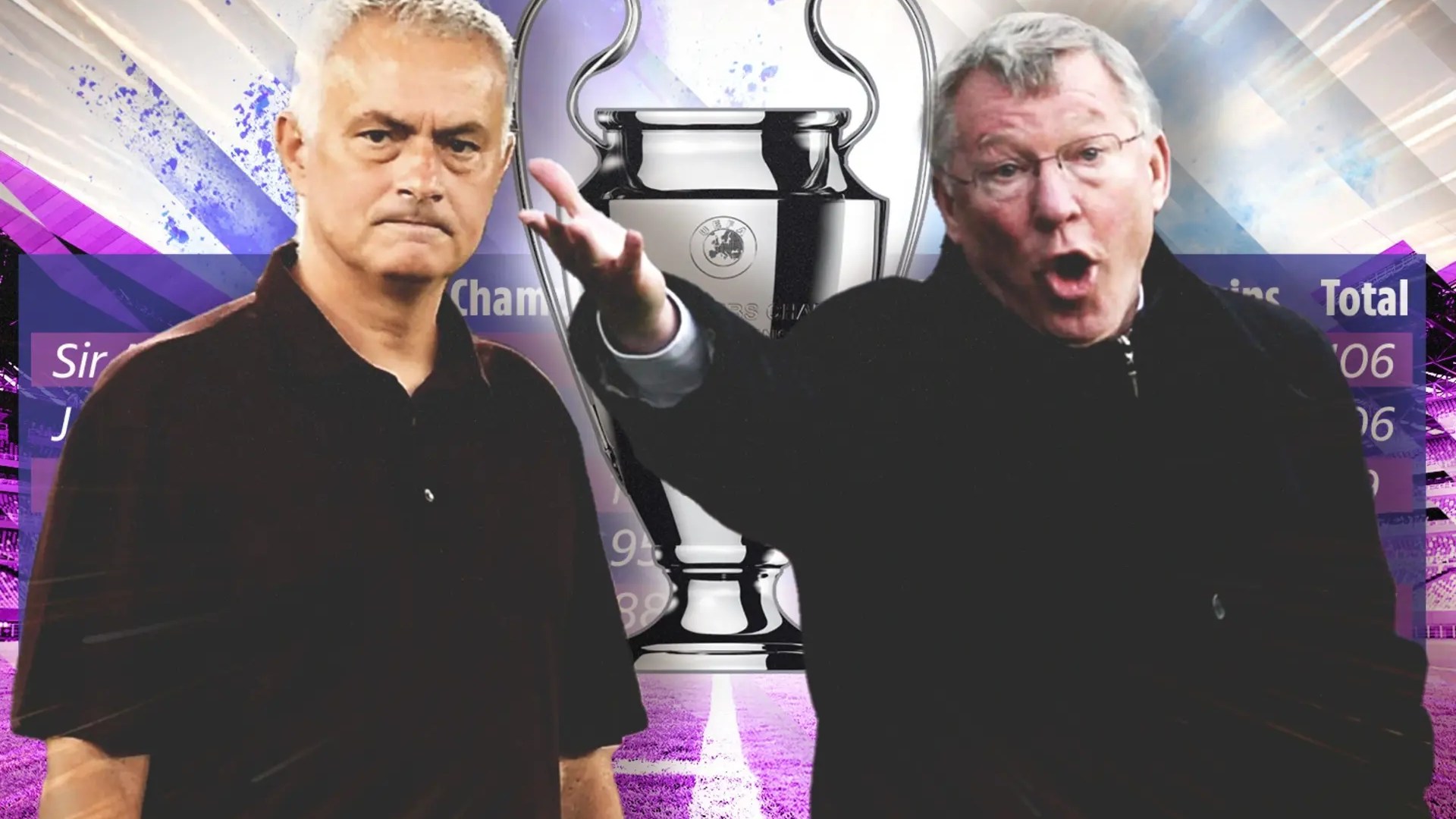 Dating back to 1992, Fergie won 106 matches in the Champions League and Europa League, with just one of those victories coming in the latter.

Mourinho has now equalled the United legend after his Roma side beat HJK Helsinki 3-0 in the Europa League on Thursday.

But the Portuguese is still 25 wins away from matching Ferguson’s total number of victories in the Champions League – though he has managed 43 fewer games than the Scot.

The former Chelsea boss also has more wins in Europe’s top two competitions than both Arsene Wenger and Pep Guardiola since 1992.

The Manchester City boss has 95 Champions League wins but has never managed a Europa league game.

While Wenger falls one short of Ferguson and Mourinho with 105 victories.

Mourinho is set to add to his tally this season with Roma set to play at least four more games in the Europa League group stage.

The Italian giants have good pedigree in European competition under Mourinho too, winning the inaugural Europa Conference League earlier this year.

I Giallorossi have also enjoyed a good start to the Serie A season and are just one point shy of league leaders Napoli are winning four of their first six matches.